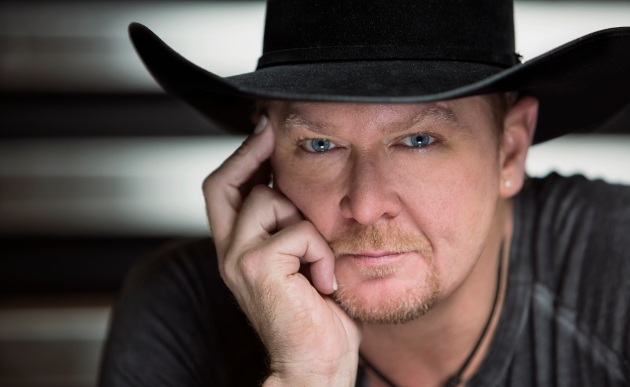 Well past his commercial prime, but not quite long in the tooth enough to be considered a bona fide legend, Tracy Lawrence is in that precarious position in a country music career where he can no longer pretend if he cuts the right tune, mainstream radio will pay any attention to it, yet it doesn’t feel like he’s next in line for the Hall of Fame either, at least not yet. It’s a no man’s land that may not be envious to inhabit, but it also affords you the latitude to do whatever you want. That’s what Lawrence does on Made in America.

Tracy Lawrence may not have a shot at radio anymore, but he’s certainly been a beneficiary of the resurgence of interest in 90’s country lately, of which he played a pretty major role. Starting in 1991 with his very first single “Sticks and Stones,” Tracy Lawrence logged 19 straight Top 10 songs through 1997, including seven #1’s, six #2’s, and only two songs total didn’t make it into the Top 5 during that time. Songs like “Time Marches On” and “Alibis” make the Texas native a name immediately recognizable to most country fans, and one that allows nostalgia to well in the listener for a time when country still sounded country.

Tracy Lawrence promised back in April that Made in America would be “very country,” and he doesn’t disappoint in the 12 tracks of the new record, eight of which were penned by Lawrence. Though his voice may not be iconic in the sense of someone like Dwight Yoakam or George Jones, it’s distinct enough to stand out. And just like with all true country stars as their careers elongate, the tone of their voice becomes even more compelling with age as the weight of their contributions to the genre result in warm recollections from the listener. 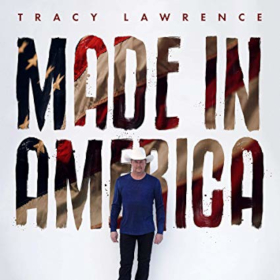 Made in America isn’t just traditional in the sense of the music and style, but in the theme. It’s not fair to label it as some jingoistic work like an early 2000’s Toby Keith collection, but Tracy Lawrence does have a message here, and that message is that America is worth standing up for, and so are the principles of hard work and personal responsibility.

The title track speaks for itself, and is probably guilty of being a bit of a rehash of many other fist-pumping tributes to the Stars and Stripes, even if it does set the table well for the rest of the record. “Running Out of People To Blame” carries an important tough love message that resonates well. And regardless of what you think about redneck America, “When The Cowboys Gone” makes a great point about how it’s those brave and rugged souls who are tasked to run towards burning buildings and active shooter situations, and volunteer to fly overseas and serve, and how we would be lost without them.

There’s not just nostalgia present in listening to Tracy Lawrence sing, there’s nostalgia in the writing of Made in America from the way Lawrence recalls the early days of his career for inspiration. “Givin’ Momma Reasons to Pray” hearkens back to the early part of Tracy’s career when he must have caused quite a few nights of worry for Mrs. Lawrence by setting out to be a musician instead of a more stable career. “Work On My Willie” is part Willie Nelson tribute, part recollection of a time when playing old country covers is all up-and-comers like Tracy Lawrence looked forward to. And “Chicken Wire”—though veering a little more into the rock realm with the musical style—is a damn fun song, and reminds you of all those stories from oldtimers like Willie (and also immortalized in the movie The Blue Brothers) where you’d have to play behind wire mesh in the roughest of honky tonks to avoid flying objects from rowdy crowds.

The writing becomes a little cliche near the end of Made in America, when Tracy Lawrence’s name doesn’t appear in the credits, and the record loses a bit of its personal touch. With some tweaks, “Just The South Comin’ Out” could be a Jason Aldean tune, and “Stay Back 100 Feet” probably should have stayed in the idea phase for a song instead of making it on the record. In the middle are a few good love and heartbreak songs like “First Step To Leaving” and “It Ain’t You.”

Made in America is a traditional country record indicative of the 90’s era when Tracy Lawrence cut his teeth, and that sure beats the hell out of whatever they’re playing on country radio today, even if it feels a little dated to some ears, and the quality of some of the writing gives out near the end. Yet even with some of the more shallow songs, Made in America is just a fun record to listen to even when it’s sad. It’s also a record that makes you wish that guys like Tracy Lawrence were still on the radio, yet glad they’re not trying to be.

Purchase Made in America from Tracy Lawrence

Purchase Made in America from Amazon

Made in America, Review, Tracy Lawrence