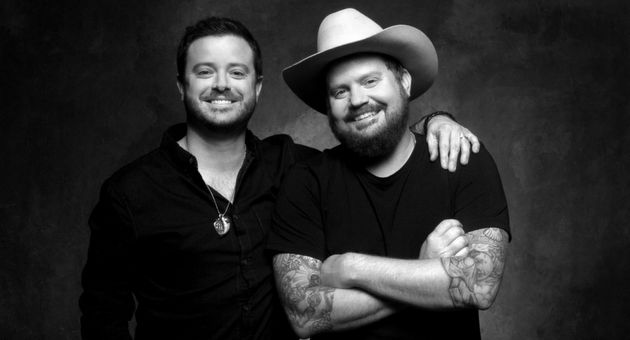 But they will all be missing out on an opportunity to hear what will be one of the best traditional country records released in all of 2015.

Boy howdy did Wade Bowen and Randy Rogers absolutely clobber the ball out of the park with this one. When I first heard they were making a studio version of their laid back, and sometimes poorly-promoted and hastily-booked “Hold My Beer and Watch This” acoustic shows annually embarked on between bigger tours, I thought we’d get a bunch of stripped-down covers, a few acoustic collaborations, and maybe a studio track or two; something more for the serious Red Dirt fan as opposed to a wide swath of the country music population. Instead we get a completely fleshed out album full of original songs that rival or potentially surpass the work either of these Texas country stalwarts have done on their primary projects, or any traditional country album released in a while. 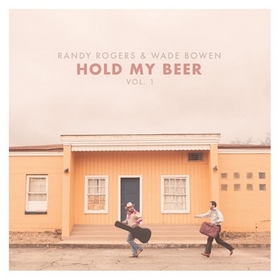 And when I say traditional country, I’m not speaking in hyperbole or close approximations. I’m talking steel guitar and fiddle, I’m talking twang and texture, with really no departure from the traditional approach at any point. But if you come for the music, you stay for the songs, and Hold My Beer Vol. 1 showcases some of the best writing you can find in the achingly bereft country music landscape of today.

First and foremost this is supposed to be a fun project capturing these two headliners swapping stories, and they don’t lose sight of this throughout the record. But the choruses deliver so strongly in songs like the opener “In The Next Life,” and in the semi-protest song and possibly strongest track “Standards,” you could almost consider Hold My Beer as a songwriter effort first. Even some of the lighter songs like “Lady Bug” still impress in their penmanship. As the song “Standards” explains, these songs are standards with standards, meaning I wouldn’t be surprised to hear quite a few of these songs being sung by others in the future.

As much as your ears want to gravitate toward “Good Luck With That” and “Standards” as the best songs, an extended listen might reveal “El Dorado” as the gem of the project. Though songs about the young man choosing to finally settle down have been done so many times before, I don’t know if they’ve ever been done this well. The structure of this song, and Wade and Randy’s cattle calls near the end really draw the emotion to the surface in a way few other songs accomplish. Put it in the “Pancho & Lefty” stratosphere of emotional impact.

And overall what makes Hold My Beer so special is just how personal the record is to both Wade and Randy, and to the friendship between them. 15 years is a long period to draw inspiration for songs, and this record works like a travelogue for these two men’s journey in the music business. It’s starts out talking about their early struggles while looking back with no regrets, is bisected by struggling with success and settling down, and ends with talking about growing old in a young man’s game.

Beyond whatever assurances to prospective country music purchasers of this music that I could convey, or whatever superlatives might be levied in support of this effort, what Wade Bowen and Randy Roger do in Hold My Beer Vol. 1 is offer hope for the future of authentic country music, and once again prove that Texas does it better.