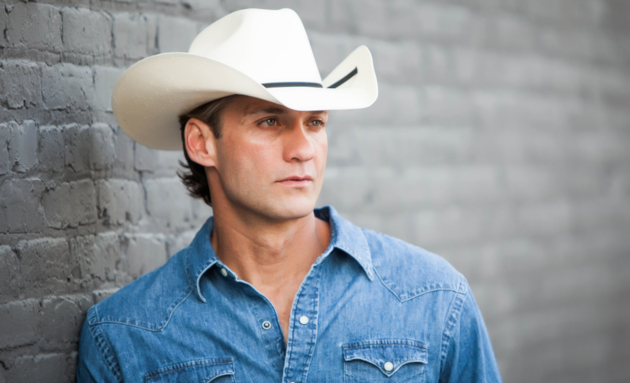 Where in the world has Wade Hayes been? He’s been hiding in the same dark honky tonk on the edge of town as actual county music for the last decade or so. How country is his latest record Who Saved Who? The title track is about the love of his dog if that gives you any indication. That’s to say his newest album is unapologetically country, untouched by the dirty hands of the fickle and trend-based Southern pop they try to label as country today. There’s no retro throwback styling or hipster irony here. Wade Hayes and Who Saved Who is just country music.

In case you didn’t know, Hayes was one of the hottest new things in country in the mid 90’s. His debut single “Old Enough To Know Better” and its video shot at Gruene Hall in Texas hit #1, and he put together five Top 5 hits in the first three years of his career like it was nothing. Wade earned a nomination for the ACM’s Top New Male Vocalist, and was in the running to become country music’s next hottest thing. But you know how this story often goes with country talent that is tough-nosed and unwilling to compromise. Three records into his deal with Columbia Records and a couple of poorly-performing singles, and he was out of the major label business.

But it’s questionable if Wade Hayes ever needed to be hobnobbing in the mainstream country crowd to begin with. The Oklahoma native started out purely as a guitar player with designs on becoming the next Don Rich, picking lead for Johnny Lee. But Wade was too talented to not set at center stage. When the hits gave out, Wade Hayes didn’t give up, he just kept going in whatever capacity he could, playing in a duo called McHayes with Alan Jackson’s fiddle player Mark McClurg, and then ending up in the backing band for Alabama’s Randy Owen. Even with a slew of major hits and two gold records, Wade Hayes was back being a side player by the late 2000’s. 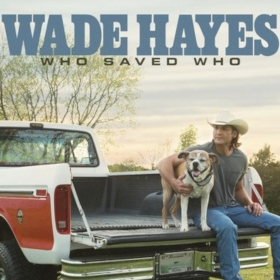 In 2011, Wade took a turn for the worse when he was diagnosed with Stage IV colon cancer. Hayes initially beat the disease, only to have it return in the fall of 2012. It was a tough time to get through, but Wade had a furry companion with him along the way. The words of the title track of this new album are not a work of fiction or a cheap way to get the audience teary-eyed. From finding the rescue he named Jack at a gas station 70 miles outside of Nashville, down to the pizza crust Jack had in his mouth when he hopped up into his truck cab, the true story of Wade and Jack is captured right there in the tune.

So are many other compelling stories on this record, from sentimental loves songs like “Beautiful Mess” and “Better With My Baby,” to the reassuring lines about the state of country music in “Honky Tonk in Texas,” to arguably the other standout of the lot, “Ask That Girl to Dance” solo written by Wade himself. Hayes wrote most of Who Saved Who, but notable songwriting collaborators also appear such as Ward Davis, Radney Foster, George Ducas, Jake Worthington, and Roger Springer.

Who Saved Who was released in December (2019) with little notice or fanfare. Just like so many of the guys from the 80’s, 90’s, and even early 2000’s that rose to the top of the mainstream but seemed to disappear just as quickly after they wouldn’t capitulate to whatever trend happened to be hot at the time, Wade Hayes is not out there trying to hold onto his past glory and preserve his radio relevance. He’s trying to hold onto and preserve country music.

Taking the ups and down of life, health, and love that he’s experienced very intimately in the past few years, Wade Hayes makes a record that deserved to be paid more attention to in Who Saved Who.

Purchase Who Saved Who from Wade Hayes