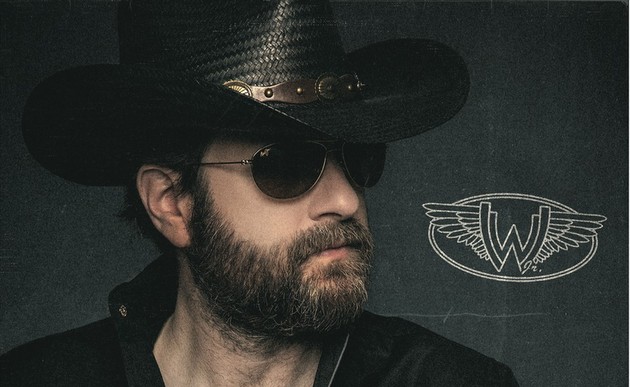 When you talk about preserving the traditions of country music, you wouldn’t immediately think of a comedian with a canceled cable show appearing out of nowhere to releasing one of the most lewd records in country history as being something in line with the lineage of the genre. Ben Hoffman, who dreamed up the foul-mouthed Wheeler Walker Jr. and developed his back story of a Nashville songwriter and performer whose been under the radar and jobbed by the industry, may not even know what role he’s fulfilling either.

From the beginning of country and roots music, comedy has been a part of the show. From The Grand Ole Opry, to The Maddox Brothers and Rose, humor was what country music performers used to keep audiences engaged in between songs. The Opry kept comedians and post-Vaudeville performers on staff during its early years, and artists like Ray Stevens and shows like Hee-Haw have helped keep those traditions of mixing country and comedy alive.

And believe it or not, there’s even a deep history for more lewd comedy that would happen in country music under the covers. Roy Acuff, the “King of Country Music” cut dirty songs when nobody was looking, and so did other early country legends, some under assumed names. These recordings were like the peep shows of music in the early days, passed around at beer parlors or in the back rooms of studios. Bear Family Records has a compilation called  Eat to the Beat released in 2006 that assembles some two dozen X-rated dirty blues songs from the early times of American music full of raunchy humor that would rival anything from today.

All this led to the songwriters of the 70’s like Shel Silverstein pushing the limits, and on to David Allan Coe’s controversial X-rated albums. If it wasn’t for the racism (perceived or actual) in those records, they may be considered country music classics, and still are by some. Ween’s 12 Golden Country Greats from 1996 is a legendary record with plenty of lewd material, and The Beaumonts from Lubbock, TX and the famous daughters of Folk Uke carry on the traditions of lewd country up to today. Even Vince Gill in a recent interview with Billboard said, “I’ve always wanted to record a bunch of really dirty songs under a fake name that showed my sense of humor. You know, like Roger Miller with an X-rating.” 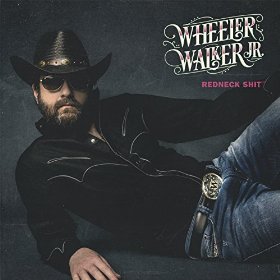 It’s the wholesomeness of classic country music that makes a completely crass album so effective. In the 90’s, comedian Bob Saget was famous for his cornpone, family-friendly humor on America’s Funniest Home Videos, but when it came to his stand-up routine, would let loose with some of the most lewd material possible. One could argue that the adult side of country music has been dramatically under-served in the last couple of decades. You start digging deep enough and you’ll find quite a few X-rated artists and parody personas, but none of them recently have received the type of push behind them or been quite as crass as Wheeler Walker Jr.

It was a friendship with Sturgill Simpson—a fan of Ben Hoffman’s The Ben Show on Comedy Central—that resulted in Hoffman getting hooked up with producer Dave Cobb, and eventually in a studio with a crack team of session musicians cutting completely inappropriate country songs in a totally authentic manner. It was a similar approach to Ween back in the 90’s, where Wheeler showed up with the material, and session players did the rest, except in Wheeler Walker Jr.’s case there’s nothing subtle going on beneath the surface. It’s all out in your face from the very start.

It was either genius, or unfortunate to release “Fuck You Bitch” as the first song off the album, because despite the title, it’s the cleanest, most straight-laced song on the project if you can believe it. It may have lulled the public into thinking there was a semblance of seriousness here, when in reality, there’s nothing of the sort. Redneck Shit is all about trying to shove as much offensive language and behavior into songs as humanly possible.

The genius of Redneck Shit is how each of the 11 songs is perfectly structured and stylized to reflect a specific era or influence in classic country music, making the album a really strong country music experience beyond the lyrics. The music of Redneck Shit is excellent. And so are the lyrics if you’re looking for belly laughs. By the 11th song, since the lewdness is 95% based around sex, it does get a little bit tedious, especially with subsequent listens. But the music never does, and most of the songs have things in the lyrics that make them more than just lewd words. It’s intelligent toilet humor in how it’s able to pull as much wit out of the same premise for the most part. Giving Wheeler Walker a little something extra to work with is the fact that he appears to be an equal opportunity lech, and will practice his sexual perversion on either side of the chromosome split.

The obvious question with an album like this is how can we admonish Florida Georgia Line for a line like “Stick the pink umbrella in your drink,” or Steven Tyler’s “Free fallin’ into your yum yum,” yet let this slide on the acceptability scale. The main difference is that Redneck Shit is for adults, and by adults. They’re not putting this stuff out on the publicly-owned radio airwaves, stimulating 13-year-old girls to go Google the lyrics to figure out what’s going on. Wheeler Walker is too ridiculous to be considered misogynist, and that’s also the genius of his “swing either way” persona. He’s being equally derogatory towards everyone, and most especially himself.

Obviously, Wheeler Walker Jr. is not for everybody and will draw polarizing lines, and the male vs. female ratio of fandom will be  dramatically tilted towards the male side on this one. But Redneck Shit is very well done. Forced to listen to 90 minutes of this music on stage might be a little too much to ask, and it will be interesting to see where Wheeler Walker Jr. can go from here. This music is best served in smaller portions. But it appears country music finally has a new court jester and he’s got one hell of a potty mouth.