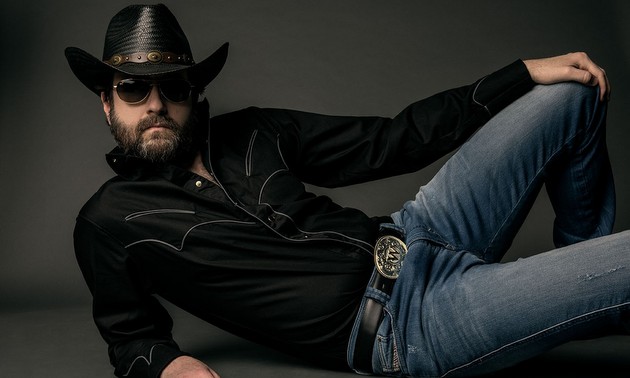 I get it, you take to the internet to read insightful and incisive reviews on records you may or may not purchase or stream. But on this particular project, I really don’t know what to think about it, or what to tell you to think about it. More specifically, I can see it both ways, and think that both sides of the Wheeler Walker Jr. argument are right, and with merit. His music and persona have become like college football and politics, meaning they’re an extremely polarizing subject, where passions run deep, and people often lose perspective when discussing the matter.

Perhaps to the surprise of some, comedy has always been critically important to country music, including crude comedy. It’s part of country’s roots. It’s just gone extinct in recent years like the fiddle and steel guitar. Did you know that in the early days of the CMA Awards, they gave away an award for Comedian of the Year? Roy Clark, who just passed away, won the award in 1970. His role on Hee-Haw helped open up country music to millions of people. Country music’s first superstar, Roy Acuff, recorded smut songs early in his career, not to mention the joke songs of Bobby Bare, Shel Silverstein, and even in more modern times, Brad Paisley.

But the problem with Wheeler Walker Jr. is he goes too far for a wide swath of country fans, and hasn’t freshened his bit. It feels like he just showed up yesterday, and here he is releasing his third record. Is it funny? Sure it is. It’s hilarious … the first pass through, and from a 14-year-old pubescent boy’s perspective. But just like a knock-knock joke, it loses its potency by a whole step each new time it’s told. Maybe that’s one reason Wheeler’s been forced to spit out so much material in such a short period—to feed the beast so to speak. But subtly and innuendo often last longer, as does the cunning an artist must use to avoid censors yet still get their point across. Insinuation is a lot more enriching than Wheeler Walker Jr.’s brand of overt vulgarity. It’s fleeting, if you’re not predisposed to find it outright grating or highly offensive off the bat. 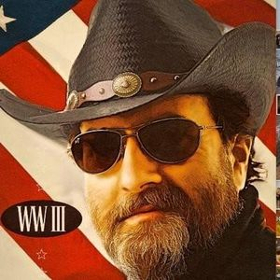 On WW III, comedian Ben Hoffman does change his approach a bit. The music produced by Dave Cobb is still straight down the middle traditional country, and expertly performed by the Studio ‘A’ Team. Once again the music deserves to score high marks if nothing else. But Hoffman tries to work in a little more depth in this record, believe it or not. You may laugh at the idea that Wheeler Walker Jr. is doing anything more than just spewing the same smutty material he always has, but he took notice from some of his early songs that people would sometimes listen beyond the comedic value, and find some sentimentality. Yes, maybe these “some” people are strange birds to begin with, but it is also much of his core audience.

The story of WW III is that Wheeler is now married, settled down, and has a kid. This results in songs that are more monogamous, even if they still aren’t very mature. It does give the record a bit of a narrative, and it’s one that mirrors Ben Hoffman’s real life. But if you either attempt to suspend disbelief too much, or try to buy into the story too deeply, the jokes on you, just like if you get in a Twitter sparring match with Wheeler, and lose sight of the fact that he’s a completely fictional character.

There is a point where you can be too uptight about what Wheeler Walker Jr. is doing. It’s not hypocrisy to explore the importance, impact, or entertainment value of Wheeler Walker Jr., while also giving someone like Florida Georgia Line holy hell for lines like, “Stick the pink umbrella in your drink.” Bad Bro-Country is being pushed out through the public airwaves for mass consumption, while Wheeler is clearly adult-only material. That said, it’s also probably not fair to give Walker Jr. a full pass for the moral dilemma his music can present.

Yes, it’s comedy. It’s not real. But there is a moment where you desensitize the public so much, lines of decency can get blurred in real life. It’s also funny that some of the most haughty social justice types give Wheeler Walker Jr. a hard pass because he talks about homosexual behavior in some of his songs, so they can explore how “the extrapolation of homosexual acceptance in country music’s traditionally conservative environment may blah blah blah…,” somehow giving Wheeler Walker Jr. credit for making the world a better place, which is thinking way too much into it.

It’s a very fair question if there’s room for Wheeler Walker Jr. in the #metoo world. We should be able to separate a fictitious character from the real actions of America’s scoundrels, but again, the lack of variety, and the degree of vulgarity of Wheeler leaves his left flank open to fair criticism on social grounds, while also clearly being in the bulls-eye for the prudes on the right. It’s also happens to be this polarity that makes him especially effective at stirring the pot in country music. But the ultimate criticism remains that the lack of variety is Wheeler’s Achilles heel. We want to squint and make Wheeler Walker Jr. our generation’s version Roy Clark, Shel Silverstein, or Ween’s 12 Golden Country Greats. But in the end, he just isn’t. He’s just a vulgar guy with a great band.

Wheeler Walker Jr. is a one trick pony. He performs that one trick well and drives some folks wild, sells some records, and packs out clubs wherever he goes. But there’s a hard and fast ceiling above where this will ever lead. Wheeler loves to complain about being censored, and it’s hard to tell where the bit ends, and his true frustration at being locked out of the traditional routes of promotion such as music retailers and streaming services begins. Wheeler Walker Jr. shouldn’t be put out there where parental filters won’t catch him, just like he should be allowed to exist where they will.