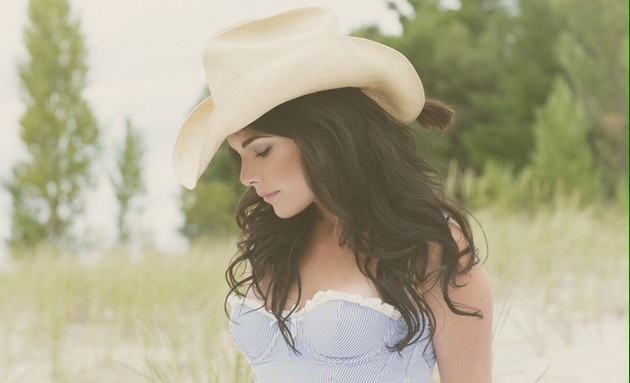 I don’t know what they’re lacing the Canadian municipal water supplies with these days that allows the great frozen north to churn out authentic country and roots artists worthy of ears in bumper crop fashion, but they better import some of that concoction down here to the States post haste because Canada is kicking our ass in cool new country artists per capita.

The latest rolling out brand new old school country jams is Toronto, Ontario’s Whitney Rose—a sensational songwriter and singer who has just released here sophomore album Heartbreaker of the Year via Cameron House Records. Not your run-of-the-mill singer/songwriter record, Whitney toured throughout Canada in support of the legendary Cuban-inspired country outfit The Mavericks in 2014, and the extended trek codified a working relationship with frontman Raul Malo who took the reigns as producer of the new ten-song effort.

Whitney self-describes her music as “vintage-pop-infused-neo-traditional-country,” and after repeated spins of this new record, I’d say this description is not too far off. Eight self-penned tracks are offered up for audio consumption, and the two covers—Hank’s “Tear In My Beer” and The Ronettes’ “Be My Baby”—speak to the somewhat disparate, yet still strangely-intuitive throwback influences that comprise Whitney’s unique and compelling sound.

This combination of classic country and old school pop also make Raul Malo and excellent choice for a co-collaborator since he’s been working in similar mediums for some 25 years. Malo also dragged fellow Mavericks Jerry Dale McFadden, Jay Weaver, and Paul Deakin up to Canada to help record, and along with steel player Burke Carroll, Drew Jurecka, and principle Whitney Rose band member, guitarist Nichol Robertson, they churned out one hefty vintage-feeling country record in a cool four days. 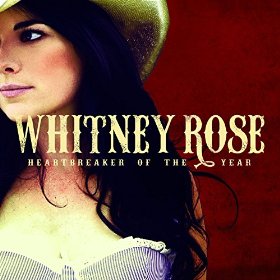 If Whitney Rose has written or sang a bad song, you won’t hear it here. Sultry, dynamic, spicy in the way it slides between styles yet continues forward cohesively, Heartbreaker of the Year is quite the exhibition of Whitney’s talents. Though it would be a sin to gloss over the original material, Whitney’s duet with Raul on “Be My Baby” is so tight, and so handsomely sung, this rendition is worth this album’s price of admission alone.

But the original material is what attests to Whitney’s lasting appeal. Songs like “The Devil Borrowed My Boots Last Night” and “Heartbreaker of the Year” are just indicative enough of classic writing, yet still original enough to retain relevance to modern ears that it wouldn’t be a stretch to label them timeless. Whitney goes from go-go booted 60’s pop rock in “My First Rodeo,” to sheer classic country heartbreak in “The Last Party” like flipping a switch. Though it’s a sleeper in the next-to-last track position, “Lasso” might be the song with the juiciest melody on this record.

The production of Heartbreaker of the Year finds the right mood for each song virtually the whole time, despite the four-day time constraints the album was recorded under, and the raw form in which Whitney brought the songs into the studio. There’s plenty of space for Whitney’s voice to breathe, though “Heartbreaker of the Year” and “Tear In My Beer” felt a little simple in the instrumental composition, especially in the percussion, with the latter feeling a little tired by the end. At times it also seemed like Whitney’s voice, though strong otherwise, wasn’t really projecting on the recording. It’s hard to hear what she’s saying at the beginning of “Only Just A Dream” for example.

Another female Canadian-born songstress with a penchant for shifting between classic American music styles by the name of Tami Neilson set the standard in 2014 for this type of throwback record, and Heartbreaker of the Year is an album that touches stylistically on a similar vein.

With the help of Raul Malo, Whitney Rose comes into bloom, and lends credence to the idea that women are the ones helping lead country music out of the clod, frozen wasteland.

Preview & Purchase Tracks from Heartbreaker of the Year