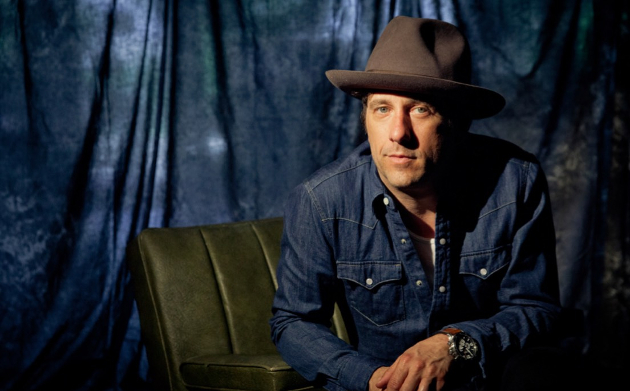 It’s one incredible and important attribute of music that it contains the ability to change the world by shaping hearts and minds through the execution of melody and verse. In 2015 when legendary songwriter Bob Dylan was honored by the MusiCares arm of the Grammy Awards, he was introduced by former United States President Jimmy Carter who admitted humbly that Dylan probably had more impact on the world than his own as the leader of the free word. “His words on peace and human rights are much more incisive, much more powerful and much more permanent than those of any president of the United States,” Jimmy Carter said.

Many songwriters are patently aware of the power their words can have, and specifically from witnessing the social change people like Dylan and others were able to enact in previous eras. Songwriters with a conscience are often eager to try their own hands at the occupation of shaping the world through music. Changing the world is commonly one of the very reasons they chose to be a songwriter in the first place. And at times of peril, they feel compelled to speak up and share their perspectives.

Songwriter Will Hoge has spend his career canonizing the common man and singing about his struggles, becoming sort of a more thoughtful, alt-country version of Mellencamp with music that carries the tone and meter of Heartland rock. But with his most recent album My American Dream, Will Hoge leaves all nuance and allegory behind, and instead offers a naked and unabashed eight-song excoriation of white people, Republicans, Christians, older individuals, the wealthy, and anyone else who may get caught in the crossfire as collateral damage in an effort that is only fair to categorize as uncompromisingly acidic and condemnatory, delivered in a scattershoot fashion.

Far from the poetry, wisdom, and patience someone such as Dylan exercised in his day—or that Will Hoge employed himself through most of his career—My American Dream is like the flip side to Toby Keith’s Shock’n Y’all, only it’s not even underpinned by the universal sentiment of supporting military service members. Similar to the worst political efforts from performers like Toby Keith, Charlie Daniels and Hank Williams Jr. all channeled into one place, My American Dream is horrifically out-of-date in perspective, seething with hatred to the point where it affects judgement and compromises truth, and does absolutely nothing to assuage or shape hearts and minds in a positive manner. Instead it very specifically stirs anger that aggressively works to metastasize already prejudicial perspectives, exasperating existing problems and further polarizing viewpoints, while pitting people against each other unnessessarily.

On the first song “Gilded Walls,” Will Hoge falls for the outdated perspective that Republicans are rich old white people living in well-healed gated communities like industrial-age robber barons, uncaring about the pollution pouring into the air and streams, when in truth your average Trump supporter was recently unemployed, is living in a dilapidated rust belt city gutted by outsourcing, with a list of priors from slinging meth to make rent. Will Hoge’s perspective is off by about 30 or so years here. He might as well be raging against Reaganomics, Yuppies, and chlorofluorocarbons. 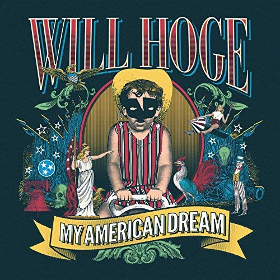 In one breath Will Hoge repudiates the existence of a Christian God, and then in the next condemns white collar criminals and corrupt politicians to God’s hellfire judgement. It’s basically a high schooler’s proficiency with atheism. “Thoughts and Prayers” is such an incredibly diabolical Cancer of intellectual expression, and might be the one effort on this record that actually has resulted in a clear and measurable net negative for society at large. Now after mass shootings or similar calamities, instead of Twitter and social media filling up with the collective outpouring of love for the victims and survivors, soft censorship has been enacted where you’ll be hounded down as and insensitive and politically incorrect if you have the audacity to offer condolences. Replacing these heartfelt, unifying messages is now seething, vitriolic pronouncements about how the other side is unilaterally responsible, and has blood on their hands.

What Will Hoge and others fail to understand about many occupants of the deep South and other rural areas is that they come from a lineage where often prayers were all they had to make it through a hard winter or deadly drought. Now those who would have the audacity to concentrate their thoughts on the plight of someone else in shared commiseration are deemed stupid and callous, and complicit, if not outright responsible for heinous acts perpetrated by lone madmen they have no affiliation with. Yes, political inaction and gridlock is one thing. Repudiating thoughts and prayers is the quintessential throwing out the baby with the bath water.

It’s not just the lack of tact or effectiveness of this album towards the causes Will Hoge champions, or even the adverse things it results in. On My American Dream, he presents a caricaturist perspective of the liberal mindset as well, which does a disservice to his side of the political debate by making all left-leaning individuals out to be judgemental ideologues with simplistic, binary perspectives. The only true result of My American Dream is the purging of Will Hoge’s own personal anger, which often only echoes off the walls, becoming amplified and returning to one’s self in the form of ill will, like neutering the entire catalog of his work from ever reaching another right-to center ear.

Will Hoge isn’t even trying to reach the audience that hypothetically needs to be assuaged by his arguments. On the song “Stupid Kids,” he outright instructs younger artists that they know they’ve got it right when old white men aren’t listening. But isn’t the entire point of political discourse to persuade perspectives to your side? In the song “Nikki’s a Republican Now,” Hoge presents half of America and every single conservative as an extremest, racist hater with no qualifiers, and no spectrum of differences. This album isn’t an act of punditry or political action, it’s an anger-fueled indiscriminately-hurled projectile, repelling important swing voters and open minds away from what could be compelling arguments on potentially important matters. It’s also the result of an incredibly sheltered and echo-chambered perspective that fears everything that isn’t in 100% agreement with Hoge’s ideological zealotry.

Granted, Will Hoge exudes a lot of passion in this record, and some of the songs are admittedly pretty powerful to listen to. The song “Oh, Mr. Barnum” is the kind of sly, allegorical songwriting that perhaps could be more effective at persuading an audience if it wasn’t sandwiched in between such obvious bias-riddled hate. “Still A Southern Man” almost gets some things right, but again it’s Will painting with a broad brush—this time with the charge of racism—rendering the song as useless for anything but codifying unfair prejudices against an entire region of the United States with no caveats or qualifyers.

If there’s anything to take away from Will Hoge’s My American Dream, it’s that it gives an excellent road map on how decidedly not to broach important political and social subjects in music in hopes of changing the world. Hardcore punk bands, and plenty of them, have made much more compelling arguments for their positions, and awakened an audience of people who may even disagree with the stances taken, but appreciate the passion and artistry they deploy, way more than what Will Hoge has done here.

Hoge is clearly angry, and probably has a right to be on certain subjects. He also has every right to say and sing about whatever he so chooses. He also won’t have trouble finding an audience for this record, however niche it may be, because anger and fear are enticing, especially in this polarized time, while a politicized and biased media loves to reward those who share their perspectives. But Will Hoge isn’t awakening the potency of music to help change the world with My American Dream, he’s besmirching that legacy by letting his anger get the best of him, clouding his judgement and wisdom.

To defeat an opponent, you first must respect them. That’s wisdom that even predates Dylan. Hoge not only doesn’t respect his political adversaries on My American Dream, he doesn’t respect the ability of music to teach, to break down barriers and share perspectives, and most importantly, to unite. Instead, it’s just a vehicle for hate, targeted too broadly and indiscriminately to be effective for anything but breeding further polarization.