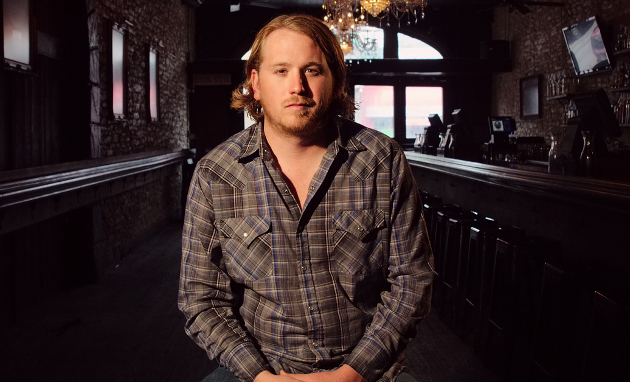 It seems like just a few short years ago we were thinking about William Clark Green as the “Next Big Thing.” Now all the young frat bros in Lubbock have moved on to Koe Wetzel, and William Clark Green has graduated to headliner status. He still plays before folks like Wade Bowen and the Randy Rogers Band at Texas music festivals and such because they’ve been hacking at it for longer than him, but William Clark’s bus and band are just as big, and so is his draw in certain places.

His new album Hebert Island finds the songwriter and frontman settling into his established career status in some good, and some maybe not so good ways. Let’s shoot it straight: William Clark Green live is a rock show, with any country components buried beneath the fury of dueling lead guitars and other loudness. As impressive as it might be, it’s fair to label it Texas rock as opposed to Texas country. It’s the songwriting though that binds the music to more country-style roots, and makes both rock and country want to claim William Clark Green as their own.

At 14 songs, Hebert Island has some filler. Always best in this busy world to trim the fat and leave folks wanting instead of serving songs that may have some looking sideways at you and create cannon fodder for critics. 14 songs is fine as long as most every one of them is a haymaker. Unfortunately for Hebert Island, this isn’t the case. “Hit You Where It Hurts” may be a stellar Texas regional radio hit with it’s fashionable drum beat, but it’s pretty shallow, especially coming from a songwriter the caliber of William Clark Green. “Farewell” is also set to subpar standards. 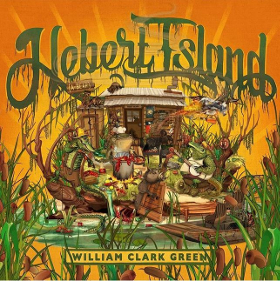 Yet these somewhat harsh assessments are the outcome of the elevated expectations William Clark Green sets for himself from the superior efforts on his previous albums, and on this one as well. Disregarding the few bad apples, Hebert Island still easily has an album’s worth of great songs worth paying the admission price for. “Poor” is such an important song. With the way spite and envy have slithered their way into almost every sector of American life, praising the virtue of love over material possession is an important subject, as is putting value in simplicity. “Poor” is also comes in as the most country song on the record.

If you want to know why folks consider William Clark Green a country artist despite the more rock and roll sound of most songs, listen to “She Loves Horses.” “Mother” may be a little overdone as a song idea, but William Clark’s version still stands out, and will certainly be welcomed by his madre if no one else. The title track is pretty fun, and personalizes this album to William since it’s named after land his family owns in Texas near the Louisiana border.

Sure, William Clark Green does not have one of those naturally gifted voices that reaches out and grabs you. He’s made his way through the world on the back of his songs. Hebert Island at times takes that safe Texas music approach of shaving off the edges and being generally risk-averse, and this record may symbolize the settling in of Green into the more polished style first adopted by folks like Wade Bowen and Randy Rogers. As a headliner, you have a whole legion of folks who rely on you for their daily bread. You can’t be going off on some wild foray into creative exploration and put other people’s livelihoods at risk.

But this music is leagues ahead of the country mainstream, as we often like to say. And besides, it’s hard to watch William Clark Green perform and not conclude that he’s having one hell of a time, and making the music he wants to, maybe giving giving into commercial applicability here and there, but never in a way that compromises who he is.

Texas Music is building a more healthy alternative to the mainstream by discovering, developing, sustaining, and succeeding with talent. William Clark Green it’s no longer the next big thing, he’s the big thing, period, and putting down foundations for the next crop of artists to find their own success. And they’re doing it through pragmatism that still respects the importance of a good song and the roots of the music, like Hebert Island does.