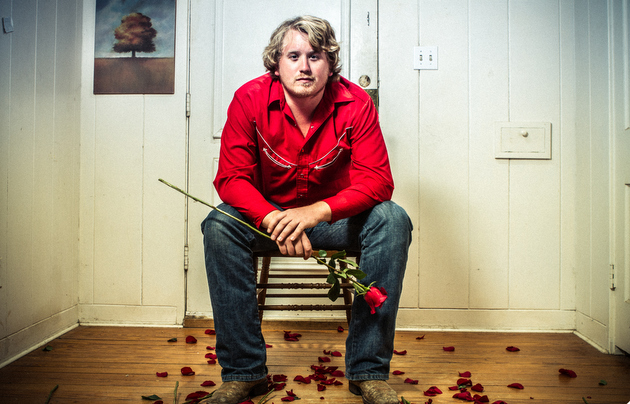 That’s where William Clark Green comes in, as an artist and songwriter that seems to eerily embody the teachings and spirit of Texas country, yet in a young man’s heart, and with a young man’s energy and perspective that gives the type of renewed enthusiasm a scene of music needs to keep its spirit alive in a new generation.

William Clark Green is the best of both worlds in many respects. He can sit in a songwriting round with wily veterans and go toe to toe with them with his curiously-aged wisdom, yet find appeal from a younger audience by bringing his own real world struggles that parallel their own to his material.

Ringling Road is being released while the momentum for William Clark’s 2013 Rose Queen is still moving forward, hopefully making for one of those moments when an artist is catapulted into a position where they can at least afford to pay the bills, if not find some support beyond close friends and a gaggle of loyal fans. Rose Queen‘s “She Likes The Beatles” became a big regional hit, and evidences the type of songwriting William Clark Green brings to the table: a cutting perspective on life’s inherent struggles told in a unique, yet eternal manner.

Meanwhile Green’s sonic palette very much leans towards the “country heart with a rock attitude” his contemporaries in Texas are known for. This is country with a bite, while producer Rachel Loy, who worked with William on Rose Queen, brings a wide array of influences to the studio to allow Green to rise above the appeal of any regional pigeonholing. 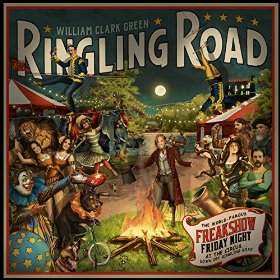 Ringling Road is a vibrant and well-written pronouncement of William Clark Green’s arrival as one of the new creative leaders of the next generation of country. The sensibilities to appeal to a big audience are there, but so are the country roots, and the depth of songwriting to where he can draw in both the passive toe-tappers and die hard song junkies.

Ringling Road is an album of big songs that in a more sensible music word would birth one smash mainstream radio hit after another. “Next Big Thing” makes light of the fact that for years people have been bragging on William as the next big artist in line even though he’s still struggling to pay bills. “Sticks and Stones” and “Creek Don’t Rise” are just really fun songs that still showcase above average songwriting—the latter being one of the most country offerings of the bunch.

But all this is just preparation for the haymakers Ringling Road throws at you with songs like “Final This Time” and “Going Home,” showing what magic a song can deliver if it’s just given the time to develop. That little bit of extra chorus extending out a song, that 3rd verse and letting the story and mood build to something is what’s needed to allows a song’s impact to linger after the last note.

“Fool Me Once” and “Old Fashioned” are where Green scores high with the sentiments captured, and the deeply personal nature of material is palpable in the lines.

The interstate’s pumping just like a vein full of California license plates. And my heart is thumping going insane they turned Austin into LA. Them good ‘ol boys are few and far between. They’re spread out thin from Houston to Tennessee. My grandad’s spinning in his grave and they’re all laughing. I’m old fashioned.

“Hey Sarah” sounds similar to something we’d hear from another 3rd generation Texas country outfit, the Turnpike Troubadours (yes this is a compliment). And the intimate “Still Think About You” is a great heartfelt way to end the record.

If there was a low point of Ringling Road, it very well might be the title track. A little gimmicky, it lists of various circus freaks and their corresponding vices without really capturing any sort of symbolism or mood. It was written about a place in Texas said to be an encampment for the circus beside the railroad tracks, but instead of capturing something forlorn or imaginative, the songs just sticks out like an oddity on an album otherwise crowded with good tracks.

The hit of the record, and a song William himself says might be the best he’s ever written, is called “Sympathy.” There’s no question this is a big song and it has already found lot of favorable ears. The production and structure is cunning, but you feel this is from William Clark compromising his talents a bit. It edges over the boundary of rock more than what would even be ideal from a Texas country artist, and if I praised the writing too much, people would start quoting my Cole Swindell critiques to counter. “Sympathy” will be big, at least in Texas, but there’s much worse songs a similar fate could find.

There is some artistic compromise on Ringling Road, but the genius of the project is still being able to deliver such a sizable amount of substance. Traditionalists will be left wanting, and will tune out almost immediately on a song like “Symapthy.” But make no mistake, Ringling Road is a big record packed full of months, maybe years of enjoyment like a loaded up circus car, and it should launch William Clark Green into the rafters of fame in Texas country and beyond.