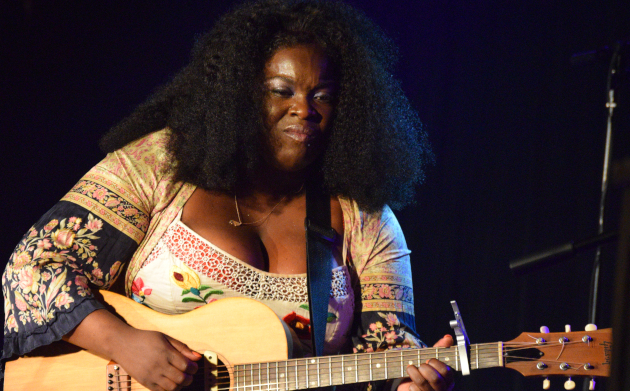 The reason that diversity is insisted upon by some, whether as a requisite for college admissions or the contributors to a given genre of music, is the idea that with different backgrounds comes the diversity of perspective on life that can result in an enhanced experience for all parties. Of course executing such notions on diversity based solely upon skin color can often be an imperfect exercise, if not its own enterprise in a more subversive form of bigotry and cultural whitewashing.

You don’t have to go any farther than the contributions of mainstream country artists such as Kane Brown and Jimmie Allen to find examples of this pernicious version of culturally-homogenizing ground taking under the guise of diversity, ultimately limiting the color of perspective in popular music, not to mention the constricting of sonic diversity in the ever-accelerating downward spiral towards the mono genre.

An artist like Yola is the antidote to such a prognosis; a firewall against the free-range onslaught of cultural sameness pervading popular music. She represents a lushness of perspective, and a re-invigoration of musical diversity, beyond any shallow observances simply based upon skin pigmentation. Granted, Yola is not country in the traditional sense of George Strait or Roy Acuff. She’s country in the sense that the music has always been an amalgam of hillbilly string music, Gospel, and blues in its popularized form. In fact, the music of Yola acts almost like light prism, helping to untangle the roots of country to help illustrate for your eyes and ears both the similarities and the differences of the music’s vibrant influences.

Complicating these matters could be Yola Carter’s upbringing in the UK. But instead, it makes her story that much more interesting, especially considering the specifics of it. Raised in poverty in Bristol by a parent who made music forbidden, at one point Yola was homeless on the streets of London before performing and writing with fellow musicians, and eventually landing in Nashville where she caught the eye and ear of Dan Auerbach of the Black Keys. 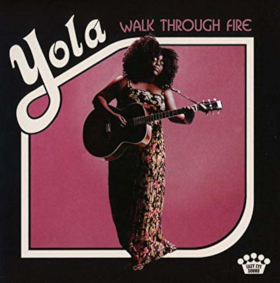 Some country audiences may be frustrated that Yola Carter isn’t more country, while many gospel, R&B, and Americana listeners may be surprised just how country she is. There is no hiding the fiddle and steel guitar in some songs, though the best description for this music probably is soul country, or country soul, or Americana if there ever was a proper application of that often-debated term. This is one of the reasons Yola won the UK Americana Artist of the Year in 2017.

One of the reasons many genres and sub-genres will step up to claim Yola Carter as their own is due to the powerful voice she possesses. Seeing her live, she delivers all of the yearning and soul that you want from an artist like this. But one of the problems with this record is that it doesn’t always underscore this singular asset that allows Yola to create such a consensus of appeal across genres lines. The Dan Auerbach production of songs often sits down in this nostalgic notion of old school Muscle Shoals or Motown, with organ and glockenspiel setting the mood in a somewhat unimaginative, stereotypical approach to Lola’s original songs.

Granted, this is partly the fault of white boy soul artists such as Anderson East and others overusing this sonic palette since 2015 or so. No offense to these artists, but Yola Carter is the more proper application of this production style. Even still, these sort of dingy-sounding recordings in an effort to capture a vintage feel to the music, along with general overproduction of some tracks that muddy the signals—including Yola’s vocal signal—leave Yola with some room for improvement on the next record.

Nonetheless, Yola’s Walk Through Fire will be very well-received, as it should be. There is not a lot of involved storytelling here, but there is some serious exploration of heartache in one potent song after another. As much as a country listener may favor the title track, which is a sticky, muddy, southern Mississippi fiddle-driven country bluesy heartbreaker if there ever was one, some of the soul tracks on the record like “Lonely the Night” and “Still Gone” might the record’s best material. It’s not hard to draw the parallels between the tribulations of love and the tribulations of life on this record. It’s what we all suffer through, regardless of the color of our skin, or what kind of music we listen to.

More and more, the agents of division and tribalism want to utilize music as a tool to wedge apart groups of individuals, as opposed to respecting the institution of music as one of the few places left that can unite people across cultural, racial, and political lines. An artist like Yola, and an album like Walk Through The Fire help remind us all that music is for everyone.

Purchase Yola’s Walk Through The Fire