Who will be releasing new albums in 2015? What are some of the most-anticipated projects? What are the rumors swirling out there about new albums that may be coming down the pike? Here’s a rundown of upcoming projects from artists recommended by Saving Country Music that you can look forward to in 2015.

Please feel free to leave your thoughts about what you’re excited about being released in 2015, or any info you feel so inclined to share in the comments section below, as long as it doesn’t start with “You forgot…” 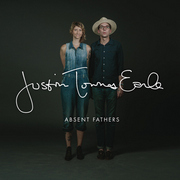 The other half of the younger Earle’s double album. Single Mothers was released in September of 2014 to much anticipation, but did not have a great showing on many end-of-year lists.

After the departure of songwriter, singer, and guitar player Seth James from The Departed, Cody Canada is back putting his name in the title and taking advantage of the rabid loyalty he built in the Texas scene with Cross Canadian Ragweed. 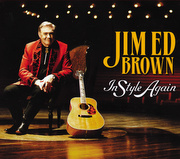 In 2014, Jim Ed Brown was diagnosed with lung Cancer. So what does the member of the influential family band The Browns do? He releases his first solo album in 40 years. It will be his debut project for Plowboy Records. It’s a new beginning for Jim Ed Brown.

“On this album I find myself back in a more hopeful place and the songs are more stripped down musically,” Bingham says to The Wall Street Journal. “Each album seems to be about whatever I have gone through in my life previous to recording it.” 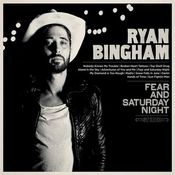 Bingham recorded the album with producer Jim Scott, well known for his work with Wilco, Tom Petty, and The Dixie Chicks. The twelve songs of Fear and Saturday Night were written in seclusion. Bingham sequestered himself in an Airstream trailer in the California mountains without electricity or phone service, and drew inspiration from his tale-riddled and troubled life performing in rodeos and watching his mother drink herself to death and his father commit suicide. (read more)

Following up their acclaimed Jason Isbell-produced album Burn.Flicker. Die, the uprising American Aquarium boys will be releasing their 8th album in as many years. Straddling the space between country, rock, and Americana, their tireless touring has won them a wide fan base and worthy attention. 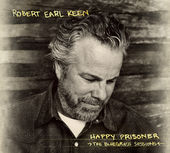 Robert Earl Keen may be best known for his storytelling songs and laid back Texas country style, but for Keen’s next project his grass is going blue. The Houston, TX native has been working on an album of bluegrass covers over the last couple of years to be released through Dualtone Records. “I didn’t write any of the songs, and we put it together with my band,”  says Keen. It will also include a lot of collaborations with well-known names. (read more) 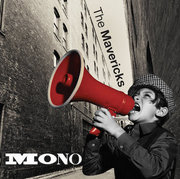 Saving Country Music’s 2013 Album of the Year was not Jason Isbell’s breathtaking Southeastern, or Sturgill Simpson’s breakout High Top Mountain, but the comeback record from the Latin-inspired Raul Malo and The Mavericks called In Time. The reason was because in Saving Country Music’s esteemed judgement, no other record in 2013 afforded a much musical enjoyment as The Mavericks’ first studio effort in a decade. Now The Mavericks have announced that they’ve been in the studio again and will release the followup to In Time called Mono on February 17th, 2015. (read more)

In what might be one of the most anticipated albums in not just Texas country, but traditional country at large, Arron Watson will release what some think may end up being his breakthrough album—something strange to say about a 37-year-old whose already released 11 of them. But The Underdog has already proven to be resonant, resulting in Watson’s first ever charting single on Billboard with “That Look.” Being released through Thirty Tigers, this is definitely one to watch.

More of a blues album than the alt-country style Earle is famous for helping to found, the name of this New West release is inspired by the Robert Johnson song “Terraplane Blues.” The 11-track album will also be avilable in a deluxe CD/DVD set that will include an interview with Earle, three live acoustic songs filmed on the porch of House of Blues Studio D, and a short film about the making of the album. 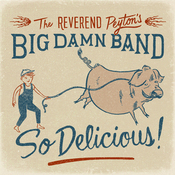 Reverend Peyton’s Big Damn Band signed with Yazoo Records back in November, and announced their new album called So Delicious will be delivered on February 17th, 2015. The slide guitar maestro backed by wife Breezy on washboard and drummer Ben Russell is known for busting his ass on stage and playing over 250 dates a year. This will be the Indiana-based outfit’s eighth release. “Yazoo was my favorite record label growing up,” Rev. Peyton says.

Fans of elite folk/Americana songwriter James McMurtry have been waiting a long time for new music from the famous son and fixture of Austin’s Continental Club. McMurtry released his last studio record Just Us Kids in April of 2008. Interestingly, the name of this album is the same name of the record label releasing it called Complicated Game out of Los Angeles. (read more)

PLEASE NOTE: Virtually every music artist at this moment in the year is planning to release an album because that’s the way music goes. So running down every single project that may happen would be futile. However here’s a list of projects that are not solidified yet with names and dates, but can be verified to at least be in the pipeline from the involvement of studio time and/or labels. Don’t get too married to the info because it’s subject to change.

It was announced in May of 2014 that Hayes Carll had signed with Thirty Tigers and would be releasing a new album in “early 2015.” No more details available at the moment.

NASH Icon signees of Reba McEntire and Martina McBride will be looking to release the label’s first albums in 2015.

Austin Lucas has a new album recorded that very well might be one to already start talking about as a big 2015 contender. No label or release date just yet, but it will definitely be one to watch for.

Pokey LaFarge signed to Rounder Records in November and is expected to release a new album in early 2015.

Whitey Morgan has his first studio album since 2010 done with plans to release it in 2015. He may be waiting just a little longer to release it since he just released both a live album and an acoustic album after not releasing anything for four years.

Kacey Musgraves was posting Instagram pictures from the studio a few weeks ago, and we know she’s planned to record with Willie Nelson.

Recently signed to Bloodshot Records, The Banditos should have something on the way in early 2015.

The Deslondes have been a very hot band in Americana circles and were signed to New West recently with word that an album would be coming in early 2015.

After taking a few years off Th’ Legendary Shack Shakers are back and are planning to release a new album.

Sturgill Simpson is apparently heading into the studio again in January with producer Dave Cobb.

The Boomswagglers have already been in the studio, and are in the process of putting together a new album.

Garth Brooks has already said he’s got a new album coming in 2015 already in the can on a quick turnaround from Man Against Machine.

Ray Wylie Hubbard has been working on a new album, possible for 2015.

Jack Ingram will possibly have two, maybe even three albums in 2015 according to some chatter, including one called Midnight Motel.

There’s been rumors of a Marty Stuart and Travis Tritt duo project, re-evoking their No Hat days of yore.

The long talked-about but never solidified project involving Willie Nelson, Merle Haggard, and Kris Kristofferson is still out there.