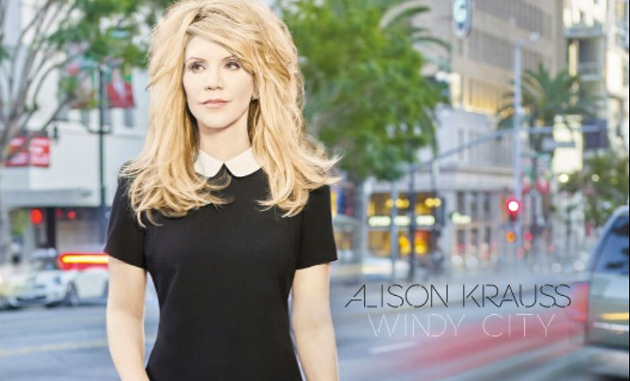 Nobody likes old country songs anymore they tell us, but somehow an album full of them from an artist who hasn’t seen radio play in years has topped the charts this week. Windy City from Alison Krauss comes in at #1 on the Billboard Country Albums chart for the week ending February 23rd, and also comes in at #1 on the Bluegrass Album Chart, #2 on the Americana chart right behind Ryan Adams’ Prisoner, and #5 on the all-genre Billboard 200.

This is all pretty remarkable for an album of previously-released material. Covering songs from Willie Nelson, Roger Miller, Brenda Lee and others, and featuring well-known compositions like Glen Campbell’s “Gentle On My Mind” (written by John Hartford), Windy City is classic country compositions done anew with special care, selected by Krauss and producer Buddy Cannon who helmed the Capitol Records project.

This is first solo album from Alison Krauss not showcasing her usual backing band of Union Station since 1999’s Forget About It. The 27-time Grammy winner is respected all across the music landscape, from her native origins in bluegrass, all the way to winning the Grammy for Album of the Year in 2007 for her collaboration with Robert Plant Raising Sand. Windy City isn’t a strictly bluegrass album, but an album that shows a diverse amount of influences, grounded in classic country.

“On this album, I wanted to sing songs that are older than I am,” Krauss says. “There’s a real romance in singing other people’s stories.”