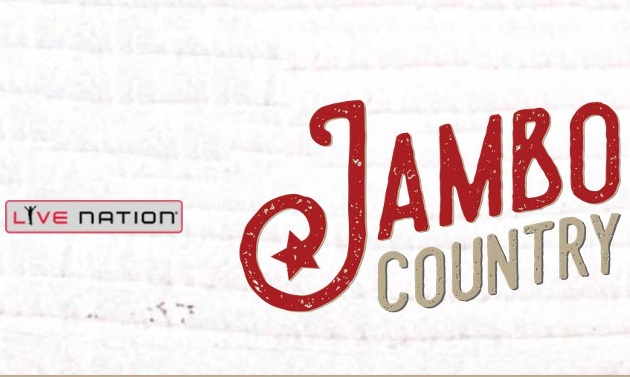 “With the changes that have been put forth by Live Nation for what was a 40 year old tradition of friends & families coming together for a 4 day fun event, Jamboree in the Hills is dead and will only live in our hearts and memories but no longer will be memories in the making.” –Marian Zipay, former Jamboree in the Hills attendee.

I don’t know what else I can do folks. I have been sounding this alarm for years, and it seems like the topic only falls on deaf ears. In my opinion, the biggest threat to music in the United States and the world is the systematic buying up of majority stakes in venues and festivals by the already gargantuan promotional company and ticketing monolith Live Nation, putting the independent and diversified ownership of live music spaces and events on an extremely perilous footing, and giving Live Nation a monopoly-esque stranglehold on the final revenue stream for musicians to make sustainable livings: the live performance.

Every week it seems there is another story of Live Nation buying up venues, clusters of venues, buying majority stakes in local promotional companies, or buying up festivals. This week it was the story that Live Nation bought a 51% stake in Australia’s Secret Sounds Group—a promotional company that puts on two of the country’s major live musical events: Splendour in the Grass and Falls Music & Arts Festival. The deal also includes the touring, sponsorship, promotional, artist management, and domestic agency businesses for Secret Sounds.

51% is the magic number Live Nation looks for when it comes to buying up promoters because it gives Live Nation a controlling stake, but they don’t have to pay full price for the value of the company, keeping liquidity high, and keeping the current management in place so as not to cause any logistical issues. It is their blitzkrieg-style way to gain controlling stakes in venues, festivals, and promotional companies at an incredible pace.

51% is also the stake Live Nation purchased in the Austin-based promotional company C3 Presents in December of 2014, and the percentage purchased in the mega festival Bonnaroo in April of 2015. At the time, Saving Country Music attempted to sound the alarm on the Live Nation sales, saying in part:

Of course Live Nation is not going to come in and reorganize these companies right off the bat, but as time goes on and founders and board members retire or move on to other interests, the 51% controlling stake of Live Nation remains, or potentially grows. This is all about asset acquisition. When C3 started acquiring various festivals around the country, the concern was too many independent music assets were being put in the hands of the few, and what happens if C3 is in turn bought out by an even larger company? As Live Nation slowly gobbles up all of the major assets of the independent festival world, none may be big enough to raise a stink with independent fans specifically. But combined together, and considering the acquisitions are in the arena that is supposed to pride itself in being free of corporate control, Live Nation’s acquisitions of C3 and Bonnaroo might be even more alarming than the merger with Ticketmaster was.

And the C3 Presents, Bonnaroo, and Secret Sounds deal in Australia are just a drop in the bucket of Live Nation’s recent acquisitions. Along with these entities, dozens of other festivals, as well as small, medium, and large-sized venues have come under control of Live Nation. And each time a new acquisition is announced, concerns are brushed aside by music fans and media as only a formality not having much impact at the local level.

Well try telling that to the long-term fans and attendees of the Jamboree in the Hills festival in Morristown, Ohio, about an hour outside of Pittsburgh. Known affectionately by attendees as the “Super Bowl of Country Music,” the festival has been a mainstay to local and regional country fans and the local economy since 1977, and attracts nearly 100,000 attendees annually. Unlike many new festivals, Jamboree in the Hills has its own set of traditions, including the “Redneck Run” where fans run through the gates to get the best seats in the field every morning, camp out on site, and the festival even has its own theme song.

The Jamboree in the Hills is not just about the music, but about the camaraderie in the campground, and many of the traditions the regular attendees uphold. Live Nation has actually owned Jamboree in the Hills for many years. It was part of the deal when Live Nation split from Clear Channel in 2005. But this year they have decided to implement massive changes, including not allowing campers to be able to bring their own coolers, food, or beverages on site under the guise of “safety concerns.” They’ve also changed the name of the famed “Redneck Run” to the “Morning Run,” while other similar changes that have long-time Jamboree in the Hills attendees revolting en masse.

Monday morning, when Live Nation announced that the headliners would be Jason Aldean, Thomas Rhett, and Lady Antebellum, as well as all the new provisions on coolers and camping, an outright revolt took place among long-time attendees. Over 3,500 1 star reviews were posted on the event’s Facebook page, hundreds of negative comments were left on the lineup announcement, and there’s even a Facebook group page set up for boycotting the event that has over 3,500 members in less than 24 hours.

You can see a selection of some of the complaints below.

The lesson from the the Jamboree in the Hills is what can happen when Live Nation ownership decides to make wholesales changes that affect music on a local level. Though all the Live Nation 51% purchases of promotional companies and properties come with reassurances they won’t change the culture or customs of the events or locations, what’s happening with the Jamboree in the Hills at this very moment tells a completely different story.

With majority ownership of so many live music properties all across the world, it’s only a matter of time before similar changes are implemented to maximize profits, disrupting other local communities and traditions. With so many Jamboree in the Hills attendees promising to boycott this year’s festival, it has local businesses worried about the economic impact. At Bonnaroo in 2016—the first year it was owned by Live Nation—attendance was down a whopping 28,000 tickets, marking an all-time low for attendance. Many people are blaming the poor lineup of headliners for the low attendance numbers. But that doesn’t necessarily mean Live Nation lost money if they spent less on talent. It’s the local economy in and around Manchester, TN where Bonnaroo is located that saw a sizable drop due to the low attendance.

There is nothing keeping the issues with both the Jamboree in the Hills, Bonnaroo, and other live events being replicated all across the United States and the world now that Live Nation has a majority stake in so many events and event companies. And where are the concerns from the press? Where are the think pieces we see for other erosions and intrusions in the musical economy? Part of the problem is Live Nation has such a command in the live music space, many major music outlets and periodicals are scared to speak up against what is going on because Live Nation and many of the artists that work with the company are their primary advertisers.

That did not stop one Italian reporter named Matteo Viviani from a primetime Italian TV show called Le lene running an undercover exposé on how the Italian arm of Live Nation had its hands in feeding tickets into the secondary market, driving up secondary prices—an issue that is plaguing live events all across the world. Though “bots” are regularly blamed for the immediate sellouts of certain live musical events, including many promoted by Live Nation, it remains a good question of who is controlling these bots, and who is profiting from them. According to the Italian report, Live Nation profited to the tune of $1.2 billion in revenue from the secondary market alone in 2015, up 34 percent from 2014. Since Live Nation owns Ticketmaster and secondary ticketing outlets, they reap the benefits of bot activity whether they’re controlling it or not.

And next week another story will be written about how Live Nation has purchased another 51% stake in an event, venue, or promotional company, and the rest of the music industry will go about their business … until they realize one day that Live Nation owns 51% of everything in live music, and that gives them the unilateral authority to make wholesale changes that don’t just affect the way we consume music live, but the local communities where those live events happen. 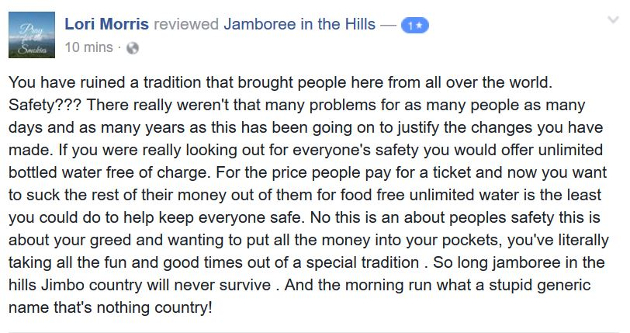 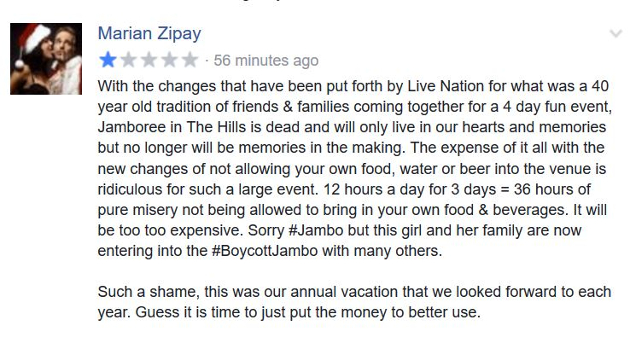