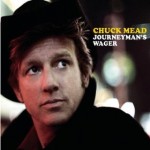 When Amazon.com offered up 50 country MP3 albums for only $5 in August, September, and October I was hoping that was a promotion that would continue on a monthly basis, but unfortunately November came with no new set. We are in luck now though, because Amazon has just put up 75 country albums that will be available for $5 all the way till the end of January, and there’s some real gooduns.

So after you unwrap all the crap you didn’t want or need on Christmas, take that $20 check that you got from Aunt Jenny in a card you didn’t read before throwing it away and come get what you really wanted: some kickass country music.

Just reviewed Marty Stuart’s Ghost Train, and here it is for $5. This is a must have. And two things I love about these promos is 1) It promotes smaller artists by putting their albums right beside the bigger names. 2) It gives me a chance to talk about great music I haven’t had time to talk about before, like Chuck Mead of BR549, his solo effort Journeyman’s Wager, and a great band from Oklahoma called the Turnpike Troubadours and their second album Diamonds & Gasoline.