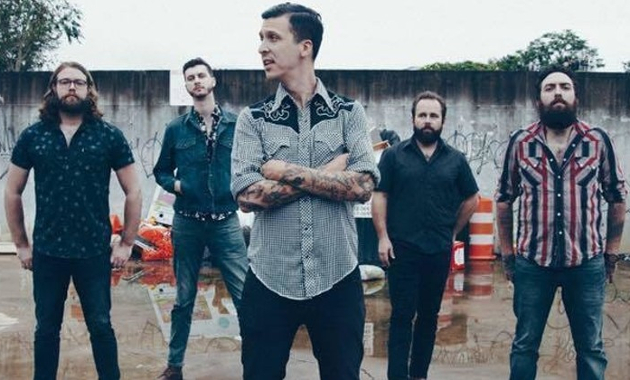 BJ Barham and American Aquarium have pulled off quite a feat with their latest album Things Change. Not only was Barham able to reconstitute a brand new lineup for the band after everybody left but him, he then wrote and recorded what has been the band’s most well-received and critically-acclaimed album to date. Now the initial sales numbers have been tabulated, and it has sold through better than any of the band’s records previously.

Those who believed BJ Barham and whomever he could con to hop in the van with him would never be delivered from the ashes of the previous version of American Aquarium are now having to eat those words. Things Change debuted at #6 on the Billboard Country Albums chart, #3 on the Folk/Americana chart, and #24 on the all genre Top Album Sales Chart (doesn’t count streaming) by shifting 5,200 pure copies into the hands of fans during its first week. This is double any previous debut album sales from the band, and better than most Americana bands are doing in the charts at the moment now that streaming counts so heavily in the tabulations.

Oklahoma songwriter and Grammy nominee John Fullbright produced the new album, as well as played and sang in various places. The new American Aquarium lineup also includes Shane Boeker on lead guitar, Joey Bybee on drums, Ben Hussey on bass, and Adam Kurtz on pedal steel and electric guitar. Though BJ Barham is from North Carolina originally, American Aquarium has acquired a Texas flavor in recent years. Booking is handled by Austin-based firm Red 11, Joey Bybee is known previously for his work with the Texas band the Crooks, and bass player Ben Hussey is from The Damn Quails.

American Aquarium is not sitting on their laurels after the success of Things Change, they’re busting their humps on on the road at the moment behind the release. They left on tour in May, and their latest leg will take the band through the South, through Texas, then through the interior west and out to the West Coast before all is said and done. And don’t worry if they’re not rolling through your town at the moment. BJ Barham and American Aquarium are known for touring hard, and there will be many more dates upcoming, especially after the momentum of Things Change.