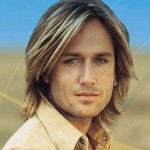 …an asshole. I mean, the biggest red-assed, hard-nosed, sarcastic, borderline foul-mouthed music critic you can find.

And with that said, let it be known that I am available to screen test with Fox at any time.

I’m probably a fool for trying to give advice to American Idol on how to right their ship. At this point, barking advice is about as helpful as saying, “I told you to look out for icebergs.” It’s also a little hypocritical, seeing how there’s few waving the pom-pom’s more fervently for the demise of that television franchise than me. The cultural phenomenon that was American Idol in the early oughts is no longer, and their last batch of celebrity judges left en masse after last year’s finale, smelling fear and desperation in the air from the show’s rapidly-declining numbers and influence. So what’s American Idol’s solution for next season? Pander even more to celebrity.

Under the misguided notion that the problem with the show was that their celebrity judges weren’t current enough, they’ve gone out and added shock-star Nicki Minaj, plopped Mariah Carey into the “diva” spot, and added Keith Urban as their default “country” judge. In other words, instead of addressing the systemic problems with the show–i.e. too much competition in the format and allowing the talent to be judged too much by young girls who choose who they want to bang as opposed to the brightest talent–American Idol producers are once again kneeling at the alter of the cult of celebrity looking for ratings salvation.

But the whole thing that made American Idol intriguing to begin with was not the stories of the judges, but of the contestants. Adding sensational judges like Steven Tyler and Nicki Minaj takes attention away from contestants. When America’s Got Talent added Howard Stern, its ratings for the series premier plummeted.

What intrigue there was with American Idol judges in its heyday surrounded Simon Cowell; the harsh, belittling critic who wasn’t afraid to tell it like it is, and someone who was relatively unknown in the US before the series. Television loves conflict and drama, and that is what Simon Cowell provided. People loved to hate him, like the bad guys in professional wrestling. Ironically, Cowell is also the cause for so much Idol competition. His Syco production company is behind both “The X Factor” and the “America’s Got Talent” franchises. You want to point to who is responsible for TV talent competition parity? Point to Simon.

Keith Urban and his hair highlights won’t save American Idol. What made American Idol work was that it was built on the idea that every American has a dream. Adding “celebrity” judges doesn’t forward that dream, it speaks to the demise of it, where established celebrity and image is celebrated instead of sincere talent. Not to say American Idol’s celebrity judges aren’t talented, they’re just not talented at being judges.

If Fox and American Idol want to save their dying franchise, they need someone who is not afraid to get up in people’s faces, to be honest, and not just with the contestants, but with the audience that ultimately decides the winner. They need someone to ask America, “Do you like it when you are judged on image alone? Do you think that’s fair? Then don’t just vote for the cutest boy, vote for who inspires you on a personal level and makes you a better person, someone that motivates you to pursue your dreams.”

Then, and only then, American Idol may be something that America will idolize again.