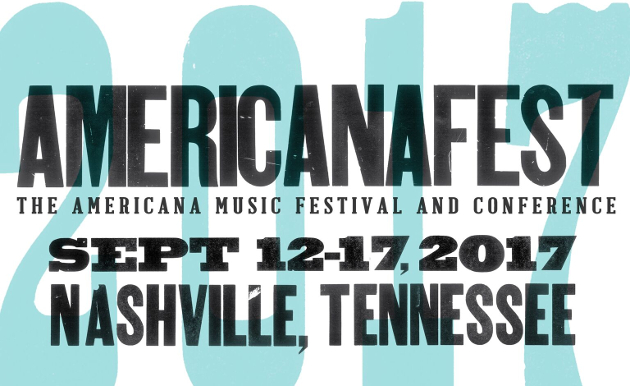 The Americana Music Association has just announced the initial 100 names of showcasing artists who will be gracing stages all around Nashville September 12th-17th for the 2017 AmericanaFest. Eventually the names of performers will likely swell to over 200, but this first batch already is enough to salivate over for those country and roots fans looking for a more intimate and substantive alternative to mainstream country.

One of this biggest initial takeaways from the first 100 bands is how Texas country will be well-represented at this year’s festivities, with the Turnpike Troubadours comprising one of the top headlining spots, along with Wade Bowen, Bruce Robison, Shane Smith & The Saints, Micky and the Motorcars, Jason Eady, and Mike and the Moonpies all making the list.

A lot of great up-and-coming country acts will also appear, including Jaime Wyatt, AJ Hobbs, Charley Crockett, Paul Cauthen, Dori Freeman, Courtney Marie Andrews, and Tyler Childers, who may have his long-anticipated new album on the way by the time September rolls along.

Along with many of the core names that help define Americana such as Andrew Combs, Rodney Crowell, and Jim Lauderdale, you have Brandy Clark who is also considered part of the mainstream industry, as was John Paul White when he was in the Civil Wars. Canada is represented by Lindi Ortega and the Deep Dark Woods among others, and Americana shows its diversity with artists such as Bettye Lavette and Rev. Sekou.

The centerpiece of AmericanaFest will be the Americana Music Awards, which will happen Wednesday, September 13th at the Ryman Auditorium. The nominees for the awards were announced on May 9th. The reclusive Van Morrison will also be a part of the festivities, accepting a Lifetime Achievement Award, as well as performing at Nashville’s Ascend Amphitheater.

Festival Wristbands start at $75 and can be PURCHASED HERE. 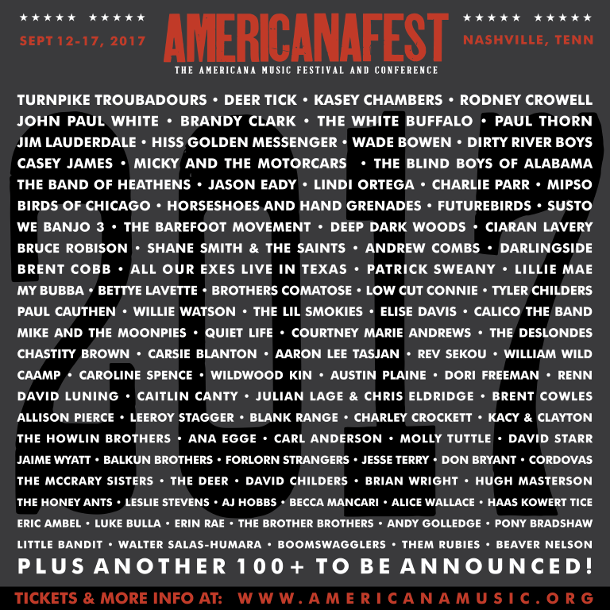