An Open Letter to “Austin City Limits”: In Consideration of Ray Wylie Hubbard

First off, congratulations on all of the success over Austin City Limits’ 40-year, Hall of Fame-caliber run. As a native Texan and lifelong music fan, I grew up watching Austin City Limits, remember being mesmerized by Stevie Ray Vaughan during the original airings of his now legendary performances, seeing so many of the legends of country and roots music make memorable appearances on that magical stage when in many cases the rest of the music world had forgotten about them, and even today I get excited to see names like Jason Isbell, Valerie June, and in this upcoming season, Sturgill Simpson make their Austin City Limits debuts.

I can only imagine the difficult hand-wringing that must transpire when deciding who gets to play each season. With the reverence so many artists and fans have for Austin City Limits, yet the limited number of slots to fill each season, the weight of an appearance on the show is incredibly magnified. I’m sure that’s one of the reasons so many of the new episodes are split between two performers—to accommodate even more worthy talent to be showcased through this important public medium.

I appreciate how easy it is for some viewers to sit back and criticize the decisions to bring in certain artists to perform on ACL, especially non Austin-based artists and big named artists like Eric Church, Radiohead, Dave Matthews Band, Pearl Jam, and others. Austin City Limits will probably benefit more from these well-known performers than the performers will benefit by playing Austin City Limits. Why not give that opportunity to a more deserving artist they ask? But in this age of high production costs and a crowded media landscape, even not-for-profit entities must compete for viewers and corporate funding.

Every media entity, no matter where they started, has to continuously adapt to survive, especially in the modern climate. And television shows don’t stick around for 40 years without making smart moves. At the same time, some of the greatest media entities are the ones who never forgot their roots, and always honor the original format in whatever degree they can to keep their loyal and long-time audience happy, and fulfill their responsibilities within the media community, especially when they claim the status of a non-profit. I don’t need to tell you that Austin City Limits was originally set up primarily to chronicle the amazing talent, and the influential scene that erupted in Austin music in the 70’s. I believe it was Jan Reed’s book The Improbable Rise of Redneck Rock that inspired producers to create a visual, television-based version of the Austin music scene to catalog the talent Austin, TX boasted, and to share it with the rest of the country and world through public television.

Even as Austin City Limits has slowly adapted its mission over the years by seeking out talent not just beyond the Austin area, but beyond the greater country and roots scene, it has still tried to honor those founding traditions of showcasing homegrown artists every season. For years, Lyle Lovett’s songwriter showcases were an excellent outlet for Austin talent. And with Dale Watson slowly becoming the face of Austin music over the last few years, it was heartening to see him get a chance on the sainted Austin City Limits stage last season. Dale’s appearance shows that even as ACL grows to expand its mission beyond Austin’s borders, if someone vital to the Austin scene has yet to be given the opportunity on the stage, Austin City Limits will still step up and honor its original mission. 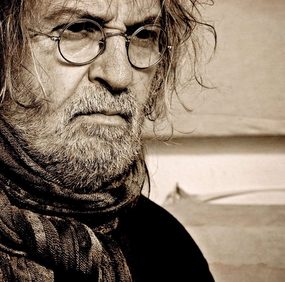 It is in this spirit that I respectfully ask you give strong consideration to booking country music Outlaw turned blues aficionado and songwriting guru Ray Wylie Hubbard in a future taping of the show. As one of the original characters in the formative years of the Austin music scene, the songwriter for “Redneck Mother” (which was sung on the Austin City Limits stage during Willie Nelson’s pilot episode of the series, and made famous by Jerry Jeff Walker in his Viva Terlingua! record), as well as a relevant, entertaining, and inspiring songwriter, artist, and performer today, I think Ray Wylie Hubbard would make the perfect candidate for a future taping. Ray not only fits the ACL mold as an important Austin figure, but he continues to make some of the best music of his career.

I don’t ask this as a Ray Wylie Hubbard fan as much as I do an individual interested in Austin’s musical history who wants to see the important players who made Austin music what it is today get their moment to be cataloged by the show whose charge is to do that very thing. Including Ray Wylie Hubbard would be an imperative part of telling the story of Austin music. He defines the nexus between country, blues, rock, and folk that Austin is known for. His mentoring of many Austin and Texas musicians and songwriters has been greatly influential, and his place in the pantheon of Austin performers is undeniable.

Ray Wylie Hubbard has appeared on the Austin City Limits stage before, when he sang “Drunken Poet’s Dream” with Hayes Carll—a song he co-wrote with Carll, which once again speaks to Hubbard’s influence. But a dedicated show or segment on ACL is what I believe Ray Wylie Hubbard deserves. I know you probably receive dozens of these types of letters, and they all make strong cases for who the author wishes you select for the next season. But in the case of Ray Wylie Hubbard, I really think it would not only mean a tremendous amount to Ray, but it would mean a tremendous amount to Austin City Limits to finally and formally recognize one of Austin’s most important performers, and help preserve his place in Austin music for following generations to enjoy.