And Now There’s This: Justin Timberlake Is Recording New Music in Nashville 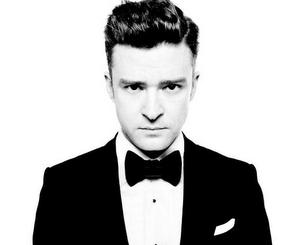 If all of the quotes over the last couple of years from Justin Timberlake proclaiming he would love to make a country record weren’t proof enough, if his purchase of a huge 126-acre parcel of land just south of Nashville in June was not any indication, if his performance at the 2015 CMA Awards with Chris Stapleton on Wednesday night wasn’t a shining beacon pointing right on the obvious notion that Justin Timberlake is about to make a country move, then maybe this news will finally seal the deal.

Saving Country Music has learned that Justin Timberlake’s label has been looking to secure the singer blocks of studio time at facilities in Nashville in the coming days and weeks, including the historic Studio ‘A’ where Chris Stapleton recorded his now CMA-winning Album of the Year Traveller produced by Dave Cobb. It’s also not out of the question that Timberlake has already been recording in town previously, and working with Nashville songwriters.

Though there’s no guarantee Timberlake will be using the studio time to make a country record, when you line up the news with quotes like “I still got my eyes set on a Best Country Album. There is time for that,” which Timberlake said to Sirius XM in 2013, all indications are that Timberlake is looking to record at least country flavored music.

On Wednesday night’s CMA Awards, Justin Timberlake was part of what became the night’s marquee performance as he sang a version of “Tennessee Whiskey” with Chris Stapleton, and then the pair sang Timberlake’s “Drink You Away.” The moment may have been a litmus test for both country music and Justin Timberlake to see just how a relationship between the two may bode moving forward.

On Thursday (11-5) afternoon, Timberlake said on Instagram, “About last night… I’ve been friends with Chris Stapleton and his lovely wife Morgane for a couple of years now, but sometimes you meet people and feel like you’ve known them your whole life. He is one of THE MOST gifted musicians, songwriters, and vocalists I’ve ever met. So stoked to share this moment with him and watch him put the WHOLE WORLD on notice. So happy for you brother. Chalk one up for the good guys.”

Another interesting wrinkle to Timberlake’s potential use of Studio ‘A’ in Nashville is that Aubrey Preston, the individual Timberlake purchased his new middle Tennessee spread from, was also the philanthropist who swooped in at the 11th hour to save Studio ‘A’ when it was slated for demolition in 2014.

Also, in an act of good will towards the Nashville community, Timberlake has donated the guitar he played on the CMA Awards to the USO Nashville to be auction off at a “Big Band Bash” event on Saturday.