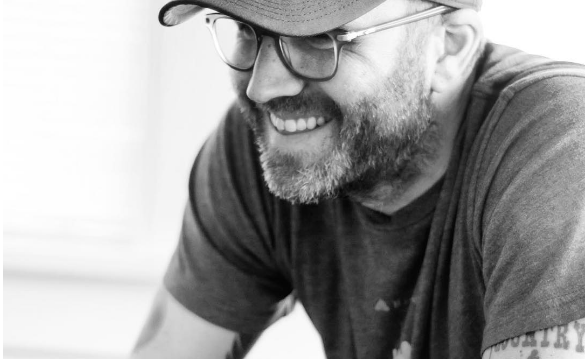 “We all bleed red, We all taste rain,
All fall down, Lose our way,
We all say words we regret,
We all cry tears, we all bleed red…”

If you’re connected to the country music world, you might have caught wind of the passing of songwriter named Andrew Dorff on Monday night (12-19). At only 40-years-old, his death is quite a shock, but like many of Nashville’s mainstream songwriters, you might not recognize the name since songwriters work mostly behind-the-scenes. Or maybe as a more classic-leaning country fan, when you saw his songwriting attributed to Blake Shelton, Hunter Hayes, and Kenny Chesney, perhaps you thought it’s someone whose work you’ve never heard.

But Andrew Dorff was the kind of mainstream country music songwriter Nashville needed more of—someone who wrote the sleeper hits of surprising depth and humanity compared to most radio singles, and the solid album cuts from mainstream artists you may otherwise write off.

When Saving Country Music went to put together an Apolitical Playlist to try and get through the acrimony of the recent Presidential election, the first song that sprang to mind was Ronnie Dunn’s “Bleed Red” penned by Andrew Dorff and Tommy Lee James.

Andrew Dorff was the songwriter that could pen those songs that cut across the often polarizing lines between mainstream and independent, contemporary and classic. And he did it with words and melodies that were universal and timeless in how they touched the human ear. His father is Steve Dorff, who is also an accomplished songwriter that penned “The Man in Love with You” and “I Cross My Heart” for George Strait, and Eddie Rabbit’s “Every Which Way But Loose.” Andrew’s brother Stephen Dorff is an actor who is readying the release of a film where he plays an aspiring country star that moves from Texas to Nashville.

“Andrew Dorff was family to all of us at UMPG Nashville,” said Kent Earls of the Universal Music Publishing Group Nashville—Andrew’s publishing house. “We’re completely heartbroken and saddened. His words will forever live in song and his light will forever shine on. Our thoughts and prayers are with Steve and the rest of the Dorff family.”

The Nashville Songwriters Association International echoed similar sentiments. “Our songwriting community is small and close and this loss will hurt us all deeply. Andrew was a good man and a good friend. He was an elite songwriter at the peak of his life and career. Our sincerest prayers go out to his family. May we all hug each other a little tighter this week and remember that life is fragile.”

As the Nashville Songwriters Association said, Andrew Dorff was just hitting his peak because country music was finally beginning to come back to the substance and timelessness that was characteristic of his songs. Not all of Dorff’s songs were of timeless brilliance, but the ones that were found their way to the forefront.

The cause of death for Andrew is still unknown pending and ongoing investigation by the Miami-Dade Medical Examiners office.

Editor’s Note: There appears to be some question of whether Andrew Dorff wrote William Michael Morgan’s latest single “Missing” with Mark Irwin, and Josh Kear, or if it was written by Rhett Akins and Marv Green. Though many sources attribute the song to Dorff, William Michael Morgan says Akins and Green were the real writers. AllMusic is the only outlet that attributes the song to Akins and Green, but AllMusic is also more directly tied to the metadata sources that catalog music.