Angst, Anger, 90’s Music, And The Legacy of Chris Cornell 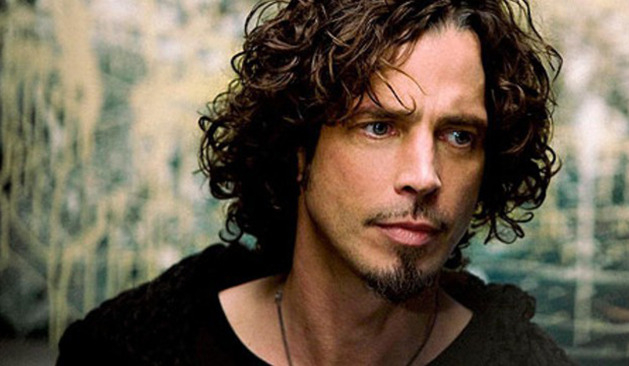 If asked to name one significant difference between the children of Generation X, and the generation most commonly referred to as Millennials today, it would be that Gen X hated their parents, and Millennials never did. In fact Gen X hated most everything. They hated their parents, they hated their siblings, and they hated life. It was the result of broken families and divorce being the norm of the 90’s, while a fervent generational gap between parents and children that just doesn’t exist in society today reigned supreme throughout the 90’s era.

In the 90’s, aggressive, angry, angst-filled music was the pop music of the day—Kurt Cobain and Nirvana, Scott Weiland and Stone Temple Pilots, and Chris Cornell and Soundgarden. And it wasn’t just limited to what was referred to at the time as “grunge music.” In the 90’s, Marilyn Manson was a pop star. Industrial music’s Nine Inch Nails had huge hits on the radio. Green Day and Sum 41 had punk albums at the top of the charts with angst-filled, anti-conformist anthems crying plebeian chants. Rap at the time was prefaced as “gangsta” and included some of the most violent and explicit references in music history. Alternative rock became the radio format of the age, supplanting all others with one angry song after another.

Even the softer music of the time, such as The Cranberries, Alanis Morissette, or even Natalie Imbruglia were brooding, angst-filled offerings tugging at the ends of their sleeves, and giving into internal emotions as opposed to fostering a sunny disposition in an effort to conform. Television and film, along with the rest of society and culture, followed along. Shows like Claire Danes’ My So-Called Life and Brandon Lee’s The Crow illustrated the dark pall cast over the 90’s perspective. Only country music offered a breather from all of the depression present in popular culture.

All of this occurred as the economy bustled, and its bounty was widespread. It wasn’t politics that gave rise to 90’s anger either. Apathy reigned supreme in the political landscape, resulting in some of the lowest voter turnouts in generations. Crime was high, but compartmentalized in blighted intercities while white flight suburbs enjoyed historic prosperity not seen since. Yet we were so very angry. The only virtue of the age was that anger was not allowed to be internalized. It was expressed unflinchingly through our music.

Suicide rates and drug addition were on the rise in the 90’s, and the songs and artists spoke to this phenomenon with pointed and courageous honesty. Just looking back at the song titles that became pillars of the Soundgarden legacy—“Black Hole Sun,” “Blow Up The Outside World,” “Fell On Black Days,” “Pretty Noose”—the weight of emotion Generation X felt was incredible, and far ranging.

Kurt Cobain was long ago crowned king of the generation, if for no other reason than his suicide solidified his place as the most burdened of them all. Chris Cornell could have very well been bestowed a similar crown from the legacy he laid during the era. But he survived. Until now.

Sure, the 90’s gave rise to the Goth kid and the emo kid, where it appears the anger and depression puts the cart before the horse, and is just as much an element of fashion and conformity as anything. But don’t question that the 90’s were disturbed times in the mind of adolescents. We didn’t have nearly the insight as we do today into mental illness. We were burdened by the fact that loving something or someone was uncool.

Yet we were eternally searching for comfort in something beyond and bigger than ourselves; something that gave voice and authority to our anger and angst; something to make us feel not so lonely in a world where we forced ourselves to be alone. And we found that in Kurt Cobain. We found that in Chris Cornell. And we survived, because of them. Yet somehow, despite all of our fandom, all of our attention, all of our eternal appreciation, we couldn’t return the favor.