Anthony Bourdain Bemoans The Rise of EDM Over Live Music 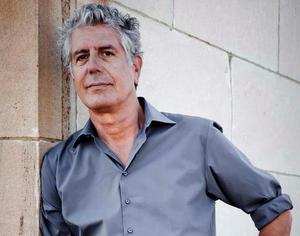 Oh to go back to the day when country rap was the worst thing we had to worry about.

EDM, or Electronic Dance Music, has become so pervasive throughout popular music that even country—once thought to be immune from inhuman instrumentation in music—is now just as gripped with this phenomenon as any genre. From Jerrod Niemann to Tim McGraw, to the intro of just about any single you will hear on country radio, some sort of electronic dance element is almost sure to make an appearance in 2014.

On last week’s episode of CNN’s Emmy Award-winning program Parts Unknown hosted by Anthony Bourdain, the well-known chef spouted off about the state of live music and EDM’s involvement when touring Las Vegas. He talked to Penn of Penn & Teller (a well-known fan of David Allan Coe), and tried to discover what is so alluring about EDM, and where it puts live acts in the pantheon of modern music.

“These days for better or worse, live acts, live performers, are being squeezed out in favor of EDM: Electronic Dance Music,” Bourdain explains. “It’s a DJ’s world, and where they once used to say cocaine was God’s way of telling you you had too much money, now maybe EDM is…Come ye lords and princelings of douchedom. Hear my clarion call. Anointeth thyself with gel and heavenly body spray. Maketh the sign of the devil horns with thine hands. Let there be high-fiving and the hugging of many bros, for this is the kingdom and the power.”

As Bourdain points out, many of the big Vegas EDM clubs now make more money on a nightly basis than the casinos. In fairness, EDM at clubs is administered by a live DJ (though playing pre-recorded, electronic music), but the rapid growth of the genre does appear to put the future of live acts at risk. Country music now has its own superstar DJ’s like Deejay Silver who is currently touring with Brad Paisley. If you’ve been wondering what the mono-genre might sound like when it arrives, it might be heralded by a moronic bass beat, and waves of glowsticks being raised to the sky. EDM is the new generation’s rock music—pervasive and inescapable throughout society. Either get out of the way, or be run over.