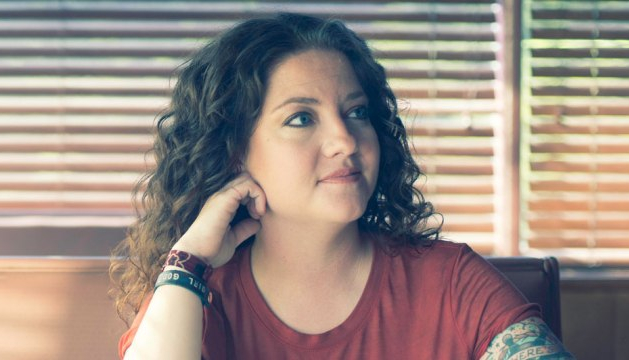 Songwriter and promising mainstream performer Ashley McBryde‘s debut major label release on Warner Nashville will be arriving March 30th, and will be named after the song she wrote for her Grand Ole Opry debut that helped spark off a national narrative behind the Arkansas native. The song “Girl Goin’ Nowhere” includes a good bit of irony about the prospects of a struggling performer, but it was the death of Guy Clark that partly inspired the tune written the day after the iconic songwriter’s passing.

“I’m not a pretty crier, and I got to my write with Jeremy Bussey that morning, red and blotchy,” says McBryde. “So, he said, ‘For Guy, maybe we should write a good song, one you’d want to play at the Opry someday.’ So, I told the story of when I was back in Algebra class, and we were going around the room saying what we wanted to do when we grew up. When it got to me, I said, ‘I’m going to move to Nashville and write songs, and they’re going to be on the radio.’ The teacher looked at me and said, ‘That won’t happen and you better have a good backup plan.’ It didn’t put the fire out, it just added to it.”

Consisting of ten tracks, Girl Goin’ Nowhere will include McBryde’s current single “Little Dive Bar in Dahlonega,” which is receiving a renewed push in 2018 ahead of the impending album release. After being named one of the most added tracks on radio during its debut week, it has since struggled. Produced by Jay Joyce, Ashley McBryde owes a lot of the attention being paid to her via Eric Church, who was an early believer. Now she looks to shatter norms in the mainstream with her gritty, songwriting-first approach that will hopefully bring a bit more honesty and authenticity to the format, and a much-needed female voice. That grittiness is evidenced in her newest song and video called “American Scandal.” 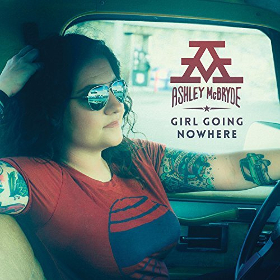 Girl Goin’ Nowhere is now available for pre-order, and McBryde will be appearing on Late Night with Seth Myers Tuesday (1-23) night.