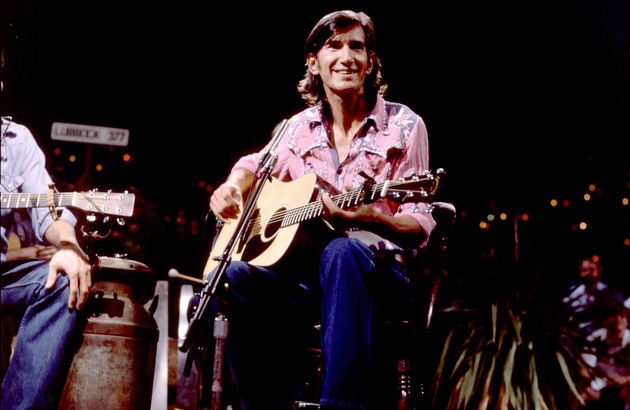 As the longest running music show on TV enters its 40th season, Austin City Limits has announced its second installment of inductees into its Hall of Fame founded in 2014.

“I am truly honored to be included in this year’s ACL Hall of Fame,” says Asleep at the Wheel frontman Ray Benson. The Texas Swing group has played Austin City Limits a whopping ten times over the show’s run. “After Willie did the pilot in 1974-5, Asleep at the Wheel was selected to do the first regular episode of ACL.  Joe Gracey and I were roommates then, and he was booking the show.  He asked who we wanted to share the bill with and I said, ‘The Texas Playboys, Bob Wills’ great band!’  That episode is now housed at the Smithsonian.  Over the years I have appeared in numerous episodes both as a featured performer and a guest performer, and I cannot imagine our 45-year career without the exposure that ACL afforded us. Many thanks to the great staff who make the show what it is!”

Townes Van Zandt and Guy Clark, who both performed on the show multiple times, symbolize the very heart of what makes Austin, TX an epicenter for some of the best songwriters American music has ever heard. Flaco JimÃ©nez, who also has appeared on ACL multiple times, embodies the diversity of Texas music and the importance of musicianship as well as performance. And the inclusion of Loretta Lynn shows that from the beginning, Austin City Limits was not just about capturing the rich textures of Texas music, but honoring the legends that influenced it.

The original crew of the Austin City Limits show will also be honored as the 2015’s non-performing inductee.

As part of the Hall of Fame announcement, it was also revealed that Sturgill Simpson, The War On Drugs, and a special Bob Wills tribute comprised of Asleep At The Wheel and The Avett Brothers among others will be part of upcoming season 41 tapings.