Basically, American Radio Is Being Suffocated By Billions in Debt & Could Implode Any Moment 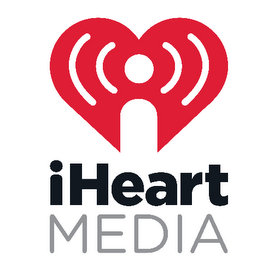 It was inevitable, and it is inevitable. With the largest owners of American radio stations carrying around such an incredible debt burden, and working under an outmoded business model, the implosion and reorganization of the radio business is not a question of “if,” but “when.” And it might be happening sooner than later.

The two largest radio station owners in the United States—iHeartMedia (formerly Clear Channel) and Cumulus Media—both have billions in debt, are both looking to restructure that debt to avoid bankruptcy or default, and are both dealing with dwindling profitability. Even when the companies are able to post strong quarterly earnings, the interest on the debt they owe and impending payoff dates make it virtually impossible to see a way forward for the companies. It appears they will never be able to pay down they’re debt. So they have resorted to endlessly restructuring their debt to put off due dates indefinitely.

iHeartMedia tried to save itself in January by selling off five outdoor markets in its lucrative billboard sign business—Clear Channel Outdoor Holdings, inc.—to competitor Lamar for $458.5 million. But instead of solving the financial problems for the company, it may have exacerbated them.

Despite owning 840 radio stations with a weekly listenership of 110 million, and boasting an additional 80 million online users through the iHeartRadio app, the company carries a total of $20.6 billion in debt. Just the interest on the debt, which totaled $1.74 billion in 2015, ate away some 25% of the company’s earnings last year. This meant despite pulling in a whopping $6.5 billion in revenue in 2015, the company still lost $661 million due to debt interest and other expenses.

But that’s not the company’s only problem. Tied to the outdoor billboard division sale, a group of iHeartMedia’s senior creditors took exception to how the company attempted to move a portion of the proceeds of the sale from one division of the company to another, and sent iHeartMedia a default notice on their debt. iHeartMedia has challenged that default notice in court, but if they lose, the debt could come due in total in less than two months time, and send the company into bankruptcy.

iHeartMedia has made a habit of restructuring debt over the years to avoid catastrophe, but even if they are able to wiggle out of the current default notice, they still have to solve their long-term debt and revenue issues. The company’s iHeartRadio app is doing well, but they continue to spend incredible money to promote it with festivals and awards shows, while some investors and technology experts question the app’s long-term effectiveness in an increasingly on-demand world.

Currently, Cumulus Media has a total of $2.5 billion in debt, and each year the company has to shell out $140 million in interest on that debt. Though by the numbers this debt is not as large as iHeartMedia’s, Cumulus has more serious underlying problems compared to its competitor. Both company’s stock prices have been decimated in the face of rising debt concerns. iHeartMedia’s stock at the moment trades near $1.00, and has fallen over 78% in the last year. But Cumulus’ stock price has performed even worse, trading at $0.52 currently and falling 93% over the past year, putting the company at risk of being de-listed by major exchanges.

Cumulus also has a manpower problem. They’ve lost nearly 2,000 employees in the last 18 months, or almost 50% of their work force. And these aren’t layoffs, this manpower has left voluntarily, leaving Cumuls scrambling to fill key vacancies. The rats are fleeing the sinking ship so to speak. Cost cutting measures have only resulted in parallel revenue losses for the company. Cumulus has a bit more time to figure out its financial future compared to iHeartMedia, but its overall situation may be more dire, especially since they don’t have a major technology play like the iHeartRadio app to peg their future on in an increasingly on demand, non-traditional radio media landscape.

Meanwhile CBS Radio—the 4th largest radio station owner in the country—is rumored to be looking to be sold by its parent CBS, possibly to the 3rd largest radio station owner, Townsquare Media. Townsquare is buffered to some extent by its vast collection of music blogs, including Taste of Country, The Boot, Brooklyn Vegan, Pop Crush, and many more, but still faces the impending realities of traditional radio. Townsquare is also one of the few radio owners who has been able to pay down its debt as opposed to just restructuring it. In October they made a voluntary $20 million payment on their debt to bring it down to $298.5 million total. But they’re still operating with a huge debt burden.

So should we be cheering the implosion of American radio, since it has become such a lumbering monolith, wrongfully thinking it can cut its way back to profitability by syndicating programming nationwide and relying on less manpower, which is what got radio into this spot in the first place? What will the radio landscape look like if the major networks fall into the hands of creditors via bankruptcy and default? Would it become even more of a lumbering monolith, or would radio station ownership and operation revert back to the local communities that can offer something unique and relevant to its listeners?

Radio still remains one of the most viable way to reach both local ears, and the masses. As radio goes, so could go the music that relies on it to find an audience.