Because Nothing Says “Outlaw” Like Going on a Cruise 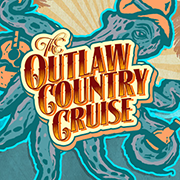 Whether you have already purchased your tickets or are planning to soon, or you’re sitting back and laughing at the idea of a bunch of “Outlaws” setting sail in a luxury liner outbound for the Cayman Islands, don’t lie to yourself and say that this isn’t something that you wouldn’t love to participate in if you could swing it. Out at sea with some of your favorite country artists surrounded by the beauty of the Caribbean? It’s country music paradise, no matter what crazy juxtaposition the words “Outlaw” and “cruise” happen to pose, and even if there’s some names on the poster you may not jive with; hell that’s the case with any event or festival.

But let’s face it, there’s just something strange about taking an “Outlaw Country Cruise.”

Sixthman is the promotional outfit behind the recently-announced musical voyage setting sail from Miami on February 7th, 2016, and it’s a company known for throwing such music-themed sea shindigs. Sixthman is also the organizer behind Kid Rock’s “Chillin’ The Most” cruise, and the Americana-themed “Cayamo” cruise which is in its ninth year and has hosted many of the same performers that will be showing up for the Outlaw cruise’s maiden voyage.

But the existence of an Outlaw Country Cruise on Sixthman’s cruise menu most certainly underscores just where we are in the maturation process of the term “Outlaw” in 2015. Though to many the term means a rebellious spirit that bucks the industry of mainstream Nashville, including someone who may not be into relaxing on a ship or have the expendable income to do so, to the industry and event organizers “Outlaw” is simply another marketing tool, and a way to reach a demographic of listeners who fit like a puzzle piece in the greater music consumer panorama to fill up the 2,500-capacity Norwegian Pearl. “Outlaw” means a blue collar type that likely has enough expendable income to own a Harley Davidson and afford a four-day vacation.

That’s the upshot of the existence of an Outlaw Country Cruise. “Outlaws” today aren’t young ruffians, they’re middle aged family types with $1,700 mortgages and a babysitters on speed dial. “Outlaw” today is just as much bravado and fashion as it is anything. “Outlaws” are the Dungeons & Dragons nerds of country music—a little outdated, and prone to play dress up.

Does that mean the Outlaw Country Cruise lacks authenticity? Ticket holders may find themselves in not too dissimilar environs to what Willie Nelson experiences at his house in Hawaii, or Johnny Cash experienced at his palatial spread in Jamaica, so who’s one to make that accusation? Does that mean there aren’t any true Outlaws still out there? Of course there are, and just like the term “country,” the term “Outlaw” should be fought for from those who would bastardize it. Are there Eric Church and Justin Moore fans mad because they aren’t being included? They’re Outlaws, just ask them.

Sixthman has included multiple DJ’s from SiriusXM’s “Outlaw” channel in their lineup, and they will be broadcasting radio shows from the boat. They have the marketing channels for this thing built right in, but again, what is SiriusXM’s definition of “Outlaw” beyond a catch-all term for country-ish music made by independent artists—unless you include Shooter Jennings playing Kanye West? Americana should have been spun off from Outlaw a long time ago on satellite radio, but that’s another discussion.

So in closing to this rambling attempt to make sense of the fact that we now live in a music world where there’s such a thing as an Outlaw Country Cruise, if you’re going, count yourself damn lucky, and if you’re not, don’t be jealous. But in the end it just feels like we all kind of lose a little something behind the mystique and specialness of the “Outlaw” term. Though if you consider yourself an Outlaw, you’ve been witnessing that for going on 50 years. So you probably deserve a vacation.