As Saving Country Music has been reporting, many people are incensed over CMT’s new reality show Party Down South made by the same producers of Jersey Shore and part of CMT’s new lineup that includes 7 new reality series as country music continues to get squeezed off of Country Music Television. Ben “Cooter” Jones, an original cast member of The Dukes of Hazzard as mechanic Cooter Devenport and a former United States Congressman, has taken the point on the matter, wanting CMT to at least remove its placement of ads for the show amidst what is advertised at programming fit for family entertainment. The ads for the show themselves have very questionable content.

CMT Whores Itself with New “Party Down South” Show

Now Ben “Cooter” Jones has crafted an open letter to CMT and its parent company Viacom, calling the show the “most offensive and sleaziest thing ever to make it to a national audience.” Read the letter in its entirety below.

AN OPEN LETTER TO VIACOM INC. AND THE COUNTRY MUSIC TELEVISION NETWORK (CMT)

To Whom It May Concern:

Your company Viacom, under the aegis of CMT (a network in the MTV group) is committing an act of what can only be called “cultural pornography” by airing a production entitled “Party Down South”. It is a so-called “reality show” in which a group of young men and women who call themselves “proud Southerners” do things which no one, Southern or otherwise, could possibly be “proud” of.

In one episode we are informed by your advance press that the characters will urinate on themselves and then upon each other. (We are also informed that we can get a raunchier version on an “app”.) May we assume that your Executive Chairman, Mr. Sumner Redstone and that your President and CEO, Mr. Phillipe P. Dauman have screened this show and fully approve of its content? 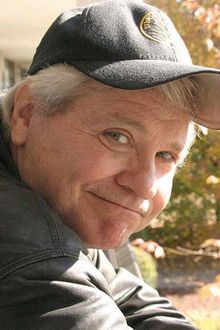 Well, I suppose not, since yours is a corporation with over $22 billion in assets, and those big-shots are probably too busy to sit around watching drunken louts urinating on each other, huh? But you have invested quite a bit in this vile travesty of a “show”, since CMT has ordered ten episodes of this slimy creature and has spent another fortune promoting it.

And so I have a bone to pick with you. I have several reasons to detest this show, which is without a doubt the most offensive and sleaziest thing ever to make it to a national audience already neck-deep in offensive sleaze, much of it courtesy of your corporation.

My objections are to some extent personal. For starters, I have been a part of the “Dukes of Hazzard” since 1979. As you know, “The Dukes” has been a continuing hit, a beloved part of Americana which has brought great attention to CMT with its extraordinary cable ratings. The reason “The Dukes of Hazzard” has been a solid franchise for 35 years is that it is family show in the best sense of that phrase. It is a show the whole family can enjoy together without worrying about what the kids are going to see and hear. It is like the old “B” westerns of Roy Rogers and Gene Autry, when the good guys always did the right thing, and the bad guys got their comeuppance, and there was great action and comedy and music, and nobody ever really got hurt. Our show used cars instead of horses, and the Duke boys became heroes to several generations of folks in the American Heartland and everywhere else for that matter. I was the trusty sidekick “Cooter” and the affection that people feel for that show is as much an honor to me as having been twice elected to Congress.

So when CMT started airing some truly execrable commercials for “Party Down South” during the showing of “The Dukes”, I and thousands of other viewers were appalled. I know from 35 years of daily contact with our fans that there were countless young kids watching our show and therefore being exposed to these really trashy commercials. So we complained “en masse”. But apparently your company could care less about the concerns of your audience. You have not ever acknowledged the problem and have continued to show the smut.

I am also offended by your portrayal of the South. Hollywood’s depiction of the South has famously been the stuff of scores of books, articles, and dissertations. We in the Southland are

accustomed to being mocked, stereotyped and accused of all sorts of decadence and hatreds. The South has become a convenient whipping boy for the sins of the entire United States. But since we don’t produce the films and the television shows, your false version of us becomes the “accepted truth.”

“Party Down South” is a show about 4 men and 4 women who are obviously being told by these Hollywood/New York producers to drink as much booze as possible and then to do the most banal and boorish things conceivable. And these morons succeed at depraved acts that would have made the Marquis DeSade blush.

Idiotic alcoholic behavior exists all over the world. It is not to be celebrated. We can only hope that one of these “Party Down South” bozos doesn’t kill somebody while driving in a blackout. It happens somewhere every night in America. That’s the real “reality.”

So Viacom, you are robbing young kids of innocence with your commercials. You are insulting the South without a clue of the richness and diversity of our many Southern cultures, and you are glorifying drunken debauched behavior for no reason except that old bottom line. Oh yes, and you are doing it on the Country Music Television network which was built by appealing to rural heartland viewers with a sense of tradition and genuine values. What’s up with that?

When the standards of programming are relentlessly lowered until the unacceptable becomes acceptable, what then? For it has already happened. “Party Down South” is Exhibit A. But what comes next? How do we stop this social corrosion and the degrading of mores? Shouldn’t that be of great concern to those in control of our national media? Can’t you say more than “If you don’t like it, turn the channel?”

Do y’all understand why we are upset? Do you care? Is anybody home? I fear I know the answer to those questions.