Ben Folds Is Trying to Save Nashville’s Historic Studio ‘A’

Ben Folds is being forced out of the Studio ‘A’ space because of increased rents.

Developer Tim Reynolds of Bravo Development has told The Nashville Scene that they have no intention of demolishing Studio ‘A’.

“We’re glad to [say] that if Bravo Development consummates its sale, it is our full intention to preserve and incorporate the studio into our design,” says Reynolds. “We are now in the early stages of the engineer work and architectural work, but if that can be achieved, we will incorporate that studio and preserve it … It was always part of the plan.”

“All I can say is that this speaks volumes about the character of Mr. Reynolds and demonstrates an appreciation and respect for our city’s great music heritage,” says Ben Folds. “Thank you Mr. Reynolds. I look forward to learning more about the studio’s ultimate fate, and will pass along any further information I receive.”

Singer, songwriter, and record producer Ben Folds is trying to save what is arguably the most important, and most historic studio in the history of country music. RCA’s famed “Studio ‘A'” located on Music Row in Nashville is where many of country music’s finest classic records were recorded by a dizzying list of the genre’s stars. Many important albums from noteworthy artists outside of the country also recorded in Studio ‘A’ over the years. It is the epicenter of the classic sound of country music.

The studio’s sister studio, “Studio ‘B'” is currently operated by the Country Music Hall of Fame, and has been preserved as a landmark. But according to Ben Folds, Studio ‘A’ is in jeopardy. The studio has been owned by the descendants of Chet Atkins and Owen Bradley—the architects of ‘The Nashville Sound”—and has been rented by Ben Folds for the last 12 years. But the property where Studio ‘A’ is located is set to be sold to Brentwood, TN-based commercial development company Bravo Development. Though the plans of Bravo for the building have not been made public, Ben Folds is concerned this could be the end of the historic studio.

Studio ‘A’ was built in 1964 by Chet Atkins, and was originally called “RCA Victor Nashville Sound Studio.” It is located at 30 Music Square West on Music Row.

Ben Folds has penned an impassioned public letter, letting people know of the sale of Studio ‘A’, hoping to engage the public in an effort to keep the studio open, and help make it a landmark for music fans. You can find the entirety of Ben’s open letter below. 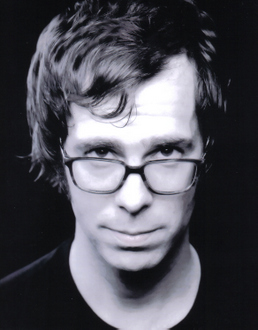 Last week, on the day that would have been Chet Atkins’ 90th birthday (June 20, 1924), my office received news that the historic RCA Building on Music Row is set to be sold. This building, with the historic Studio A as its centerpiece, was Atkins’ and Owen Bradley’s vision and baby, and had become home to the largest classic recording space in Nashville. Word is that the prospective buyer is a Brentwood TN-based commercial development company called Bravo Development owned and operated by Tim Reynolds. We don’t know what this will mean to the future of the building.

First off, kudos to the estates and descendants of Atkins and Bradley for doing their best to keep the building alive. They’ve owned the property all these years and could have at any point closed it up or mowed it down. Sadly, it’s what happens in the name of progress. Studio A, which turns 50 years old next year, has a rich history.

I had no idea of the extent of legacy of this great studio until I become the tenant of the space 12 years ago. Most of us know about Studio B. Studio A was its grander younger sibling, erected by Atkins when he became an RCA executive. The result was an orchestral room built to record strings for Elvis Presley and to entice international stars to record in one of these four Putnam-designed RCA spaces in the world. The other three RCA studios of the same dimensions built in LA, Chicago and New York have long since been shut down. I can’t tell you how many engineers, producers and musicians have walked into this space to share their stories of the great classic recorded music made here that put Nashville on the map. I’ve heard tales of audio engineers who would roller skate around the room waiting for Elvis to show up at some point in the weeks he booked, stories about how Eddy Arnold recording one of the first sessions in the room and one of the songs was “Make The World Go Away,” Dolly Parton (Jolene) and The Monkees recorded here, and so on. Legendary songwriter John D. Loudermilk and his bride were serenaded by a session orchestra hired by Atkins who were recording here for an artist. He recalled that they danced all the way to the loading doors and into their limo, reminiscing about the beautiful floor tiles which still line the entire space. He co-wrote countless numbers of songs with Atkins and many others in this studio.

To this day, Studio A remains a viable, relevant and vibrant space. In recent years these artists and filmmakers have recorded or worked here, to name a few:

While we Nashvillians can feel proud about the overall economic progress and prosperity we’re enjoying, we know it’s not always so kind to historical spaces, or to the legacy and foundation upon which that prosperity was built.

My motivation for spending over a million dollars in rent and renovations over these past 12 years was simple. I could have built my own space of the same dimensions with that kind of investment. But I’m a musician with no interest in development or business in general. I only want to make music in this historic space, and allow others to do the same. I’ve recorded all over the world and I can say emphatically that here’s no recording space like it anywhere on the planet. These studio walls were born to ring with music. I just wanted to keep it alive.

Before the news of the sale I had been in recent talks with other entities on how we could collaborate on allowing visitors to Music City to see the space firsthand and hear its rich history, while also making sure that it stays busy making music history of tomorrow. No one can say now what will become of that idea.

Selfishly I’d love to remain the tenant and caretaker of this amazing studio space. I love it dearly. But if I must let it go in the interest of change, my only hope is that it remain intact and alive. A couple of years ago my co-manager, Sharon Corbitt House, promised the late, great producer Phil Ramone, while he was in town recording Tony Bennett and an orchestra LIVE in this space, that she would do what she could to keep the studio doors open. Ramone had watched the former New York RCA studio transform into office space for the IRS and couldn’t bear to see the last of this incredible acoustic design fade away.

So here’s where we’re coming from. Historic RCA Studio A is too much a part of why such incredible business opportunities exist in 2014 in Nashville to simply disappear. Music City was built on the foundation of ideas, and of music. What will the Nashville of tomorrow look like if we continue to tear out the heart of the Music Row that made us who we are as a city? Ultimately, who will want to build new condos in an area that has no central community of ideas or creatives?

We are Music City-the only city in the world truly built on music.
My simple request is for Tim Reynolds or whoever the next owners might be of this property, before deciding what to do with this space, to take a moment to stand in silence between the grand walls of RCA Studio A and feel the history and the echoes of the Nashville that changed the world. I’d like to ask him and other developers to listen first hand to the stories from those among us who made the countless hit records in this studio the artists, musicians, engineers, producers, writers who built this rich music legacy note by note, brick by brick.

I don’t know what impact my words here will have on anything. I just play piano. But I felt the need to share, and to encourage others who also care about preserving our music heritage to speak up as well.

I believe that progress and heritage can co-exist in mutual respect. Maybe this time we can at least try to make the effort.