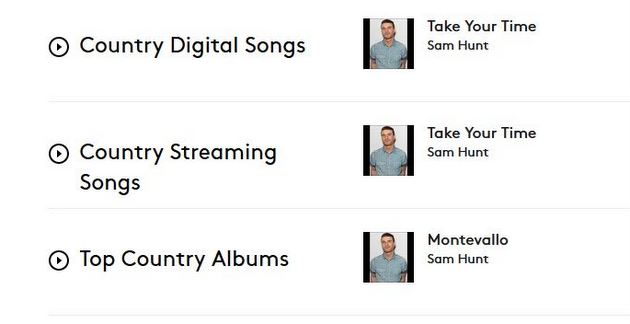 On March 5th, Billboard‘s long-time senior chart manager in Nashville Wade Jessen passed away unexpectedly from a heart attack at the Summit Medical Center in Hermitage, TN. His passing came as a shock to not just the Billboard community, but the country music community at large. Jessen was made chart manager in 1994, and also was known to many as a DJ on SiriusXM’s Willie’s Roadhouse channel covering the night shift. Before moving to Billboard, he was a program director at Nashville’s prestigious WSM-AM where he was once named by Billboard as the medium market “Program Director of the Year.” He was just 53-years-old.

Wade Jessen’s passing and the changeover at Billboard‘s senior chart manager position in Nashville comes at a critical time in the chart’s history, and the history of country music at large. Though the discussions and arguments about what is country and what isn’t are as old as the genre itself and can many times boil down to semantics and subjectivity, a serious case can be made for the integrity of country music being on the most spurious footing yet, and what the term “country” means to listeners never being more intangible.

Even at other times in country music’s history when the genre appeared to be at a critical crossroads, like at the height of the countrypolitan era right before the rise of the Outlaws, or the malaise of the 80’s rescued by neo-traditionalists like Randy Travis and Dwight Yoakam, and onto the “Class of ’89” with Garth Brooks and Alan Jackson, it’s hard to look back at any low point—creatively or commercially—and say the music still wasn’t grounded sonically in something resembling a country music sound.

In 2015, the names and music residing at the top of Billboard’s respective genre charts seems topsy-turvy and misguided. While Sam Hunt and his music that resembles next to nothing country is at the top of the country charts, an artist like Brandi Carlile who does uphold some of those country standards has the top album in rock. A very serious case can be made that those two artists should be switched, and that the fans of both genres are being underserved. And you can’t simply blame the fact that Sam Hunt is on a country label for the oversight, because so is Taylor Swift who now officially resides in pop. The charts are very tied to radio play, but radio play is the one sector where Sam Hunt’s success—as well as the success of other non-country acts in the country genre—has been seriously lacking, and the legitimacy of their presence in that medium has been called into question too.

So who is asking the question of who is country, and who probably fits more intuitively on another chart in Billboard‘s genre array? Is anyone, or are Music Row’s major labels left to do as they wish without any governor? The question about a song or artist may not even be if it is country or not not, but if it is more rock/pop/dance/hip-hop/R&B, and so more appropriate to put somewhere else. In October of 2012 when Billboard moved to increase the chart performance of crossover songs, the editor-and-chief at the time Bill Werde said he looked at the country chart, and still saw plenty of country. Would he still be able to say the same thing today?

Country music lacks leadership, and not just from artists, but in many of the civilian positions in the media that help set some common sense boundaries and parameters about what should be considered country on charts, for awards, and other accolades that are used to recognize achievement and dole out distinction in the genre.

Long-time Rolling Stone editor turned CMT senior columnist Chet Flippo, and The Tennessean‘s long-time music columnist Peter Cooper, used to be two members of the media in strong positions who would give opinions about the important doings in country music, and help establish greater opinion at large. At one point a couple of years ago these two important taste makers battled publicly around the issue of whether the Country Hall of Fame should allow more members in annually or continue their of policy of austerity. Which side of the debate was right was not as important as the fact that the debate was happening, and the issue was being discussed in a public dialogue. Such debates help spurn greater knowledge and understanding surrounding important issues.

Now any strong-voiced columnists or personalities helping to keep country music in check and doing so for an established country music media institution are virtually non-existent. Chet Flippo died in June of 2013, and for all intents and purposes was never replaced. Peter Cooper has moved on to work for the Country Music Hall of Fame in a position mostly out of the public eye, and The Tennessean‘s parent company Gannett is searching for a new Nashville music columnist. Add on top of that the departure of Sony Nashville CEO Gary Overton at arguably the most powerful label position in country music, the ostensible replacement of radio DJ Gerry House by Bobby Bones a couple of years ago, and the loss of Wade Jessen at Billboard, and some very critical spots have been lost permanently, while others that look to be filled in the coming months could have big implications on country music’s future.

Without strong-willed and unbiased voices and decision makers helping to guide country music, especially in the current environment where so much of country entertainment media is simply a sound board for the industry, label heads, managers, and publicists are allowed to do as they wish with little to no dissent or question being offered. So if Sam Hunt wants to release an album that would probably be more fit to be labeled under any other major genre but country, there’s nobody to hold up a stop sign and take a more long-term perspective by understanding the implications such a move might have.

Clearly the label executives and managers are unwilling to set up some very basic and sensible parameters of the country genre; they’re taking advantage of the fact that they’re working under a system where there appears to be few to no rules about what can be released as country. So then it falls to Billboard‘s chart managers, or country music columnists for example, or maybe an umbrella organization like the CMA to ask simple questions and make sure everything is kept in check. Monitoring industry is the duty of media—not to simply be a 3rd-party promotional arm.

Though it may be the opinion of certain fans, critics, columnists, DJ’s, or other media types that an act like, let’s say, Florida Georgia Line might not be very good, if their music falls under some very basic parameters of what country is or isn’t, then they should still be allowed to be considered for country music distinctions. Thoughts of taste should be divested from discussions about genre. But when an artist, like for example, Sam Hunt, is clearly not meeting those very basic country music benchmarks, then he should be designated to a more appropriate Billboard chart.

There was nothing keeping Taylor Swift from releasing the exact same songs that she did from her recent 1989 album to country radio and having them dominate the country charts along with the pop charts as she’s done before … except for her her conscience. There is no material difference between Taylor Swift’s recent singles, and the music of Sam Hunt, or recent singles from acts like Jerrod Niemann and the Eli Young Band.

It is time for Billboard and other organizations to step up and ask itself if the songs, albums, and artists being represented on their country charts would not be better represented elsewhere in the genre spectrum, and allow the artists who uphold at least a semblance of a country sound a little more of a fair shake moving forward. Because otherwise, every country artist will have to resort to sounding like something else besdies country to simply compete on the country charts. In fact, that might be exactly what we’ve seen recently with artists such as Gary Allan and the Eli Young Band.

Country music isn’t just charts, numbers, and units sold. It’s a people’s culture and a people’s identity. It is something to draw strength and character from, and something to calibrate a compass to. Other genres are based on breaking rules, while country is based on preserving them. Country music is something you can count on being there no matter how strange the world might turn, or what calamities may come to pass. That is why it is important for country music fans, artists, media, and industry types to safeguard the institutions of country music, fight for their integrity, and preserve them for the long-term.