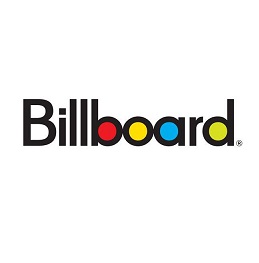 On December 4th, Billboard will roll out new changes to their Billboard 200 album chart, and the effect will be big on some of your favorite music artists, including legends like Willie Nelson and Dolly Parton, and up-and-comers like Sturgill Simpson and Jason Isbell. The changes will be the first major overhaul to the album chart since 1991, and will send pop stars and artists whose fans favor streaming to much higher positions and allow them to stay there for longer, while artists whose fans prefer to buy physical, cohesive albums or downloads will be diminished.

As first explained by Saving Country Music in September, the new chart rules (dubbed initially as a ‘Consumption Chart’) take into consideration the streaming of songs when rating the overall impact of an album. 1,500 songs streams on services such as Spotify, Google Play, Beats, Rhapsody, the new YouTube Music Key, or any other streamers will count as the equivalent of one album sale, even if those streams are all for only one song. The chart change is meant to take into account the new reality of how music is consumed, and give a boost to artists whose albums get buried on Billboard album charts because of poor sales of cohesive albums.

A big differences between what was initially reported about the upcoming changes and what were highlighted in a New York Times feature on the charts posted late Wednesday (11-19) is that there won’t be an autonomous ‘Consumption Chart,’ but changes directly to the Billboard 200.

Recently we have seen older country artists such as Willie Nelson, Johnny Cash, Dolly Parton, and Billy Joe Shaver set career chart records with their album releases because these artist’s older fan bases are one of the few demographics left that actually buy albums. But since these artist’s streaming footprint is significantly less, these new chart rules would see them fare significantly worse compared to the current system.

Same could be said for many independent artists like Old Crow Medicine Show, Sturgill Simpson or Jason Isbell, whose fan bases are more likely to buy physical albums to help support the artist. These artists have seen significant boosts from chart performances recently, and this will be diminished under the new system. Artists who rely heavily on vinyl sales like Jack White will also see diminishing returns from the new charting system.

Since these charts are used to gauge the importance and impact an artist has in the marketplace, a diminishing of these artists on the charts could affect their overall sales, or their acknowledgement by the industry. The new system will create even a greater discrepancy between the have’s and have not’s of music, and see more attention paid to the biggest artists, the biggest songs, and the biggest albums.

On the flip side, many artists who’ve arguably been treated poorly because their music depends mostly on streaming will benefit from the new system, and some change was probably warranted to account for consumers’ changing behavior. Also the chart will account for listening behaviors beyond the initial sale. Since streaming behavior happens for much longer after an album is released, it could give a more accurate portrayal of the importance of an album beyond the release date. But of course, there’s no way to gauge how many times a consumer who purchases a physical or downloaded copy listens after the purchase date, putting artists whose fans bases buy physical at a disadvantage, beyond getting a much bigger credit in the charts for the physical sale initially.

Some examples given of who would benefit under mock ups of the new chart system show artists such as EDM duo Disclosure and their album Settle going from #213 on the album chart based purely off of sales, all the way up to #64 based off of album equivalent streams and plays. That is a 149-spot difference just from the new reporting method. Another example is Katy Perry’s album Prism, which moved from #61 to #16 in early projections. But according to David Bakula of Nielson Soundscan—the company partnering with Billboard on the new chart formula—Taylor Swift’s new album 1989 would still be safe at #1 even though she has chosen to exit the streaming business on Spotify.

When Billboard implemented sweeping changes to their song chart configurations in October of 2012, it was predicted at the time by many that these changes would fundamentally modify the industry in historic ways, ushering in an era where popular American music would rapidly succumb to the monogenre, and distinctions of separate genres would slowly become irrelevant. Artists who did not occupy the “crossover” realm would see diminished significance, and popular music would all begin to sound the same.

Subsequently that is exactly what we have seen, and the fingerprints of Billboard 2012’s rules changes can be found all over malevolent trends in country music and beyond, including the rise of “Bro-Country,” the institution of rap and EDM elements in country in a widespread manner, and the continued struggles of the genre to support and develop female artists. The new rules have also affected Billboard’s rap charts and other genres, and have been aided by the addition of YouTube data in 2013.

Once the new charts are published on December 4th we’ll know more. But once again it is the little guy, the legend, and the up-and-comer that gets squeezed as the industry retools to face the new reality of music streaming.