Country music songwriting legend and original Outlaw Billy Joe Shaver will be releasing a loaded 20-song CD package with companion DVD called Live at Billy Bob’s Texas on July 17th, recorded in the “World’s Largest Honky Tonk”. This will be Shaver’s first album in five years after winning a court battle for aggravated assault in April of 2010, and heart surgery in May of 2010, and after taking some time off from touring due to a shoulder issue.

From The Press Release:

The fully loaded special package includes 20 live renditions of some of his most notable compositions on an audio CD and DVD as well as two bonus tracks, and is the first set of new concert recordings since 1995 to be issued to the public. Included among Shaver classics and favorites are two new songs: “Wacko From Waco” (co-written with his longtime friend Willie Nelson) and “The Git Go,” proving that his muse remains as fertile as ever.

A studio version of “Wacko from Waco” was originally released in February 2011 by Shaver independently, and then was released in October as precursor to this Live at Billy Bob’s album. 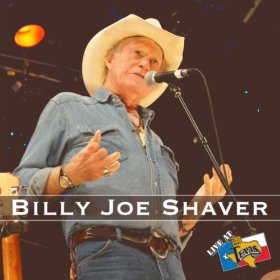 Billy Joe Shaver will be the 42nd artist to release a “Live at Billy Bob’s” album, company that includes David Allan Coe, Willie Nelson, and Merle Haggard. He recorded the album with his young, rocking band guitarist Jeremy Woodall, drummer Jason Lynn McKenzie, and bassist Matt Davis. Even at 72, Shaver still delivers a very high energy set, punctuated by his punching and personality on stage.

Some of the Shaver songs to be included on Live at Billy Bob’s are: