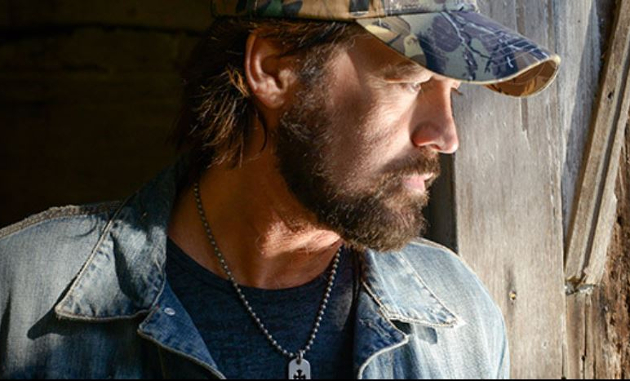 Ever had a smoke alarm, or maybe one of those crazy blooming birthday candles from China that even after you remove the batteries and take a sledge hammer to them they have the uncanny ability to keep chirping away no matter what manner of holy hell you inflict upon their plastic existence? Well that’s Billy Ray Cyrus and his song “Achy Breaky Heart.”

When you saw the story come across the wires late last week that he’d decided to change his name to just “Cyrus” and was re-launching “Achy Breaky Heart,” your first thought was it must be a bad gag at best and didn’t give it a second thought. But no, he’s completely serious. Billy Ray Cyrus is like the Vanilla Ice of country, but even Vanilla Ice is self-aware enough now to know that 1990 Vanilla Ice was a total tool. Billy Ray Cyrus on the other hand is now tripling down on the only thing that keeps his name in the spotlight beyond siring Miley.

Yes, this is actually the second time he’s re-launched “Achy Breaky Heart” in the last three years. In early 2014, Billy Ray teamed with some washed-up rapper named Buck 22 and media personality Larry King of all people to inflict “Achy Break 2” on the world. It was so colossally terrible, it actually charted on the Billboard Hot Rap Songs chart at #11 sheerly from people hate listening to the song and watching the imbecilic video for its unintended comedic value.

“Achy Breaky Heart 25th” marking 25 years of this embarrassment is the new version of arguably the most vilified song in the history of country music, and it’s every bit of the detritus slop you would expect. It sounds like bad, B-Side Fabulous Thunderbirds. Oh and by the way, the now mononymous “Cyrus” is also planning to release “Spanglish” and EDM versions of the song. Because apparently God hates us.

As for changing his name, “I always went by Cyrus, and I begged Mercury Records to call me Cyrus in the beginning because that’s what I was comfortable with,” Billy Ray recently told Rolling Stone, likely with a stupid look on his face. “I’m going to the hospital where I was born in Bellefonte, Kentucky, and legally changing my name.”