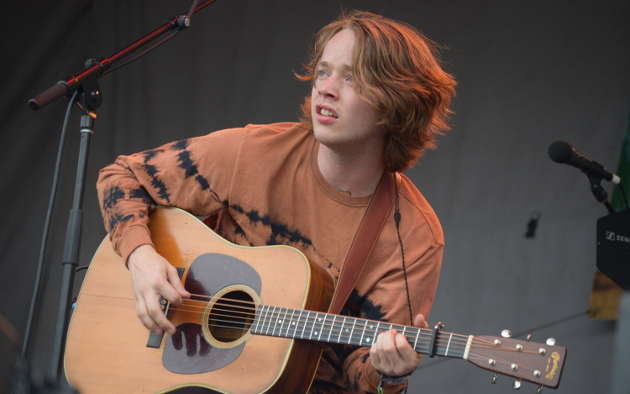 If you’re eyes are solely affixed to Texas and Kentucky, and the Outlaw and underground scenes for who may rise up among the ranks of musicians and help save country music, you’re gaze is overshooting one of the most impressive classes of young bluegrass musicians the subgenre has birthed in history. And right atop that class is the Michigan-born and Nashville-based Billy Strings, who is a guitar-playing maestro second to none, and an impressive singer/songwriter to boot.

Billy’s debut 2017 album Turmoil & Tinfoil earned high marks from Saving Country Music, and in 2018, he was named the #2 best live performer only behind the high and mighty Mike and the Moonpies. Now Billy Strings has officially signed to Rounder Records, and will be releasing his latest album HOME on September 27th, 2019. Don’t be surprised if it launches him into the stratosphere of not just bluegrass, but country and Americana, and the world of music beyond where Billy wows crowds from the jam band and rock world, and even jazz and experimental music with his other-worldly improvisation and musical imagination.

“Rounder has set a very high bar in its nearly 50 years of presenting some of the best virtuosic acoustic music of all time,” says Rounder President John Strohm. “Billy is not only an instrumentalist to rival the finest talents on Rounder’s historic roster, but he’s also a phenomenal singer, writer, collaborator, and live performer. It is our great honor and privilege to have the opportunity to work with such a brilliant, innovative young artist to complement Rounder’s outstanding musical tradition.”

As Saving Country Music has said about Billy Strings before, “The only way to describe the Billy Strings live experience is like tripping without acid. The compositional fortitude is so soaring, it opens up recess in your mind that are otherwise inaccessible. In a word, Billy Strings is a modern-day musical virtuoso.”