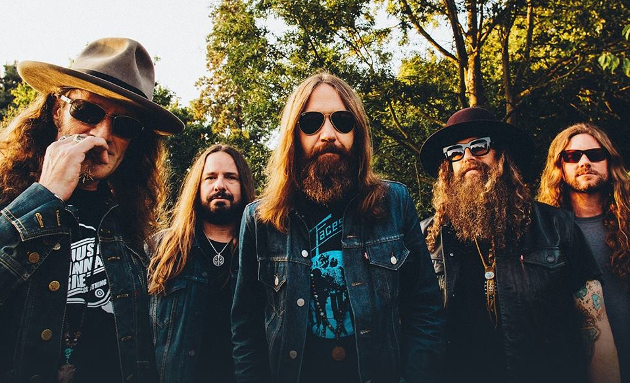 Southern rock gods Blackberry Smoke have just added even more dates to an already-stacked 2019 tour schedule, but these come with an interesting wrinkle. Piggy backing off of the release of their Southern Ground Sessions EP which offered acoustic renditions of the songs featured on their 2018 studio album Find a Light, they will be doing a host of acoustic-only shows. Called the “Break It Down Tour,” it will be the first acoustic-only tour of its kind from the band.

If you’d rather see Blackberry Smoke plugged in, you have plenty of options for the as well. And for those beyond North America, Blackberry Smoke has some dates for you too. Along with an extended tour throughout Europe in June, they will also be traveling to Colombia, Peru, and Brazil for select dates this May.

Blackberry Smoke will be playing a few support dates for Slash and on Lynyrd Skynyrd’s farewell tour in 2019 too, and on their own tour they will be bringing out Chris Shiflett, The Quaker City Night Hawks, Amanda Shires, Nikki Lane, and Will Hoge as support, as well as playing a package tour with Tedeschi Trucks Band and Shovels & Rope later this summer. Blackberry Smoke also includes a festival stop at the Tumbleweed Festival in June, and a 2-night Ryman Auditorium residency. If you don’t see Blackberry Smoke in 2019, that’s on you because they’ll be all over the place like a bad rash. All dates and info below.