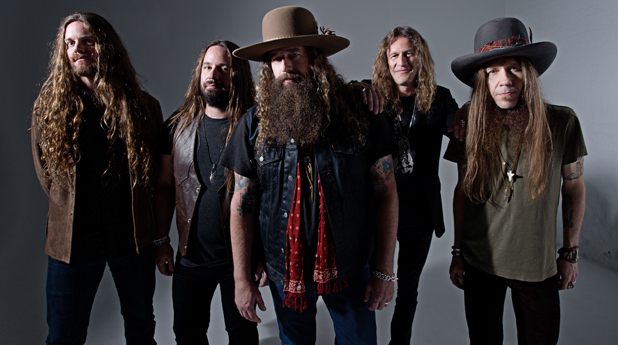 Blackberry Smoke isn’t just helping to save country music, they’re helping to save Southern rock music, rock music, American music, and music made by real humans sweating on a stage, holding real damn instruments, and testifying. In a time when we can’t agree on anything, music fans from a major swath of the population can agree that Blackberry Smoke is one badass group of hairy dudes. While much of American music has abandoned the authenticity and machismo that’s at the heart of the American sound, Blackberry Smoke has doubled down on it.

Remember back to early 2015 before Aaron Watson, Jason Isbell, and Sturgill Simpson were landing #1 records on the country charts? It was actually Blackberry Smoke who claimed the very first independently-released record to go #1 with Holding All The Roses. Now with Thirty Tigers, they will release their next installment Like An Arrow on October 14th, and have released a new single ahead of it called “Waiting for the Thunder” (listen below).

Produced by the band themselves and recorded at The Quarry Recording Studio in Kennesaw, GA, Like An Arrow will feature 12 tracks, including an appearance by Southern rocker Gregg Allman on a song called “Free on the Wing.” This new album will be released on the quickest turnaround for an album since the band formed in the early 2000’s, and for good reason. The appetite for their Southern rock has never been stronger, and we may be witnessing Blackberry Smoke hitting their stride. 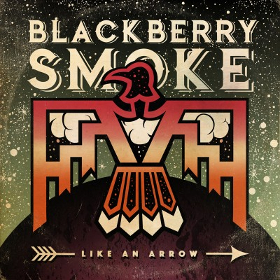 “This album is the self-produced culmination of 15 years of trying to plant our flag in the musical landscape. We couldn’t be more proud of it,” says frontman and songwriter Charlie Starr.