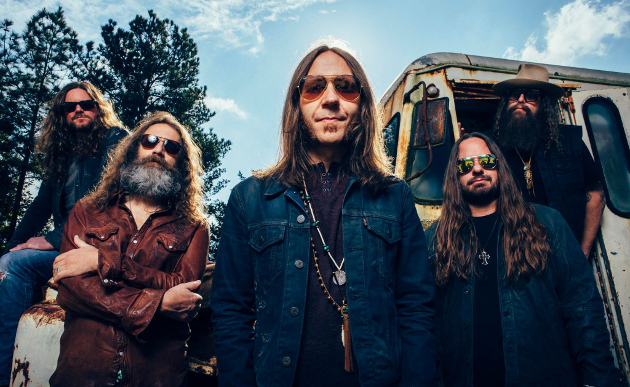 Blackberry Smoke has done it again, and I cannot confirm or deny that this mild-mannered, professional music reviewer at one point found himself standing precariously on the top of a couch, back arched and mouth agape, blaring air guitar while supposed to be objectively listening to this record, and feigned cleaning cobwebs off the knick knack shelf when walked in upon.

What the hell happened to rock and roll? What poor, miserable bastards have to grow up in a world where the preeminent rock bands of their generation are Arcade Fire and Imagine Dragons? In a just world, Cody Jinks and the Turnpike Troubadours would regularly be played on mainstream corporate radio, Dale Watson would be a member of the Grand Ole Opry, and Blackberry Smoke would be burning down arenas filled to capacity with throngs of out-of-control fans trying to crash the stage, and a militarized police force having to use water canons to disburse the crowd after the show.

Screw talk of saving country music, or even notions of “Southern rock.” With their latest album Find A Light, Blackberry Smoke prove they’re singlehandedly saving rock and roll and everything that stands for—Southern, countrified, and everything in between. Blackberry Smoke transcends genre—in the good way where you’re so badass, everyone wants to claim you as their own, and no single scene can contain you.

These Atlanta boys are on one hell of a run at the moment, delivering new, original records in three out of the last four years, with both of their last two albums going #1 on the country charts, including 2015’s Holding All The Roses becoming the first independently-released record to do so in modern history. They’re like Sturgill Simpson of country rock, and we’re not making damn near enough noise about them. Blackberry Smoke even produced this latest effort themselves, and beyond other things, Find A Light is an unbridled romp into the unrelenting power of the fat and fuzzy Southern harmony riff set into grooves so righteous, they remind you of the Golden years of Southern-infused classic rock greatness the likes of which we haven’t heard in decades. 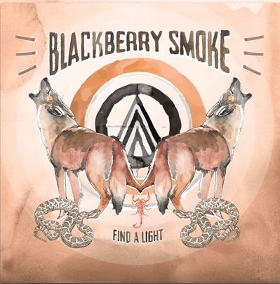 Where the arc Blackberry Smoke carved with their previous two records was a slow, but purposeful maturing to a more songwriter-based country sound punctuated with the occasional Southern rock romp, Find a Light is vice versa. Prepare to accidentally piss off your neighbors when you lose all self control piping up “Flesh and Bone,” “The Crooked Kind,” “Nobody Gives A Damn,” and especially the epic, Gospel-soaked anthem “I’ll Keep Ramblin'” featuring pedal steel maestro Robert Randolph.

Sure there are plenty of Southern rock and country “bands” out there thinking if they put a Confederate flag head on their bass drum and name drop Gregg Allman, that’s all it takes. Hell Blackberry Smoke had Gregg Allman on their last record, and though no disrespect is meant towards their previous two albums, Find A Light might be the one to pick out of the stack if you’re looking for a place to start.

Blackberry Smoke doesn’t give a shit anymore about trying to fit into anyone’s preconceived notions of what they should be. Find A Light is the band unsheathing the guitars and going for it. In this calculating music world where so many bands are obsessed with their public perceptions, it’s refreshing, needed, well past due, and welcomed to have a band indulge their barbaric rock and roll masculinity and let the cards fall where they may.

But Find A Light is blessed with variety as well, finding quiet moments with Amanda Shires on the heartbreaking “Let Me Down Easy,” and with The Woods Brothers via the delicate harmonies on “Mother Mountain” that may remind some of Crosby, Stills, Nash, and Young. These guys prick such an array of emotions and eras in their efforts with Find A Light, and revive sounds that are going so incredibly underserved except for backlist titles from classic rock greats. Yet their efforts to record roaring anthems and tear-soaked ballads are in the right here, the right now, in the modern context, hoping to become the classics for future generations, and replenish what ClearChannel ran into the ground for decades on classic rock stations.

This record isn’t a masterpiece. There’s a few swings and misses maybe, like the strange bridge of “Medicate My Mind” that meanders too much. But hey, they never claimed to be Rembrandt. Blackberry Smoke is saying, “We’re here. It’s our time to step up and save the Southern music, be damned what anyone else thinks is cool or relevant.” And that’s exactly what they accomplish on Find a Light.

Purchase Find A Light from Amazon