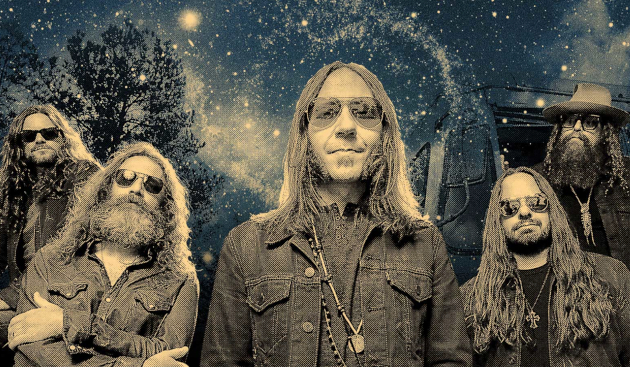 The big opportunities keep coming for the preeminent Southern rock band of our time, Blackberry Smoke. They recently played some big gigs opening for Lynyrd Skynyrd, and now have been tapped by Guns n’ Roses on their upcoming fall tour to open a show in Lincoln, Nebraska on October 15th at the Pinnacle Bank Arena. Selling their own shows out left and right, it will be Blackberry’s opportunity to prove they deserve to be on the biggest of stages.

Guns n’ Roses went deep into the Southern vibe for the openers on this new tour leg, also naming Tyler Bryant and the Shakedown from Nashville, Bishop Gunn from Mississippi, Shooter Jennings, as well as Dirty Honey out of Los Angeles as openers.

Also on the Blackberry Smoke front, fans that can’t make it to Nebraska will get the opportunity to experience Blackberry Smoke live thought the release of a new live album and DVD set. Called Blackberry Smoke Homecoming: Live in Atlanta, the 18 songs come in 2 CDs, or 3 LPs, with a special-edition colored vinyl release as well. The tracks are taken from the Brothers And Sisters Holiday Homecoming show at the Tabernacle in Atlanta on November 23rd, 2018, the day after Thanksgiving. The Atlanta natives have made a tradition of playing a homecoming show, with many hardcore Blackberry Smoke fans traveling to be a part of the event.

The DVD edition comes with 20 songs, and over 2 hours of concert footage captured by six cameras in Ultra 4k and mixed in 5.1 surround sound. It will also be available via streaming and Blu-ray.

“We are really excited to have everyone experience an Atlanta Homecoming show at the Tabernacle. With this live album and film, we tried to capture that special energy,” says frontman Charlie Starr. “We feel that ‘Homecoming’ lets you hear and see how much fun we have at those shows.”