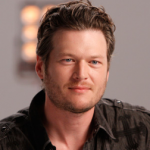 The reigning Country Music Association Entertainer of the Year and reality TV personality Blake Shelton made some disparaging remarks about traditional country fans in a recent interview with GAC as part of their Backstory series. The “Hillbilly Bone” singer and judge on NBC’s The Voice made the remarks as part of an update to the original GAC Backstory episode to include more information on Blake Shelton’s continued success. In connection with Blake’s first CMA for “Male Vocalist of the Year” award in 2010, Blake Shelton said,

If I am “Male Vocalist of the Year” that must mean that I’m one of those people now that gets to decide if it moves forward and if it moves on. Country music has to evolve in order to survive. Nobody wants to listen to their grandpa’s music. And I don’t care how many of these old farts around Nashville going, “My God, that ain’t country!” Well that’s because you don’t buy records anymore, jackass. The kids do, and they don’t want to buy the music you were buying.

The new version of Blake Shelton’s GAC Backstory aired first in mid December 2012, and will be airing numerous times in February.

Blake Shelton’s comments are not only hurtful to classic and traditional country fans, they are incorrect. According to a study of country radio conducted by Edison Research and released during last year’s Country Radio Seminar in Nashville, listeners actually want more classic country on radio, and the lack of it has been given credit for the contraction being experienced in the radio format. Edison Research President Larry Rosin last February said,

I believe that we as an industry have really made a mistake in our conception of our own stations. While many people don’t want to listen to classic country music, some still do, and we’ve let them float away”¦We run the risk that we just are more and more pleasing to fewer and fewer people until all we are is ecstatically pleasing a tiny, unsustainable number of people.”

Blake Shelton also specifically mention “records,” but statistics shows that older music listeners are the ones that still by music in physical formats, while younger listeners (aka “kids”) tend to download music illegally, stream it at very low margins for artists and their labels, or purchase individual songs.

Furthermore Blake Shelton brought up the common misconception that classic and traditional country fans do not want country music to evolve. Though this may be true for some traditional fans, as Saving Country Music pointed out in a piece titled Progress Vs. Traditionalism in Country Music, the progression of country music while still keeping it tied to its roots is the foundation of Americana which has benefited from tremendous growth over the last few years.

Blake Shelton has landed in hot water before for making inflammatory comments, especially on his infamous Twitter account. In May of 2011 Blake got in trouble for seemingly advocating violence against gays by re-writing the words to a Shania Twain song. The singer later apologized.

It’s a shame that I have spend 63 years in this business trying to introduce music to a larger audience and to make it easier for the younger artists who are coming behind me. Every now and then some young artist will record a rock and roll type song , have a hit first time out with kids only. This is why you see stars come with a few hits only and then just fade away believing they are God’s answer to the world. This guy sounds like in his own mind that his head is so large no hat ever made will fit him. Stupidity Reigns Supreme!!!!!!! Ray Price (CHIEF “OLD FART” & JACKASS”) ” P.S. YOU SHOULD BE SO LUCKY AS US OLD-TIMERS. CHECK BACK IN 63 YEARS (THE YEAR 2075) AND LET US KNOW HOW YOUR NAME AND YOUR MUSIC WILL BE REMEMBERED. Ray Price

1-24-13 (11:55 AM CST): After receiving numerous comments and posts of this story and others, Blake Shelton took down one of his Facebook fan pages. SCM is also attempting to confirm reports that numerous radio stations are pulling Blake Shelton songs from their rotation. SCM also asks that people be respectful to Blake in their comments.

Whoa!!! I heard I offended one of my all time favorite artists Ray Price by my statement “Nobody wants to listen to their grandpas music”..And probably some other things from that same interview on GAC Backstory.. I hate that I upset him.. The truth is my statement was and STILL Is about how we as the new generation of country artists have to keep re-inventing country music to keep it popular. Just EXACTLY… The way Mr. Price did along hid journey as a main stream country artist.. Pushing the boundaries with his records. “For The Goodtimes” Perfect example with the introduction of a bigger orchestrated sound in country music.. It was new and awesome!!! I absolutely have no doubt I could have worded it better(as always ha!) and I apologize to Mr. Price and any other heroes of mine that it may offended.. I meant every word I said. Country music is my life and it’s future AND past is important to me. I’ll put my Lo(v)e and respect and knowledge About it up against anybody out there… ANYBODY…

1-24-13 (5:56 PM CST): Ray Stevens has also joined the fray saying, “I just heard Blake Shelton’s remarks about ‘old farts and jackasses’ and all I want to know is how he found out the title to my next single because it’s been a closely guarded secret here at the ‘Home.’ It will be available on vinyl or 8-Track at your nearest Tower Records store.” Brandon Fulson beat Ray to it though, recording a song “Old Farts and Jackasses.”

Dale Watson has also chimed in: “Ray price is the best voice in country music period !!!! And some supremely Mediocrre voice like this fuck Blake Shelton should whince!” He is the Lance Armstrong of country music !! HYPE, Mr. Miranda Lambert!”

A few of Blake Shelton’s music peers have risen up to defend him. Martina McBride posted on Twitter, “Just catching up on this. We all know where your heart is Blake. Love you.” Chris Young posted on Twitter, “Love what you meant by your quote buddy. Know how much you love country music history. Love your music brother and who you are.”

I think his point recently was that to be viable, country music has to keep reinventing itself. It’s clear from his statements that he’s terribly sorry that he’s offended his heroes like Ray Price. I think what’s controversial is not what he said but the way he said it. That was just Blake being Blake, going for the outrageous and trying to get a rise out of people.

1-26-13 (4:24 PM CST): Jean Shepard is the latest to chime in, saying, ““We’ve got a young man in country music who has made some pretty dumb statements lately. What did he say? That traditional country music is for old farts and jack-you-know-whats? Well, I guess that makes me an old fart. I love country music. I won’t tell you what his name is”¦.but his initials is BS”¦.and he’s full of it!”

Ray Price’s Facebook page was apparently blocked because of his Blake Shelton comments. “HELLO FOLKS, SINCE I MADE THE COMMENT ABOUT BLAKE SHELTON, FACEBOOK HAS BLOCKED ME FOR 30 DAYS FROM ACCEPTING FRIENDS REQUESTS.

1-29-13 (10:41 AM): In response to Blake Shelton’s comments, Willie Nelson has renamed his current tour the “Old Farts & Jackass” tour. Also, on the 26th, Ray Price accepted Blake Shelton;s apology, saying in part, “I HAVE ACCEPTED BLAKE SHELTON’S APOLOGY TO ME PERSONALLY. I think Blake is a fine young man with a big future in Country Music. I AGREE that he should be given a chance to restore his credibility with the MILLIONS OF FANS who were deeply offended by those HURTFUL WORDS AND RENAMING US ALL AS…..well, you know what he said. I would regret it if the words I have spoken would in any way harm Blake personally or his career and his chances for the future.”

2-1-13 (12:20 CST): Country Weekly reports that Blake Shelton met with Ray Price prior to Ray’s performance at the Choctaw Casino Resort in Durant, Oklahoma on Thursday (1-31). Price also invited Blake Shelton up on stage where he warmly introduced him to the audience. Durant is about an hour from where Blake Shelton lives with Miranda Lambert, who also attended the Ray Price performance. See Photo of Blake, Ray, and Miranda. and Photo on Ray’s Bus

2-6-13 (8:20 CST): Joe Don Rooney of Rascal Flatts has weighed in on Blake Shelton’s comments, saying in part, “Country music does have to evolve and it has evolved to where it is, and it’s going to keep evolving into whatever it’s going to be. I think that’s kind of his point, from my side, being serious, he’s kind of right. But, he didn’t have to be so edgy about it.”

Blake Shelton’s comments can be seen at the very end of this video. UPDATE: THE VIDEO OF BLAKE SHELTON MAKING THE COMMENTS HAS BEEN REMOVED DUE TO COPYRIGHT CLAIM.

Thanks to Greg Morris for the tip on this story.