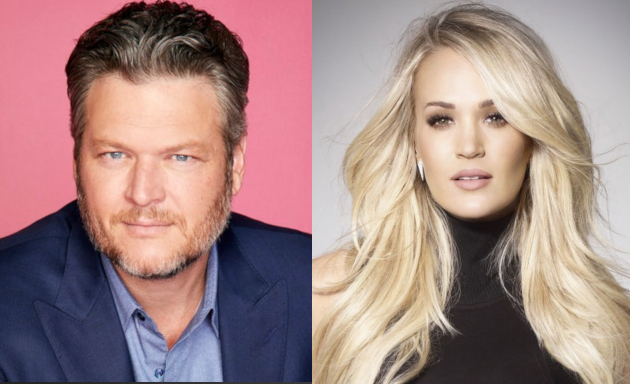 As tax season approaches and we get the opportunity to tie a bow around the doings of 2019, it’s always interesting to look back on the year at the Grand Ole Opry to see which performing members are paying their proper dues to country music’s most historic institution, and which one’s aren’t.

Once again in 2019—as we have seen many times over the years—leading the list of deadbeat members from the mainstream of country is Blake Shelton, who couldn’t pull himself away to make even one appearance at the Grand Ole Opry in 2019. Historically speaking, active members in the modern era have been asked to make roughly 10 performances a year to keep up with their Opry obligations, though more recently the number is thought to be closer to 5, with appearances on important dates or over weekends being weighted heavier. But either way, Blake Shelton came in way short in 2019.

In past eras, Grand Ole Opry members were expected to make many more appearances to remain active members—upwards of 30 or 40, and were removed if they couldn’t fulfill those obligations.

“They send out a letter that says you know, ‘We are kind of demanding that you must be here so many times a year to continue your membership.’ Because it’s just not fair,” Lorrie Morgan explained. “People want to say, ‘Hey I’m a member of the Opry,’ and not want to come back. The Opry takes dedication and it takes love. It takes love.”

So who from the mainstream did show love to the Opry in 2019? Of the biggest names in the mainstream, once again nobody showed more love than Carrie Underwood, who appeared on the Opry stage 11 times, proving that even when you’re managing a big mainstream career, touring, releasing music, and raising a family, you can still find time for the Opry. Underwood also made 10 appearances in 2018, and remains the biggest mainstream name to regularly uphold her Opry obligations year after year.

Also of note from mainstream performers who actually did pay their proper dues are recently-minted members Chris Janson, who appeared 20 times on the stage, and Dustin Lynch who appeared 11 times. Kelsea Ballerini, who was a controversial pick for a new member earlier in 2019, did make 8 appearances, and Luke Combs, who was asked in June of 2019 to join, made three appearances.

These numbers are tabulated by country music historian Bryron Fay of the Fayfare’s Opry Blog who keeps up with all the performances over the entire year, and gives us insight into who is showing their proper respect to the Opry as a member, and who is not.

Most of the other members who did not make appearances are names from the past that did keep up with their Opry obligations earlier in their career, paying their dues for decades, and many are suffering from ailments or are mostly retired. Performers like Tom T Hall, Stonewall Jackson, Hal Ketchum, Loretta Lynn, and Barbara Mandrell did not appear in 2019. Alan Jackson was dealing with health ailments periodically in 2019, and was also a no show. Patty Loveless, Reba McEntire, and Ronnie Milsap are also active members who did not appear in 2019.

The Grand Ole Opry feels like it is moving into a new era in 2020 with its re-emergence on television, and a newly appointed executive producer in Dan Rogers who rather quickly fixed the wrong of not inducting Gene Watson and Rhonda Vincent as proper members. But if induction into the institution is going to continue to mean something, it must continue to mean enough to its members to show up. Otherwise, perhaps their membership should be given to someone else who will.