Blake Shelton Says He May Never Release Another Record 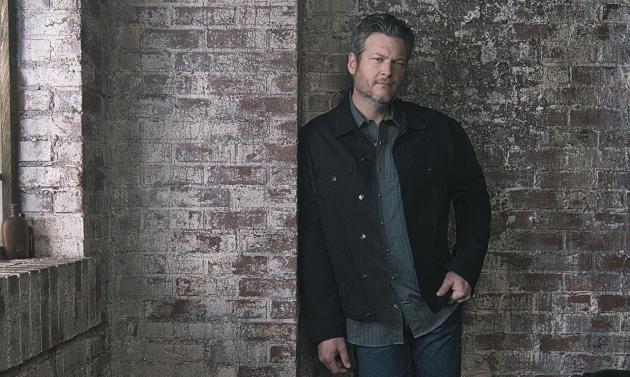 Blake Shelton just wrapped up his 16th season as the primary judge on NBC’s reality singing competition The Voice, and though his participation in the show has probably made him a very rich man, it has also put his country music career partly on the back burner over the last few years. Where his peers in popular country primarily make touring and releasing new music a priority, Shelton is happy to fit smaller tours and single releases in between his television commitments.

But that hasn’t stopped Blake Shelton’s latest single “God’s Country” from becoming an absolute smash. By tapping into the contemporary Christian market of listeners, “God Country” has exploded, and is currently sitting at #1 on the Billboard Hot Country Songs chart where it may stay for a while. It’s also surging on radio and is already up to #10. But if you expect this renewed attention in Blake Shelton’s country music pursuits and the impending recess of The Voice for the summer to mean Blake Shelton is rushing into the studio to record a new album, you’re sorely mistaken.

“I don’t want to put out an album. I really don’t,” Shelton said to ET ahead of The Voice finale last week. “I’m sure that at some point my record company people are going to pressure me into it, but as of now, I’m not putting out an album this year. I know that.”

According to Shelton, he didn’t even want to record “God’s Country” or go into the studio at all, “but my producer [Scott Hendricks] called me one say and said, ‘I’ve got a few songs you need to listen to,’ and ‘God’s Country’ was the first one that he played. And, man, it stopped me in my tracks.”

For some country purists still perturbed by Blake Shelton’s “Old Farts and Jackasses” comments a few years back, or for those fans of Miranda Lambert who still hold a beef with her ex hubby, hearing Blake Shelton say he’s not really interested in recording new music might be music to their ears. But Blake’s trepidation with releasing another record seems to be at least partly due to him wondering if records these days are even worth the effort.

“I’ll be just as happy to release just another single,” Shelton says. “I do [have more songs] and I’ve got other stuff that I’m pumped about, but when I think about an album right now I’m like, ‘Do people care about them anymore?’ I don’t know. But I’m having a blast just releasing singles. Maybe I’ll do that from now on.”

Though Blake Shelton is the favorite whipping boy for some in country, he also has been one of the many artists symbolizing a shift towards a more country and classic style that country music has witnessed over the last few years. His last record, 2017’s Texoma Shore, was definitely a return for Shelton to the more traditional style country of his early career. It also didn’t sell particularly well, which might be one of the reasons he’s wondering if it’s even worth the hassle to release albums. “God’s Country,” though a little overwrought, is also a lot more grounded and rootsy than many of the songs that have crowned the Billboard Hot Country Songs chart lately.

It’s unlikely Blake Shelton won’t release another record. Like he says, eventually his label will likely require it. But it will be interesting to gauge his level of enthusiasm moving forward, and what this might mean for country music at large, especially as “God’s Country” threatens to become one of the biggest songs of the year.