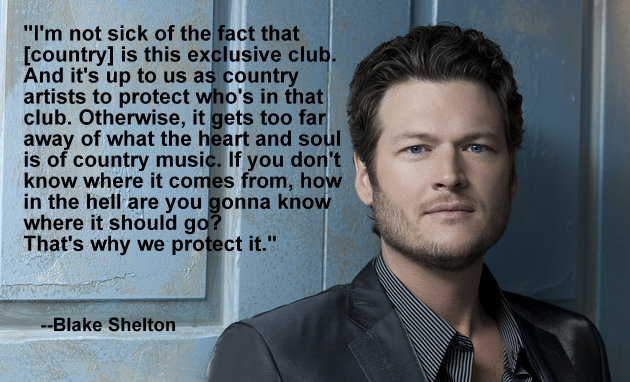 It’s fool’s errand to think anything that happens on reality TV singing shows such as American Idol or The Voice amounts to a hill of beans in the grand scheme of music. It’s even questionable what impact it has on the careers of the contestants who ultimately win or do well on the competitions. The days of such shows launching Kelly Clarkson and Carrie Underwood are over, just as American Idol soon will be entirely, and we’ve seen too many contestants slide right back into obscurity after their success on The Voice to take it too seriously. Though it is a good way for an artist to get some national exposure in the short-term, the stigma of being a reality show star still looms in the air for both fans and the industry.

Last week The Voice debuted its latest season, and there were a couple of artists with ties to more traditional-sounding country who were featured and picked to move on further in the competition. One was Mary Sarah—a young singer featured on Saving Country Music numerous times previously who is still searching for her big break. And the other is a young man from Nashville named Adam Wakefield who performed the Chris Stapleton version of “Tennessee Whiskey” on the show.

Again, let’s not lose our minds over the idea that either of these contestants will rise up and be the country music “savior” through the medium of this singing competition, but it is good to see true country music talent be featured on national television.

What most intrigued me about Adam Wakefield’s audition was not Adam himself. I want to see him do something more than just impersonate Chris Stapleton, and then we’ll talk. It was actually Blake Shelton’s argument with co-judge Adam Levine about the nature of country music that was the most interesting part of the audition.

Many are wondering why American Idol is failing so miserably, while The Voice continues to dominate, despite doubling up on seasons. One of the reason is American Idol no longer offers any drama between judges, or between judges and contestants. When Simon Cowell left, so did the personality of the show. People continue to watch The Voice not just for the singing, but to see the judges banter back and forth, and battle each other for the best talent.

Blake Shelton has some pretty notorious quotes that have followed him like a dark cloud for many years. When he ostensibly called classic country music fans “old farts and jackasses” in early 2013 and Saving Country Music published the quotes, it set off an entire insurgency in country music that makes TomatoGate and other high-profile controversial statements like former Sony CEO Gary Gary Overton’s “If you’re not on radio, you don’t exist” look like child’s play.

“Nobody wants to listen to their grandpa’s music,” Blake Shelton said in January 2013. “And I don’t care how many of these old farts around Nashville going, ‘My God, that ain’t country!’ Well that’s because you don’t buy records anymore, jackass. The kids do, and they don’t want to buy the music you were buying.” 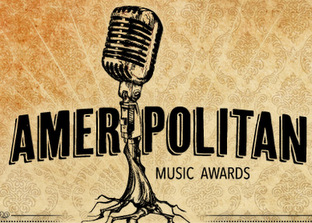 Blake Shelton’s quotes inspired the launch of entirely new organizations sworn to protect the traditions of country music, including Dale Watson’s “Ameripolitan” movement that started in the aftermath.

But how the times have changed since 2013. In 2013, Blake Shelton represented the epitome of country going pop. Just listen to a song like “Boys ‘Round Here” released two months after his now notorious quotes. And then we had the big rise of Luke Bryan, the emergence of Florida Georgia Line and Bro-Country, then Sam Hunt, and now Kane Brown. Blake Shelton’s recent singles aren’t particularly good, or particularly country either, but all of a sudden there’s much worse around to draw the ire of traditional country fans.

But back to the argument Blake Shelton had with Adam Levine on The Voice as America watched on, and they both battled to be picked as the judge for Adam Wakefield, Blake Shelton said some things about country that needed to be heard, and were quite surprising coming from Blake. Usually the banter between judges is quite lighthearted on the show. But in this case, it got fairly heated.

“Country’s not always about exactly what you sound like, but it’s about what you want to represent with your music,” he told the contestant. “It’s guys like you that get me so excited about the future of Nashville. Dude, you’re country.”

Then Adam Levine breaks in, “No, no! What does country and its many counterparts get to have its own club. Music reaches millions and millions of people all over the world. It’s not supposed to be in a box.”

Judge Christina Aguilera weighed in with, “I think that’s a great speech Adam.”

And then Blake Shelton responded.

“I’m not sick of the fact that [country] is this exclusive club. And it’s up to us as country artists to protect who’s in that club. Otherwise, it gets too far away of what the heart and soul is of country music. If you don’t know where it comes from, how in the hell are you gonna know where it should go? That’s why we protect it.”

Let the record show that Blake Shelton has made similar comments when more traditional contestants on The Voice like Jake Worthington or Craig Wayne Boyd have performed, but never in such direct language.

Put aside whatever feelings you might have about Blake Shelton; this quote is no different than all the other quotes in the history of country music from artists preaching about why it’s important to protect the roots of the genre. Though Blake doesn’t name any names, it is an indirect indictment of artists like Sam Hunt and Kane Brown. And these artists deserve to take offense.

Whether it’s because Blake Shelton is reaching the age where he’s starting to see the shelf life of his own mainstream career begin to expire, whether it’s because of artists like Kane Brown and Sam Hunt disrupting the natural progression of country music, or whether it’s the long-held theory that if you actually talk to these artists, they would tell you themselves that they don’t like to cut singles like “Boys ‘Round Here,” and only do it because that’s what they have to do to keep their careers moving forward, Blake Shelton said what every traditional country artist and many fans have on their minds. This is Dale Watson’s “You can’t grow if you rip your roots out of the ground” just with different wording, except Blake Shelton said it to one of the biggest audiences on television.

Conspiracy theorists will say this is just Blake Shelton angling to take advantage of the renewed interest in older country music, just like Chris Stapleton is. But there’s no commercial benefit to Blake Shelton saying these things. Blake has actually showed numerous instances since his 2013 “old farts and jackasses” quotes to possibly have learned something, and became more pragmatic in his ideas on country.

None of this changes the legacy of Blake Shelton’s country music career. In the end, the music will speak for him, and his words will be a footnote. But if we are going to give Blake Shelton credit for his “old farts and jackasses” quote and never let him live it down, then we also have to give him credit for this one. Country music is different from any other genre. It is important to keep it exclusive, and to know where it has been. Everything Blake Shelton said was true. It was about time a major country music star said it. And hopefully, many were listening.