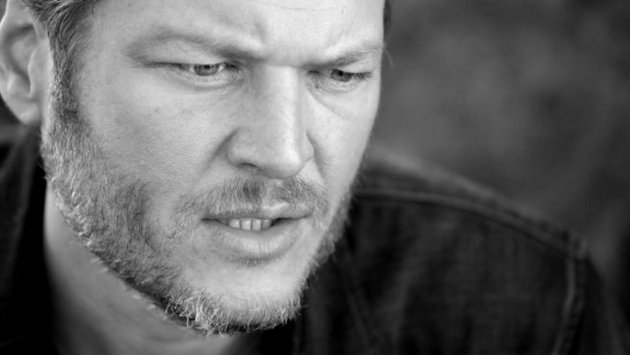 This story has been updated. Blake Shelton has admitted to the tweets, and apologized (see below).

Blake Shelton is in hot water for a number of racist, sexist, and homophobic tweets posted in 2011 that have recently surfaced—or so a slew of U.K. tabloids and and American crotch-sniffing celebrity websites would have you believe without any verification of the legitimacy of these supposed tweets, or any explanation how it took them half a decade to surface, and why now.

That doesn’t mean these tweets aren’t legitimate, and historically Blake Shelton is certainly known for mixing it up on Twitter (and is no friend of Saving Country Music). But at the moment, the public is being asked to take a leap of faith in believing these tweets are true, while also having to resolve how if they are so offensive now, why folks didn’t make a big deal of them in 2011? Also compounding the confusing nature of this story is the fact that a significant amount of misinformation and unnamed sources are being cited by dubious, tabloid periodicals.

Since nobody can verify these supposed tweets, many outlets are running headlines such as, “Fans react to Blake Shelton’s racist tweets,” and similar titles that keep them off the hook just in case the tweets turn out to be false by only focusing on the reaction of fans as opposed to the legitimacy of the tweets or the story behind them.

So let’s see if we can unravel what is going on….

Below you can find a collection of the tweets supposedly attributed to Blake Shelton in 2011 and before. For a frame of reference, 2011 was the year Blake Shelton became a coach for The Voice, and his name recognition significantly shot up beyond the country music world. The first episode of The Voice premiered on April 26th, 2011. 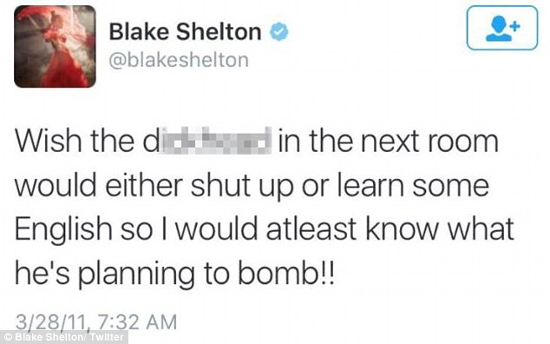 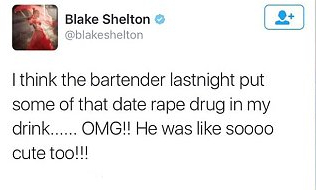 The DailyMail is reporting,

Instead of apologizing, Shelton tweeted: ‘Ha! Reading all my anti-gay hate tweets… Ha! Ha! If people only knew even a little about me, my family and friends. Dumb asses.’

But an hour later, Shelton had a change of heart — or producers got on him — because he took to his Twitter account again to say he was sorry.

However, the initial tweet supposedly calling folks “dumb asses,” nor the tweet of Blake saying he is sorry is currently showing in his Twitter feed.
At this point, there is no official public response from Blake Shelton about the tweets.

On May 5th, 2011, a similar controversy was stirred after numerous tweets from Blake Shelton were characterized as homophobic. Huffington Post and others ran stories after the tweet, “Re-writing my fav Shania Twain song.. Any man that tries Touching my behind He’s gonna be a beaten, bleedin’, heaving kind of guy…”

Hey y’all allow me to seriously apologize for the misunderstanding with the whole re-write on the Shania song last night…It honestly wasn’t even meant that way… I now know that their are people out there waiting to jump at everything I say on here or anywhere. But when it comes to gay/lesbian rights or just feelings… I love everybody. So go look for a real villain and leave me out of it!!!

If you were looking for some evidence that Blake Shelton might be guilty of these tweets, this would be it. At some point in the last 24 hours, around 10,000 tweets were deleted from Shelton’s account. This can be corroborated by the amount of tweets currently showing in Shelton’s feed at the time of this posting (9,901), and the amount showing in a screenshot from earlier this year (18.5 K) when Blake and current girlfriend Gwen Stefani swapped avatars to images of when they were younger.

Hollywood Life is reporting that:

“Gwen is absolutely mortified about Blake’s Tweets,” an insider tells Hollywoodlife.com EXCLUSIVELY. “She’s a California, die-hard liberal with a huge fan gay fan base. Her first love was Indian, and her brand is built on female empowerment.” So it makes sense that Gwen would be a little bummed out about these hateful tweets. “She has so many feminist-themed hits, and now she’s finding out the man she wants to marry might secretly be this big hate monger who just happened to be on his best behavior since she came into his life!”

However on Sunday (8-14), there has been a huge blast from the Blake Shelton camp touting his appearance with Gwen Stefani on stage in Dallas Saturday night (8-13) during a concert. So if they are headed towards Splitsville or Gwen was looking to distance from Blake, it sure wasn’t on display Saturday.

Much Ado About Nothing

Whether the Blake Shelton tweets are real or fake, there is some serious questions if this is a story at all, or if this is just another bout of click bait by the substance-starved celebrity media trolling the politically-charged populous among a Presidential election, preying on readers’ uninterested approach to delving into the substance of any matter beyond a catchy headline.

“So Trigger, why is Saving Country Music reporting it?!? This is click-bait too!”

From a general hatred for all media bullshit and misinformation.

In no way defending Blake Shelton’s remarks, if they’re true, but it certainly has to be taken into context that they were allegedly made five years ago and older—one going back to 2009—when the nature of the politically-correct environment was a different animal. Some of the things Blake Shelton said you would regularly hear in a monologue from Jay Leno. Clearly Blake was just trying to entertain his followers, if the tweets are true, instead of trying to take some hard line political stance. It also would give Blake Shelton half a decade to reform his code of conduct. So should his supposed Twitter indiscretions from five to seven years ago still be held against him now? And just because someone fires off a tweet trying to be entertaining doesn’t mean they hold strongly-rooted convictions of racist, sexist, or homophobic notions.

As a celebrity in the public spotlight, Blake Shelton shouldn’t have said what he did (if he did), but similar to the recent story that Florida Georgia Line hates the police, there is very little substance with this story. Perhaps Blake Shelton fired off some inappropriate tweets. Deleting so many would seem to indicate there is some concern about what lies in his Twitter past. But with so many real, actual cases of racism, sexism, homophobia, and violence gripping the world at the moment, what Blake Shelton may or may not have said five years ago feels extremely superfluous.

Everyone knows comedy has been a major part of my career and it’s always been out there for anyone to see. That said anyone that knows me also knows that I have no tolerance for hate of any kind or form. Can my humor at times be inappropriate and immature? Yes. Hateful? Never. That said I deeply apologize to anybody who may have been offended.

Also, Page Six is reporting that NBC and The Voice strong armed certain outlets to NOT report on the controversy.