Bob Wayne’s “Till The Wheels Fall Off” & Duet w/ Hank3 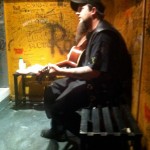 Country music madman, the Outlaw Carnie Bob Wayne has just announced he has a new album coming out May 22nd, 2012 (April 9th in Europa) from Century Media called Till The Wheels Fall Off, and that the album will feature a duet with none other than Hank Williams III called “All My Friends” that will be released MONDAY (3-26-12). ***UPDATE – Song has been released and can be PURCHASED HERE.

“When I recorded my first album Blood to Dust, I had about 30 songs written to choose from.” Bob explains. “The next two albums I recorded were a lot of older songs that I had in the bank. Then with the Century Media release of Outlaw Carnie we made kind of a “best of” album. I can tell you this, this album is EXACTLY where I’m at right now in life!”

Bob Wayne began his country career after years in metal bands when touring with Hank3 as a guitar tech. Wayne and his song “Working Man” appeared on Hank3’s 2008 album Damn Right, Rebel Proud as a duet. His new album, just like all of his albums, was recorded by Hank3’s steel guitar player Andy Gibson, and Hank3 had a little input as well.

“I had just gotten home from 312 shows in 17 different countries with no break. The day I got home Andy and I started breaking everything out and getting it going. My ears were completely burned out from touring so hard and I had gone over to his (Hank3’s) house to play him some tracks and he gave it a listen. It was pretty funny because I thought we were almost done mixing, and he looked over at me and goes, ‘Wheres the acoustic guitar?’ Then I started really listening and he was right!”

Though Andy Gibson has always recorded Bob Wayne’s albums, Bob explains that the process has evolved dramatically over time. 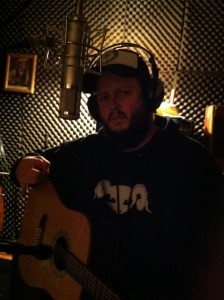 “Back then we were recording on an 8 track machine. The next two records were also done in this fashion. As Andy helped with several more Hank 3 albums and a Goddamn Gallows album and several .357 String Band records, his studio became more and more advanced, better mics, more recording knowledge, better gear all around, etc. Also through the years I was touring constantly on these songs and I became more confident in my singing. I think that’s pretty obvious in the performance differences from my early recordings to now.”

“The funny thing is when I hear people talk about really liking the old cd’s and now that Century Media signed us were all overproduced or whatever, that’s really funny to me because they have nothing to do with the recording except give us money (laughing), it is still just me and Andy in here grinding it out. The biggest difference in the way we recorded back then and the way we record now is we track the drums and bass and acoustic guitar and vocals live. Before we didn’t have enough equipment to do that so we had to record everything one at a time. I really like recording the foundation of the record live as it is more true to what we actually sound like.”

Along with Hank3 and Andy Gibson, Wayne also had help on the album from Donnie Herron (BR549, Bob Dylan) on the title track that was written at the 2011 Muddy Roots Festival.

“It was at Muddy Roots hanging outside my camper one night. Brook from The Calamity Cubes happened to be walking by and Jean “La Diabla” from Holland was there as well. We ended up writing the song together right there in the campgrounds! A few fans even stopped by and listened! “Spread My Ashes On The Highway” is probably my favorite song on there. It actually kind of got me chocked up while writing it. The lyrics about all my friends quitting their jobs and hitting the road to travel and have fun kind of got to me. I actually wrote most of that driving by myself down some highway in Holland after playing the last show of a 312 day run.”