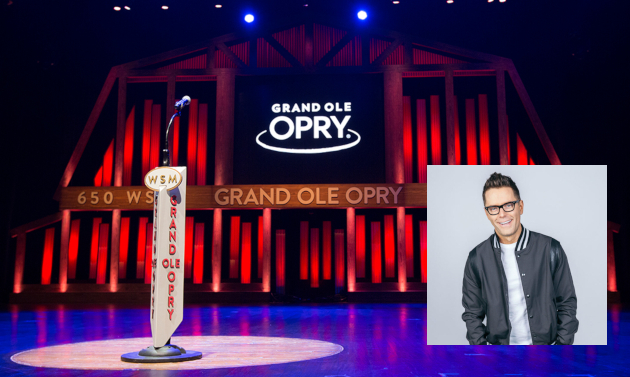 Fans of the Grand Ole Opry were super excited to learn in late October of last year that the venerable country music institution would finally be returning to television through the newly-launched Circle Network. Debuting on January 1st, 2020, the network features numerous original programs on over-the-air stations distributed by Gray Television, which continues to expand the markets it’s available in, including just adding Nashville.

The soft launch of the station has seen many infomercials and reruns of F-Troop to fill time for when the network is ready to release it’s full slate of shows this spring, but starting on February 26th, the Grand Ole Opry will finally return to television in 60-minute segments culled from the previous week’s Opry performances. These shows will be the flagship programming for the new network owned by the Opry Entertainment Group. “The Circle” is named for the circle of stage at the Opry House in Nashville that was originally taken from the first home of the Opry, The Ryman Auditorium.

But some, if not many fans of the Opry were disappointed to learn Tuesday morning (2-11) that the host of the new Grand Ole Opry television show will be the somewhat controversial and pop-leaning syndicated radio DJ Bobby Bones. Not only will Bobby Bones host the show, he’s also been named as the show’s Executive Producer. In other words, the long-awaited and highly-anticipated return of the Grand Ole Opry to television will be primarily the property of a guy who moved from pop to country, and has commonly mocked both traditional country fans, and at times, the artists themselves.

“He has a really great appreciation for the Opry’s traditions,” says Dan Rogers, VP/executive producer of the Grand Ole Opry. “But there’s no question that he is very much in tune with the country music of today and has certainly brought in new fans to the fold.”

First, Bobby Bones has no such appreciation for traditions, Opry or otherwise in country music. He’s arguably the biggest non-performer over the last seven years who’s aided in the erosion of these traditions from his massive syndicated perch he enjoys at The Bobby Bones Show. However, Bones is “very much in tune with the country music of today,” and that is the calculus the Opry and the Circle Network are using to hopefully draw a younger crowd to the show, and to the Circle Network in general.

But this is a shortsighted move by the Circle Network. The demographic for these new Grand Ole Opry episodes is going to be much older, and more established. Millennials don’t even watch television, let alone will be willing to stop down for a 60-minute show, and the ones that do will not be in the wheelhouse of Bobby Bones. Having current on-air Grand Ole Opry presenters such as Eddie Stubbs or Bill Cody host the segments makes significantly more sense, and they are just as savvy speaking about the young artists as they are the old ones, because they do it every week. Or, they could have someone like Marty Stuart, or even Elizabeth Cook who will have a fishing show on the new network host the new Opry show.

Naming Bobby Bones Executive Producer is really where the worry is. Older artists who are the beloved heart of the Opry may not receive their fair share of face time in the condensed segments.

All that said, Bobby Bones has improved over the years since he first arrived in Nashville, and was a part of all kinds of hijinks, including buying billboards bullying himself to create sympathy, and getting into feuds with Aaron Watson and Kacey Musgraves. Even Florida Georgia Line doesn’t like the guy.

Bobby Bones has settled in to the position as the most powerful personality in country media somewhat, and become a lot more tolerable to country music’s more traditional audience, or at least avoidable. Hopefully he will have respect for the Opry and its older artists as he promises, and he does deserve an initial shot, no matter how bad this move looks on paper.

But if Bobby Bones uses his position on the Circle Network’s new flagship show to push a pop country agenda, it will not only be a disappointment to many Opry fans, it will be bad for business. The Circle Network needs to understand who will care enough to tune in weekly for these Opry shows, and generally speaking, those people aren’t fans of Bobby Bones.