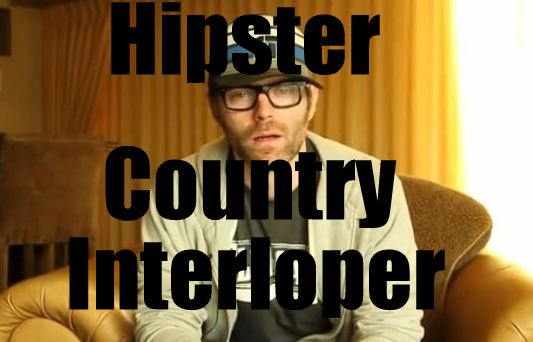 How in the world did we get to this place in country music where a pop DJ who hasn’t even been in the format but for a year feels like artists have an obligation to not only acknowledge his presence, but pander to his adolescent and self-centered insecurities, and furthermore, that said DJ would use those personal insecurities publicly as fodder for his bullshit syndicated wacky morning radio show?

This situation between Kacey Musgraves and Clear Channel DJ Bobby Bones has grown so grotesque, that it is an ideal vehicle to illustrate the vile ills of modern society, the depravity of the obsession with celebrity culture in the United States, and its interfacing with the internet age. 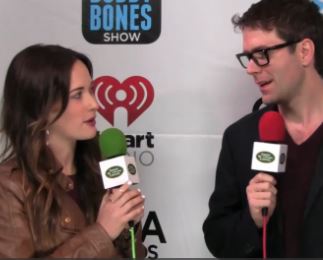 Long story short, it all started with Bobby Bones lampooning Kacey on his radio show after he felt she was rude to him in an interview. The situation then escalated when Bobby Bones would not stop harassing Musgraves on Twitter and through his show, insisting that she must acknowledge him and accept his mealy-mouthed and backhanded “apologies”. The feud grew even more publicly defacing for Kacey, and self-aggrandizing for Bobby Bones when he played the Cancer card in March to try and get Kacey to acknowledge him through the veil of charity outreach.

Then last Friday Bobby Bones dedicated his entire show to Kacey, hoping she would call in. Whether it’s true or not, Bobby Bones has been portraying that he’s banned from mentioning Kacey Musgraves on his show by the “suits”, and that each time he does, he’s fined $50. However Bobby’s mentions of Kacey, along with his general obsession with the singer, have only grown to a fevered pitch in the last few weeks, including on Monday’s show when he listed off 10 reasons that Musgraves did not call in on Friday for his “Kacey Musgraves Day”.

Bobby Bones is a bully and a radio troll, and he needs to leave Kacey Musgraves the fuck alone. And yes, I know that means A LOT coming from the proprietor of Saving Country Music. Bobby’s pathetic need for attention and acceptance is beyond caustic, it is clinically certifiable, and has now grown to such extremes that it should be dealt with in a swift manner by mental health professionals.

For some reason Bobby Bones is under the misguided impression that he is somehow in a parallel position with the artists that his radio show covers, instead of being in a subservient role as a member of the media.

Where is Clear Channel in all of this as the situation continues to escalate, and Bobby’s listener toadies parrot the Musgraves harassment non-stop? Where is Kacey Musgraves’ label? Where is Taylor Swift who made millions and won a Grammy with her anti-bullying song, or Hunter Hayes who’s out there preaching in his latest single how people shouldn’t be treated the same way Bobby is treating Kacey? And the fact that Bobby Bones is trying to act like he’s just reaching out and wanting to be nice is what turns the situation from being troublesome to downright sinister. Bobby Bones has a right to criticize anyone or say whatever he wants on his stupid ass radio show. But his approach has become one of Chinese water torture, terrorizing Kacey Musgraves with his incessant pleas, hoping to break her will so he can claim victory.

Kacey Musgraves on the other hand is doing exactly what she should be doing in the situation of a bully and a troll, which is ignore their pathetic asses. By acknowledging Bobby Bones, all she does is start the cycle all over again. Even I didn’t want to acknowledge and feed Bobby’s obsession, sitting on my hands for weeks as the situation escalated, until now it has become so unhealthy and dangerous, someone needed to stand up for Kacey.

The country music community should be rallying behind Musgraves. Instead they continue to feed Bobby’s self-centered egotistical fantasies by kissing his ass in return for positivity from his radio show. This is the consequence of putting such an unproven commodity like Bobby Bones in such a position of prominence. He’s like the boy king barking out orders with corrosive and undermining results, but nobody has the balls to truly stand up to him from fear of backlash because of his perceived “power” as the biggest DJ in country music. He’s like the obsessed boyfriend or girlfriend that can’t get over the fact that their former lover wants nothing to fucking do with them, and driven by some fear of rejection, refuses to face reality and relent.

The most important thing to realize is that what Bobby Bones and Clear Channel fear the most about this situation is that Kacey Musgraves is proving she doesn’t need them, but that they need her. They barely play Kacey Musgraves on the radio. But look, she’s out there winning Grammy Awards and the ACM for Album of the Year, and selling records just fine. Why? It’s not because she’s pandering to anyone, but standing on her own two feet as an artist, and letting her music speak for itself. This is what has won her respect, and if Bobby Bones truly had any respect for Kacey, like he constantly professes on his radio show, then he would respect her wishes, back down, and leave her the fuck alone.

So seriously Bobby, just fucking can it. Quit mentioning her, quit building radio segments around her. And then, and only then, may you have an opportunity in the future to repair the damage you’ve done with country music’s most critically-acclaimed current artist.