Bobby Bones Takes Next Step Towards a Media Empire 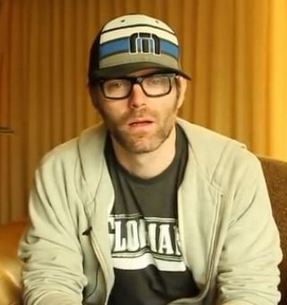 iHeartMedia’s pop country über DJ and morning zoo host Bobby Bones, who currently can be heard in nearly 90 markets across the country and is the biggest DJ to ever serve the country genre, revealed yesterday that he’s launched his own television production company. That’s right, Bobby Bones is coming to a boob tube near you, though in what capacity has yet to be determined.

The Tennessean‘s Nate Rau broke the news on Thursday that Right Side Blind Productions had been launched between Bobby Bones, iHeartMedia CEO Bob Pittman (formerly known as Clear Channel), and two West Coast media companies. Both Bobby Bones and Bob Pittman are apparently blind in their right eyes, hence the name. The new production company will look to develop both scripted and unscripted content of a currently undetermined variety for broadcast and cable outlets. As for Bobby’s role, he may have ones both in front of and behind the camera with the new company. No matter how the new venture eventually takes form, Bobby’s bid for a media empire has entered its second phase.

Television has always been a part of the Bobby Bones vision. When he first came to national prominence just over a year ago as the captain of Clear Channel’s flagship syndicated country show, television was already being thrown around as a possibility. Bones almost left radio entirely in late January of 2014 when he flew to Los Angeles to meet with producers on another unnamed television venture. “Obviously it was television,” Bobby said to his fans afterwards. “I’ve decided to stay on the radio, and stay with iHeartRadio and Clear Channel instead of take this other offer that was really good, but would have taken me off the air.”

With this new deal, whatever television ventures Bobby Bones launches will not interfere with his radio workload.

“I’ve done a lot of television over the years, and I wanted to be more of a mogul,” Bones told The Tennessean. “I want to produce shows, star in shows; I had ideas for shows. It was tough trying to develop one show at a time and to pitch it. I went to (iHeartMedia) and we were deciding what to do, and this was the result.”

Bones has participated in hosting duties for iHeartMedia events, was a presenter at the CMT Awards this summer, and has even been a guest host on Regis and Kelly in the past.

Bobby Bones has also been a magnet for controversy. The Arkansas native began with Clear Channel as a regionally-syndicated pop DJ based in Austin, TX before being moved to country and transferring to Nashville’s WSIX to host their nationally-syndicated morning show. Though The Bobby Bones Show has delivered high ratings in Nashville and beyond, the edgy nature of the morning show, high profile feuds with Kacey Musgraves and Chris Young, the general un-country-ness of the entire operation, and the fact that he’s replaced dozens of beloved local DJ’s all across the country with his nationally-branded content has drawn the ire of many. In February of 2014, “Go Away Bobby Bones” billboards sprung up around Nashville.

Though Bobby Bones has looked like iHeartMedia’s golden boy, some chinks in the armor have been exposed in the last few months. Cumulus Media’s rival NASH and NASH Icon radio stations have been beating Bobby Bones in ratings in his Nashville home market and other locations recently. Bones is also in hot water after broadcasting Emergency Alert System tones over the air in October and causing problems in multiple markets when the tones were rebroadcast. He’s expected to face heavy fines in the incident, which is currently still under review. Bones also caused a stir when he publicly complained about not being nominated in the radio category for the CMA Awards.

Most of all this new production company is about power for Bobby Bones. “One of my goals is to break talent and take some of the music I’m hearing that’s not making it simply because people aren’t picking it,” he says. “I want to be one of the people who picks what makes it.” Of course one of the problems is Bobby’s tastes and roots lay outside of country music, making him a catalyst in country music’s culture war.

Sometimes production companies such as the one formed between Bones and iHeartMedia are set up simply to placate talent that is clamoring for more exposure and opportunities while still keeping them under a company’s control. Nonetheless, it looks like Saving Country Music’s prediction of Bobby Bones becoming the Dick Clark of our generation just got a big boost.