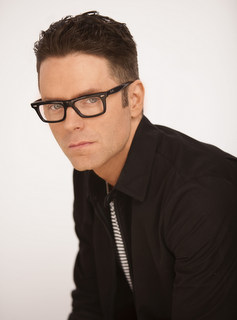 Over the last couple of weeks, Saving Country Music headquarters has received a fresh new onslaught of emails on the subject of pop country über DJ Bobby Bones—the morning show personality for iHeartMedia’s syndicated network and the single-most name at the forefront of homogenizing American mainstream country music radio.

Bobby and Saving Country Music have engaged in some back and forths over the past couple of years, but hanging on his every word and taking every opportunity to call him to the mat for something stupid he said on the air would not only be nauseating, it would play right into his hands of always needing attention. The Bobby Bones story was something worth worrying about when he was on the rise, to warn folks about what was happening and why, or when he was engaging in public battles with Kacey Musgraves and Aaron Watson. But now that Bobby’s presence in country music has metastasized, it’s mostly a dead issue, save for him saying something so incredibly stupid, a rebuttal is essential.

Right before the CMA Awards on November 4th, I heard from folks saying Bobby was taking Jason Isbell and Sturgill Simpson to task, while patting himself on the back for the success of Chris Stapleton. It happened on his Tuesday, November 3rd show. Part of the problem with figuring out how to take on Bones is to actually get your fingers on whichever quote has folks riled. You have to wade through 1 1/2 hours of Bones blathering on about the most incredibly mundane subjects to find it. The Bones show is background noise for everyday humps who have no clue they have much healthier options. And even if you do find the quote, half the time it’s not nearly as bad as advertised.

On Bobby’s pre-CMA’s, November 3rd show (at the 15:40 mark), he told the story of being accused of being a “poser” for posting a picture of himself with Chris Stapleton. “I’m like, ‘Wait a minute. I’m the only one who has been playing him on the radio before he was cool to play on the radio,'” Bobby said. And remember, this is before Chris Stapleton’s big wins at the CMA’s.

Then Bobby tried to pull his accusers offsides by saying, “I’m not a poseur for . . . who’s cool right now? like, Sturgis Simpson? Like, he’s cool, I’m not a poser for him, he’s fine. Um, Jeremy Isbell, you know? They’re all cool, but I’m not poser-ey for them.”

You could get angry for Bobby Bones saying the names of Sturgill Simpson and Jason Isbell incorrectly, but that’s exactly what he wants you to do. In reality, what it tells us is that the biggest radio DJ in all of country music is patently aware of Sturgill Simpson and Jason Isbell. This may be a fact important to remember in the future, especially when you consider these two names were brought up in the context of Chris Stapleton. If you’re wondering if Stapleton could open doors to radio or mainstream awards for folks like Simpson and Isbell, you may have just received your answer.

It’s true that Bones did have Stapleton on the air a few times to be interviewed and perform, while the rest of radio was virtually ignoring him. And that’s one of the things Bobby Bones does on a regular basis—interview and offer air time to smaller country stars that other shows ignore. They’re usually still mainstream, major label stars, but his show does offer access to a bigger audience than some of these stars would otherwise find. “I know every word to ever song on ‘Traveller,'” Bobby said on his Nov. 3rd show.

Of course most of the time Bobby’s powers can work for ill though, like the completely augmented rise of Chris Janson after Bones tasked his audience to go buy his “Buy Me A Boat” song until it shot up the iTunes charts to the point that Janson landed himself a major label deal.

Searching through more recent archives of the Bobby Bones Show, there’s possibly some instances where he’s patting himself on the back a little too hard for the success of Stapleton after the CMA’s. This is someting emailers and commenters to Saving Country Music were especially seething over. But that’s Bobby’s modus operandi. He did play Stapleton before many others, and as Stapleton detractors have pointed out, Chris has cozied up to folks like Bones, and that is one of the ways he’s been able to create so much success.

And then last Thursday (11-12), another faux Bobby Bones controversy erupted with a “country” artist called Cody Wolfe. Cody was raising a big stink about how Bones refused to play his song “Them Boys” on his show. Cody and his army was causing such a big stink, Bones blocked him on social network. Oh, the horror. Bones also called Wolfe a bad version of Brantley Gilbert, or something to that effect. Then Cody Wolfe tried to get anyone and everyone to hear him out about the gross injustice done to him by the Bones dissing, including smattering Saving Country Music with requests for assistance.

Well sorry Cody Wolfe and “Them Boys,” I actually side with Bobby Bones on this one. 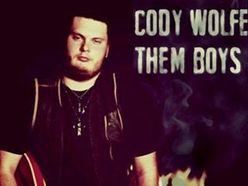 Nobody, NOBODY is entitled to attention for their music, their opinions, or anything else. It all must be earned. Though a much, much smaller outlet than the Bobby Bones Show, Saving Country Music has folks take exception because some artist or topic isn’t covered too, and frequently people decide to go to on the warpath over it. There’s an incredible amount of artists, albums, and songs to talk about at any time, and so little time to do it in. You can’t cover every artist or every subject. And frankly, after listening to Cody Wolfe’s “Them Boys,” I concur with Mr. Bones about the quality of the work.

But there’s a much bigger issue that’s going on here. The new front that is opening in the concern for the future of country music has to do with these young, viral/social network stars attempting to hopscotch everyone, and sometimes using very spurious online tactics to do so.

Then I went to Cody Wolfe’s Facebook page. The singer has 25,725 “likes” (which also doesn’t jive with the amount of Twitter followers he has), yet his posts have virtually nobody paying attention. Why? Because paid-for, non organic, or phantom “likes” drown out interaction with your content. They actually hurt in the long run, because Facebook’s algorithm only shows your content to 10% of your followers. So if 90% of your followers don’t even exist, the ones who do will rarely or never see your posts.

And this brings me back to Kane Brown—country music’s latest internet sensation, whose racked up millions upon millions of views and plays through Facebook. He’s recently started to get more traction in the mainstream country press, which dutifully is reporting his astounding numbers without questioning their validity, or wondering what potential manipulations are behind them. Bobby Bones has also been playing him, and talking about him on the show as well. Kane Brown’s success has created a new feeling of entitlement among new stars that all they need is a viral video, or a good showing on the iTunes chart, or a spin from Bobby Bones, and that should guarantee them national success.

The story of Kane Brown and Chris Janson’s overnight sensationalism may be the final nail in the coffin at getting new artists to understand it can sometimes take years to start a viable country music career. At least Chris Janson spent years as a songwriter, and has logged many live performances. There’s talk Kane Brown could be put on a stadium tour this upcoming spring/summer. Florida Georgia Line and Taylor Swift were forced to play small clubs before they every got a chance on a big stage.

Chris Stapleton was 37-year-old before he hit it big. Sturgill Simpson was 37 too. Jason Isbell is 36. Willie Nelson was in his 40’s when he broke out with Red Headed Stranger.

Bobby Bones is now the devil we know. Kane Brown, and other “viral” stars could be the devil we don’t know. And as much as the success story of Chris Stapleton opens up a new era of hope for country music, artists like Kane Brown could jeopardize it.

That’s why there’s a persistent need for gatekeepers in any genre. And whether we like it or not, as the voice to the largest audience ever assembled in country music this side of the golden era of the Grand Ole Opry, Bobby Bones is one of those gatekeepers.