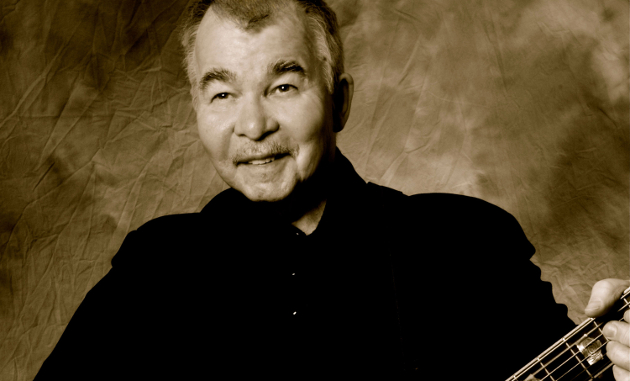 It’s not very common that you can preface a 70-year-old folk country songwriter that never had a big hit and the 14-year-olds in your family have probably never heard of as a “hot commodity,” but that’s exactly what John Prine feels like these days. Back in the day his career received a shot in the arm when folks like Kris Kristofferson and Johnny Cash championed his music, and today’s country and roots heroes like Sturgill Simpson and Jason Isbell are still doing the same. Prine shares an office with Sturgill in Nashville, and Jason Isbell’s daughter knows Prine like family.

And that’s not to mention that John Prine’s latest record For Better, Or Worse lured Miranda Lambert, Kacey Musgraves, Lee Ann Womack, Alison Krauss, and many more into the studio to duet with him, and landed him his highest-charting album of his career. Even Zac Brown Band’s upcoming album Welcome Home will feature a rendition of John Prine’s “All The Best.” Who says music is a young man’s game?

Beyond Words is a book from John Prine, or more aptly put, a book about John Prine, but don’t expect to bury your nose into a loquacious biography that’s maybe bisected by a section for glossy photos, but otherwise is a months worth of evening reading staring you in the face. Beyond Words is more like a songbook combined with a photo anthology in big, coffee-table form, with full color pictures from Prine’s past luring you to flip through and dig deeper, while the words and chords to many of John Prine’s most cherished compositions call you to pick up a guitar and sing along. 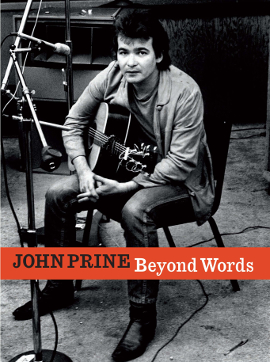 True to its title, there’s not a lot of verbiage in Beyond Words. Even when Prine adds little notes about pictures or songs, it’s two or three sentences tops. Perhaps it would have been nice to have four or five pages of a simple biography of Prine to begin this work, or maybe a forward from one of his famous musician friends to introduce Prine to your house guests who may pick up the book and be unfamiliar. Not as if any of this is necessary in the age of the internet, but if someone was raffling through they’d at least have a frame of reference.

What Beyond Words does have is some amazing photos of Prine’s career, and not just of Prine himself, but many of the other famous music folks he hobnobbed with over his tenure. There’s Prine with folks like Kristofferson and “Cowboy” Jack Clement of course, but there’s also some unexpected photos, like the picture of John with a very young, and very cute Bonnie Raitt, and an ultra-suave and hungry Tom Waits all hanging out together at the Grand Ole Opry House in 1973 or ’74. It’s photos like these, along the family shots and scans of what would become iconic songs scribbled on pieces of paper that really help put into perspective just what a charmed and storied life Prine has lived.

Not to sound like a pitch man, but Beyond Words really would make a great gift for a John Prine fan. So many books you can buy for your bookworm friends, but it’s a crap shoot if they’ll ever get a chance to read them in today’s busy world. Beyond Words can get lots of use as the centerpiece for a guitar pull with friends, a way to settle bets about specific lyrics, or just to sit back and behold the life of Prine and all that entails.

We’ve lost so many of the greatest songwriters in country and folk over the last few years, most notably Guy Clark in 2016, that it not only makes you cherish these elder statesmen of songcraft that much more, it has shifted Prine into some very distinguished company as one of the greatest living songwriters around. All the more reason to celebrate his contributions, and Beyond Words helps you do so not by showering him with praise from peers, but through illustrating his life’s work, and letting it speak for itself.

Purchase Beyond Words from John Prine