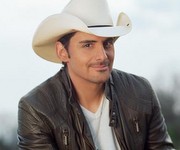 Okay look. Let’s establish something here right off the bat. Brad Paisley is the best guitar player in country music right now, hands down. He’s a cunning, brilliant lyricist, and a funny, creative guy and a naturally entertaining character who has put together a great country music career from his universal likeability that extends beyond the lemmings of the mainstream country format to reach many traditional and independent country fans.

But Brad Paisley is bored. And he’s been bored with country music for years now. It doesn’t mean he doesn’t love country. Brad is the savant of country music, but like the gifted kid in elementary school who when not challenged begins to lose focus or even lash out, Brad has fallen deeper into joke songs and gimmickry to keep himself engaged with country as time has gone by. He’s been boxed in by the rigid borders of the mainstream format. That’s not to say that “Accidental Racist” is a joke song. It is far from it except for the title. But aside from the obvious country rap arguments or the social commentary this song has already stimulated, this is Brad Paisley trying to keep his own music world interesting–a world where he’s mastered his instrument, won a CMA for Entertainer of the Year, and amassed as much wealth as any one man could need.

Listen to me. I don’t care what the intentions of this song are. And I’ll give you that some of its lines are well-written, including some of LL Cool J’s rapping parts. And I’m not just saying that as a positioning point. Lines like “Caught between Southern pride, and Southern blame” are hard not to feel. Brad does somewhat of a good job painting the dichotomy of the Southern experience, and the struggles and frustrations it embodies. But instead of mending wounds, “Accidental Racist” picks at scabs. And no, this is not a music opinion, this is simply an observation based on the reaction to this song that I’ve seen from various country fans and hip hop fans of many stripes and from many locales.

Because despite the optimism this song attempts to convey, “Accidental Racist” also conveys a level of judgementalism and reaffirmation of stereotypes that many people don’t appreciate. It seems to imply that if you’re a white man from The South, you have to work at not being racist. Just like if you’re a black Yankee, you have to work at not judging white Southerners. Even the title “Accidental Racist” comes across as an accusation. The term implies that you’re racist simply for being white and being born in the South. What an irresponsible accusation. And whatever happened to the idea of ignoring skin color? I thought that was the way we would end racism.

“Accidental Racist” is outside of what is relevant in music right now. Sappy racism songs went out of vogue in the 90’s. And it’s an oversimplification of the issue. Race in the United States is in a very fluid state at the moment. We have a black President. One of the largest concentrations of black Americans is in the South. If you’re white and living in Texas, you’re a minority. This is not 1991, and we’re not living in the shadow of the Rodney King trial. It doesn’t mean racism is dead, but in no way does it help to revert back to old platitudes and plays for emotionalism. 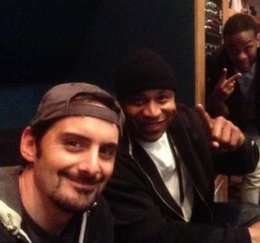 And frankly, I’m not sure I fully trust the intentions of this song. Why the gimmicky title if this is supposed to be such a ballad of complexity? Are we really trying to solve racism, or are we making a big splash to get people talking? And am I feeding this beast myself by writing these very words?

“Accidental Racist” is not just a country rap mix with controversial themes, this song is a play for an emotional reaction from the listener. Like Brad himself says in his song “This is Country Music,” “You’re not supposed to say the word Cancer in a song. But this is country music and we do.” And why does mainstream country music mention Cancer, children dying, troops dying, patriotic anthems, and other generic themes of emotional grandstanding? Because they’re easy, shallow tools to evoke an emotional response from the unguarded listener. They are the lyrical equivalent of the droning, catchy hip-hop dance club beat that can also be found in “Accidental Racist.” They are an easy, shameless, and shallow way to grab the attention of the teeming masses and their money.

And then we get to the whole country rap thing. After Jason Aldean’s huge country rap hit “Dirt Road Anthem” in 2011, 2012 was virtually void of country rap in the mainstream, and it seemed like it had been relegated to a small underground subset of country. But here in 2013 it has come roaring back to where you can now make the case it is the most dominant influence for male country music stars: Jason Aldean, Tim McGraw, Blake Shelton, and now even Brad Paisley–the last name on the tip of many traditional country fan’s tongues when they were asked to offer up a male radio star they could still respect. And “Accidental Racist” has done something no other country rap has done up to this point, not “Dirt Road Anthem,” not “1994;” it has awakened the ire of the hip hop community as well. Outside of country, this is the world’s first real interfacing with country rap, and as could be expected, they are appalled.

The way “Accidental Racist” is constructed, if you oppose it, then you’re a racist. This is the same accusation if you oppose any country rap. It also means you don’t want country music to progress, regardless of your true intentions, or how bad the song is you’re criticizing. “Accidental Racist” takes this dynamic to a whole new level. Brad Paisley wanted to make a country rap, and possibly to shield himself from criticism he added a theme tackling racism directly. But instead of shielding this song, the racism thread is where it went wrong. If Brad Paisley wanted a country rap hit, he should have just cut one. The walls separating country and rap have already been torn down, and he would just be keeping up with his mainstream country music brethren.

Do I think deep down in Brad Paisley’s heart he sees this all as marketing and that he doesn’t care about the whole racist theme at all? No, no I don’t. Anyone who tells you there’s no depth or wit in the lyricism is not listening to this song, or is too hung up with the whole mixing of country and rap to give it a real chance. I think in the genesis of this song was the heart of a good intention. But as the saying goes, the road to Hell is paved with good intentions, and it’s down that road that “Accidental Racist” steers country music, while having no effect on race relations in America.