For 32 consecutive years, bluegrass fans, folkies, country freaks and outcasts, and a cast of other cool characters from the roots realm and beyond have bivouacked at various locations around the Austin area under the heading of the Old Settler’s Music Festival. 2019 was the festival’s second season at the now permanent site about 45 minutes south and east of Austin near the BBQ mecca of Lockhart, and it was a resurgent year for the festival after weather and drama from moving to the new site put a damper on the previous year’s fest attendance.

The undercard was quite impressive as well, with songwriters like John Moreland and Hayes Carll taking the stage, ample bluegrass from the Del McCoury Band, The SteelDrivers, Mandolin Orange, and Austin’s local bluegrass outfit and recent beneficiaries of their own Grammy nomination, Wood & Wire. There were bands that focus on quieting crowds such as Ben Hunter and Joe Seamons, Penny and Sparrow, and The Lone Bellow, to soul-infused rock and rollers meant to get you moving like the James Hunter Six, Shinyribs, and Samantha Fish. Amanda Shires also played an inspired set on Friday, and was joined by husband Jason Isbell for a song near the end.

One of the most remarkable things about the 2019 Old Settler’s Fest might have been the reactions from the crowds. Sets for Mandolin Orange and Wood & Wire on the smaller Bluebonnet Stage ended in uproarious applause from incredibly-appreciable audiences rarely that enthusiastic at field festivals. The SteelDrivers are now carrying Kelvin Damrell as their latest replacement for the spot once manned by Chris Stapleton, and Kelvin may sound more like Chris Stapleton than Chris Stapleton does. When he belted out fan favorites like “Midnight Train to Memphis,” the crowd went wild. The enthusiasm from the audience was one of the first things Brandi Carlile recognized when she walked out on the stage Saturday night, feeling the need to bow even before she started her set.

Carlile remarked on how crazy of a year it had been for her so far after her three Grammy wins, and a marquee performance of her song “The Joke” to a national television audience that still has music fans buzzing. “I got an email from Sammy Hagar,” she said. “I got a call from Elton John, who said you’re seeing the results of keeping a good band together.” This was an appropriate setup to Carlile performing the stripped-down song “The Eye” with twins Tim and Phil Hanseroth who’ve been with Brandi since her beginning in Seattle.

Severe weather was a small threat Saturday morning, and Saturday evening turned unseasonably cold with a stiff north wind. But nobody left, and nobody turned back around, and the four days of the 2019 Old Settler’s Festival showed that in the era of the megafestival, enjoying music in a more family-friendly, not-for-profit, and community-focused environment can be a much more fulfilling experience for patrons and artists alike.

Photos below by photographer Brad Coolidge. Brad can can be found on Instagram and Twitter. Other select photos by Trigger. 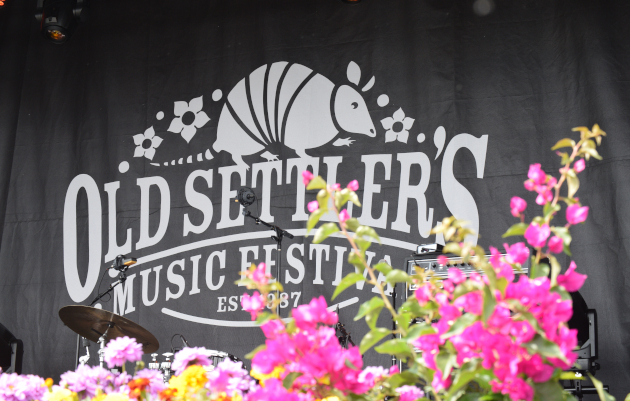